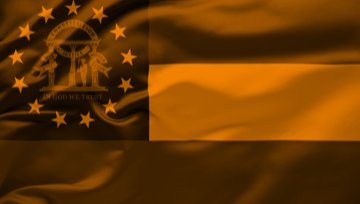 Sports betting isn’t legal in the state of Georgia but that isn’t stopping Atlanta’s pro teams from promoting wagers on their performances.  The four teams are lobbying the Georgia legislature to pass legislation that will make betting on sporting events legal in the state through mobile online casino sportsbook gambling.

The teams, the Hawks, the Falcons, the Braves, and United are at the forefront of advocating for a bill that would make it legal to bet on their games.

At present, there is no legalized casino gambling in Georgia. There is only one land-based casino in Georgia territory, located on a casino boat that’s docked off the coast of Brunswick.  The boat sails into international waters, three miles off the Georgia coast, and then opens its gaming tables for passengers to play their favored games.

Georgia has had a long history of being an anti-gambling state and little has changed in recent years, even regarding sports betting which the Supreme Court ruled could be legalized by individual state legislatures.  Even the prospect of seeing millions of Georgia citizen’s gambling dollars going to neighboring states that do allow sports betting has not swayed the Georgia legislature.

While almost a third of U.S. states have passed some form of sports betting legislation and another third are considering such bills, Georgia lawmakers have not shown much interest in bringing sports betting to the Peach State.

That may be changing.  Politically powerful leagues, teams and fans have begun a concerted campaign to allow sports enthusiasts to bet on sporting events in Georgia.  Analysts say that when you allow fans to wager on sporting events, fan engagement increases.  The four major teams – NFL Falcons, MLB Braves, NBA Hawks and Soccer’s United – say that now that gambling on sports is legal in the United States, Georgia needs to get on the bandwagon.

The teams have formed a partnership to lobby the state government as a ….team. They want Georgia legislators to pass gambling legislation. One observer noted that “It would help when they’re bad, it’s a reason to stay tuned, bet on them. And it’s no different than what is out there now with Fan Duel and Draft Kings. It’s gambling.”

A local fan commented, “I want to see the state revenue grow. That’s a good reason to allow gambling in the state.” His friend explained further.

“If I’m betting my money on this team, believe me I’m checking the internet and engaged. If you have a star, people will come watch, somebody like Trae (Young). If you’re a bad team people will bet on you because you’re bad and people can make money off that. If you’re good, same thing. If you’re middle of the road, it’s harder to judge and maybe you don’t bet as much.”

The four teams have a number of points that they hope will make an impact in the rotunda.

1) The teams assert that they are not going to make money directly on this venture (various betting platforms have deals with the leagues but the teams themselves will not be acting as The House).

2) The teams will use proceeds to fund the Hope Scholarship, a scholarship program to help Georgia residents attend post-secondary educational institutions.

3) No betting kiosks will be located in the arenas, so as to not create “mini casinos”

4) Bets would be facilitated via mobile phone which would eliminate the image of bookies in the stands.

One proponent, currently working with the teams to get the legislation passed, said, “There is so much money being gambled off shore, off the books, that if we found a way to legalize it and regulate it and make sure that you protect the competitive integrity of the game, I think you're in a better place. It’s not about creating new gamblers. It’s about taking a big portion of people engaged in offshore gambling and bringing them back and letting Georgia benefit from the revenue and letting us engage with those fans.”

Could this effort backfire on the teams?  The teams are framing their argument as one that shows sports betting as good for the community. But detractors argue that, by allowing legal sports betting, gambling addictions will proliferate.  The teams might not suffer from new incidences of problem gambling but society will.

The teams stress that they will be on top of this.  Betting would be done by phone and only on team-approved “stats.” All of the pro leagues have guard rails on the type of bets that can be placed.

College sports involving Georgia teams would be excluded under the proposed bill.

If the teams’ main goal is to engage the fans more intimately, experts disagree over whether introducing sports betting will work.  They say that fans get distracted when the game is long and drawn out, with too much commercial time between quarters, innings, possessions, etc. Too much TV time out just causes them to change the channel, regardless of whether or not they have a bet riding on the outcome.

In addition, many fans are put off by the high ticket and parking prices which they find offensive, especially in light of the fact that the teams haul in millions due to their TV deals.

Some fans have begun to see themselves as pawns to be squeezed.  The teams are focused on taking in as much money as possible.  Detractors say that, regardless of the teams’ argument that they won’t earn any money from the introduction of sports betting, at some point, they will find a way to milk the cow.

Fantasy Sports is legal in Georgia.  Both FanDuel and DraftKings operate in the state and it’s extremely popular.  Pro-sports betting forces say that there’s no difference between allowing fantasy sports to operate and legislating regular sports bets.