Pros and Cons of Playing Casino Games with Cybercurrencies 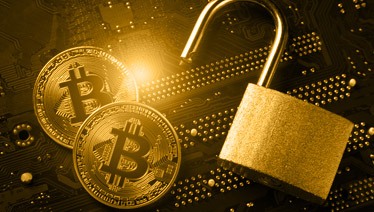 The term "cybercurrency" was introduced in 2009 but it has already changed the way that many people in modern society conduct their business transactions. For Grande Vegas casino players and other land-based and online casino gamblers the decision about whether or not to use a cybercurrency is a serious one. Financial advisors have developed a guide for casino players that will give them an overview of the cybercurrency-alternative for the 21st century.

More and more casinos are accepting cybercurrency payments and delivering winning payouts via cybercurrency.  Within the space of 10 years the concept of a virtual currency has gone from the realm of science fiction to reality. Gamers make their deposit using bitcoins or any of the other cryptocurrencies that are available. The cybercurrency is converted into the casino's standard currency (Euro, USD, CAD, etc) and the deposit is processed in a manner that's similar to making any standard credit card, wire transfer or ewallet deposit.

Some gamers find that this is the most efficient way to conduct their ebanking with their casino. They bypass the bank and don't have to worry about exchange rates. Others are uncomfortable with the new and technical digital currency.

Before you make your decision about whether to use bitcoins (or any other cryptocurrency) or not, check out the advantages and disadvantages.

Cryptocurrencies are described as a peer to peer electronic cash system. It is designed to work as a medium of exchange using cryptography to verify and secure transactions. The cryptography allows users to control the creation of new units of any specific cryptocurrency. It is completely decentralized, meaning there is no central controlling authority and no servers are involved. It's like sharing files but there's a value to the files.

Blockchains keep the records of all transactions. The blockchain is open to everyone so every member of a network can see every account holder's balance by viewing the user's public key (wallet address) and the amount of coins transferred. Transactions are signed off by the sender with a private key. The transaction is confirmed and is then broadcast in the network.

There are numerous advantages to using these "alternative coins" – often referred to as altcoins.

Many people find it advantageous to use cybercurrencies because of the privacy that it ensures for users. Both casino owners and players enjoy a higher level of privacy through placing bets and collecting wins with cybercurrencies than they do using traditional currencies.

This is especially apparent for players in countries that have not yet legalized gambling. In those countries banking institutions will not process transactions to and from the casinos and players must find alternative ebanking methods in order to play. Bitcoins and other alternative coins provide an option that gives real money gamblers a chance to compete for cash prizes without the need of a third-party payment institution that facilitates deposit payments and prize payouts.

For many people the privacy component of cybercurrencies is the deciding factor that moves them towards that method of casino banking. No one can check their bank balance to question their casino activitiesWhile all transactions are publicly available in the blockchain cybercurrency wallet owners are not identifiable  so the transactions remain confidential, between the player and the casino.

Deposits and withdrawals using  cybercurrencies are instant. While the majority of contemporary ebanking institutions offer instant deposits, withdrawals generally take several days. When you use a cryptocurrency you can withdraw your funds instantly,

If you decide to use cybercurrencies for you deposits and withdrawals you'll save money. There are no fees for bank transactions and there is no need to worry about fluctuating exchange rates or pay the high exchange rate percentages that are generally charged by ebanks that work through wire transfers, credit and debit charges and ewallet transactions.

When a cybercurrency transaction occurs the transaction is stored in a public ledger. The identities of the coin owners are encrypted so that the legitimacy of record keeping is ensured. The currency is decentralized so no bank or government has any control over it. This protects you from fraud or threats of confiscation.

Ledgers ("known as transaction blockchains") ensure that all transactions between “digital wallets” calculate an accurate balance. Transactions are checked to ensure that coins used are owned by the current spender. The blockchain technology secures digital transactions through encryption so there is no threat of hacking or fraud.

Not everyone is convinced that cybercurrencies are the way to go for casino entertainment activities. There are disadvantages to using bitcoins, especially for online casino gambling. They include:

Cybercurrencies are volatile. The exchange rate can move up or down very quickly. Whenever the exchange rate moves negatively against the dollar, users lose in the conversion.

Casinos that use cybercurrencies aren't obligated to hold a license that's issued by any particular jurisdiction. That means that, if you have a claim against a casino, you might not have anyone to whom to turn (as you would if, for instance,you were using a credit card and filed a complaint with the credit card company).

If you've decided to use a cyber currency you'll need to set up your cyber currency wallet and download an encrypted wallet to your computer/mobile device.

Fund your wallet – someone can transfer bitcoins from their wallet to yours or send a bank wire transfer. Don't forget that a special key is generated for every transaction.

Check that your casino accepts cyber-currency transactions. For instance, if you're using bitcoins, identify the string that is generated and copy/paste that string to determine the number of bitcoins that you want to transfer. The transfer is instant and irreversible.

The bitcoins will be converted into the desired currency at the time of the transfer.