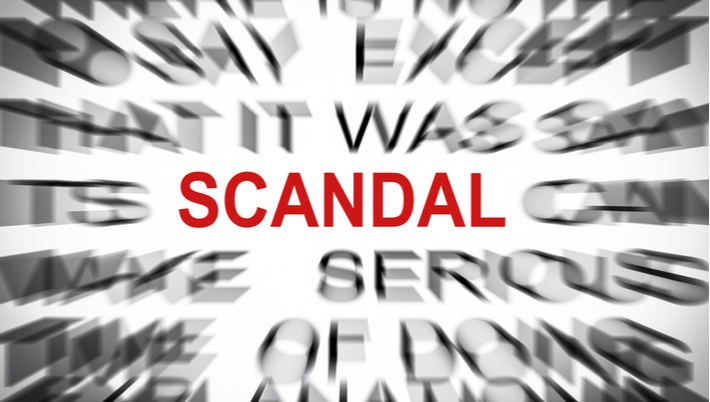 The biggest poker controversy of the century involved an unknown, low-stakes poker pro who was accused, and ultimately exonerated, of cheating his opponents out of hundreds of thousands of dollars in a live-streamed game using high-tech online casino methodologies. What people find the most fascinating is that someone could openly cheat during a live-streamed Twitch game.

In January 2019 a no-limit hold’em online casinos poker game was streamed on the Stones Live broadcast, a weekly show where viewers can watch the pros compete for tens of thousands of dollars. Audiences can see both face-up cards and face-down cards because of the RFID sensors that are implanted in the cards.  Games are broadcast on half-hour delays to prevent any information from being relayed to the players during the games.

In January 2019 two regular players, Jake Rosenstiel and Veronica Brill, were watching the play and commenting on the action when they noticed that player Mike Postle was involved in a hand with pocket 6s. The ante had been raised twice, first to $100 and then to $350 and Postle and 4 other players called – the two initial raisers and two other players. That meant that five players were in for the flop for $350 each. The pot was nearly $2,000 with the flop at 2-3-4 with two clubs.

After Postle checked his pair of sixes,  $680 was called by one player and a second player then called a second $680. Postle called as well. The pot was now close to $4000 and Postle had a straight to the 6 on a turn of 5 of clubs. Now, potentially, another player could complete a flush. Postle and the next player checked and the third player laid down his last $2500, making the pot now worth over $6500.

Mike folded and that caused Brill to start to wonder. The folding was not new -- Brill had seen players fold worse hands to a better hand. But she started to wonder about incidents that she’d previously put down to Postle being one of the loosest players in the game.

Postle was known as a player who could take marginal hands through, who could play nearly half of the hands that he’s dealt, and who could brushes off bluffs like most people brush a fly off their nose. But the move made Brill start to remember how Postle seemed to always make the right decision. He always knew whether he should raise or call, hold or fold.

Several months later, in another Stones Live broadcast called Live at the Bike, Postle was  playing in a large $10/$25/$50 no limit hold’em game. Postle faced  poker vlogger Marle Cordeiro with a jack and a queen. The flop was 8-9-J which gave Postle top pair with a draw to a straight. Cordeiro bet $200 and  Postle called. After a 4 turn, Postle checked and Cordeiro bet $600 bringing the pot to nearly $1,400. Postle folded, revealing that  Cordeiro had flopped the joint with a queen and a 10 -- a “the nut straight.”

The second incident pushed Brill to make her suspicions known. She told Stones Gambling Hall that she suspected Mike Postle of cheating. According to the Gambling Hall, they investigated Postle and found no evidence of cheating.

Brill then contacted popular YouTuber and poker podcaster Joe Ingram with her suspicions. Ingram studied Stones Live archive footage and reviewed clips. He spoke about his investigation on his channel and the subject drew a lot of attention as fans joined in with him to analyze data, scrutinize Postle’s hand movements, comment on bulges in his clothing, search for information about his family life and create scatter plot diagrams of the plays. Everyone had an opinion and every night the dialog about the issue would continue on Ingram’s show for several hours.

Postle defended himself and declared that he was innocent. He credited his decisions to instincts and his knowledge of “human behavior.” Stones Gambling Hall paused the live broadcasts while an external investigation was conducted. ESPN’s SportsCenter covered the controversy and everyone, it seemed, had an opinion.

Why did Postle always keep his phone on his chair under the table? Why did he glance at his phone before he made any decision? Why was his left hand always holding the phone? Why did his hat have a strange bulge? Why were his keys in the same place on the table at all times?

There were other clues as well. In 69 games, Postle won 62. Although his play was known to be erratic and high-variance, his results were surprisingly consistent. He wouldn’t play non-streamed games and didn’t play sizable no-limit games. He would always pick up his chips and leave after the live stream would end, as opposed to continuing with the game the way that most poker aficionados do.

In the end, it was determined that Postle received hole card information, probably through his cell phone, to win his games. The information was received via the RFID radio-frequency identification chips that were implanted in the cards for the live-streaming audiences to see players’ “down” cards. The information, they said, was received through unknown accomplices.

Over 90 players joined together to sue Postle, the Stones Gambling Hall and its poker room manager, Justin Kuraitis. The lawsuit claimed that Postle won about a quarter of a million dollars in the streamed games and that the games occurred only at Stones.

In October 2020 U.S. District Court Judge William Shubb dismissed the suit, citing California law that stated that, “Unlike damages stemming from the rake, these damages are quintessential gambling losses that are barred for recovery by California public policy.  Accordingly, California’s strong public policy against judicial resolution of civil claims arising out of gambling disputes mandates the dismissal with prejudice.”

In dismissing the charges, Shubb gave plaintiffs 20 days to resubmit an amended claim since the rake can be considered a fee paid to ensure that the game is fair. Maurice “Mac” VerStandig, the lead plaintiffs’ lawyer, indicated that the plaintiffs would probably refile.