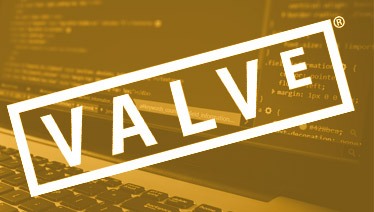 The Quinault Nation, which owns and operates the Quinault Beach Resort and Casino in Ocean Shores Washington, has filed suit against Valve Software. The suit alleges that the Vegas casino software giant is making it difficult for regulated casinos to operate.

The Quinault nation notes that, as a gambling venue that is heavily regulated by both state and local governments, it is unable to offers “skins gambling” and therefore is at an unfair advantage in competition with Vault.

Anti-gambling activists are concerned with the new phenomena of ‘skin gambling’ in which players exchange virtual goods that they've bought or won in multi-player games for virtual gambling chips. Young players, including children, are gambling millions of dollars-worth of “skins” each year and, critics say, it draws vulnerable players into gambling activities where they can lose significant amounts of money.

Players can buy skins by depositing money into an account on Steam, Valve’s multi-player gaming platform. The cash is then converted into credits and the gamer can user the credits to buy skins for games in the Steam Market. Skins can be stored in the player’s personal Steam library but the credits cannot be converted back into cash again. Skins are ranked in order of their popularity with the most popular skins costing the most.

The value of skins has increased as their quality and look improved. They are now regarded as an online currency which Valve operates via the Steam open application programming interface (API). Players can also purchase intricately-designed skins on unaffiliated third-party sites outside of Steam. Such purchases are facilitated via online payment tools like PayPal and through various cybercurrencies.

Players can log in to their Steam account to access their skins. The skins are then used as a virtual currency for additional third-party site activities, including gambling.

The Quinault tribe and other casino owners are concerned because skins are now being used as currency to bet on casino-style games of chance such as roulette and coin flips. Some of the sites such as CS:GO Bux, CS:GO Wild and CS GO Fast run roulette spins as frequently as every 30 seconds. Participating players deposit their skins and the skins are then converted into jewels or coins of different value. The gamer can use those coins or jewels like chips at a casino to wager on games of chance.

If a player loses, the balance of coins or jewels goes down. If he wins he receives more jewels or coins. Chips can be used to either purchase additional skins or place new bets. Coins can be purchased via a credit or debit card, by referring friends to the game or by exchanging skins for their value in coins. Bets can also be made with virtual coins that can be redeemed for cash.

There’s no age verification process in place on these sites and critics tell stories about teens and children even younger gambling away their skins -- losing significant amounts of money in the process.

The Quinault suit states that “Valve is well aware of the skins gambling that goes on, is well aware that skins have real world cash value, which has increased their popularity and value, and actively encourages and facilitates skins gambling.” The tribe faces an uphill battle – in 2016, a class action lawsuit against Valve and its game, Counter Strike: Global Offensive, was dismissed. The suit alleged that Valve was promoting illegal gambling with its game but the judge decided against allowing the suit to move forward.

Valve maintains that it has no relationship with third-party gambling sites and it is actively trying to distance itself from sites that use the company’s Steam gaming marketplace for gambling. In 2016 Valve shut down the Steam accounts used by 40 such sites.

The Quinault lawsuit alleges that, despite all the recent attention to the dangers of skins gambling, Valve continues to facilitate it because skins have been instrumental in the success of games like CS:GO. “Valve has profited handsomely for years from illegal online gambling, and has made only token efforts to stop it,” the lawsuit says.

The lawsuit focuses on the dangers of skins gambling but the tribe’s concern obviously revolves around how skins gambling hurts casinos. This was noted in the document that the Quinaults submitted to the court. Regulated casinos, such as that run by the Quinault tribe, must pay fees and taxes to state and local governments and must demonstrate that it ensures that its patrons enjoy fair and secure gambling conditions. The lawsuit argues that Valve doesn’t do any of that which creates an unlevel playing field.

The case of the Quinault tribe vs. Vault is the latest example of how Washington state has become a battleground over the legality of online gambling. Last year the federal appeals court ruled against the then-parent company of Seattle-based Big Fish Games. The decision found that Big Fish Games was facilitating online gambling because, under state law, the company’s casual casino games’ chips represent a “thing of value” since participating players can’t play without them. The Quinault suit also mentions the “thing of value” clause which, legal experts say, is vague. The Quinault suits says that the skins are valuable because they can be sold for real money on third-party websites.

The Big Fish Games suit, combined with the Quinault suit, may have significant implications on the mobile gaming world. Many popular games use the concept of a virtual currency -- of some sort -- that can be purchased or reloaded in order to continue playing.

In its suit, Quinault compares casino chips to skins and a bar where backroom gambling happens to Valve. According to the lawsuit, Valve knows about what’s going on and isn’t trying to stop it. “Users buy chips from the bartender, gamble in one backroom and cash out in another, all under Valve’s roof.”