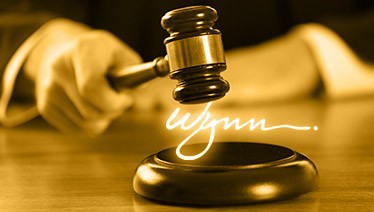 The Nevada Gaming Commission slapped Wynn Resorts with a $20 million fine for their failure to investigate claims that founder, former board chairman, and former CEO Steve Wynn had sexually harassed at least eight women. The eight women were employees of Wynn Resorts and said that they were harassed during work time in their workspace.

The Commission’s four members were unanimous in their condemnation of the company which, they said, damaged the state’s reputation for not only failing to investigate the claims but for actually covering up the issue.

The fine is the largest ever levied against either a land-based casino or an online casino company in Nevada. It’s almost 4 times the previous high of $5.5 million which CG Technology was forced to pay in 2014. That fine was levied after the sportsbook admitted to taking wagers from outside the state, making incorrect payouts to 1,483 bettors, accepting wagers for events after the events had concluded and misconfiguring a satellite sports book betting station for Super Bowl 2018.

Wynn executives who attended the hearing and heard the Commission’s conclusions were in shock. The commissions who spoke said that they didn’t want to destroy the company’s bottom line but to make a statement. The fine equaled approximately 4.2 percent of Wynn Resorts’ net income for 2018. But Wynn Resorts will be left with the legacy of being the company that amassed a record fine.

Over the last year, the company has made a wide range of changes at the executive and board levels as well as policy changes that confront the issue of sexual harassment in casinos. But the commissioners, who praised the company for the changes, said that this wasn’t enough – changes need to be made regarding corporate culture nationwide and their fine was a signal that they intend to promote that change.

“It’s not about one man,” commissioner and former federal court judge Philip Pro said, speaking about Steve Wynn. “It’s about a failure of a corporate culture to effectively govern itself as it should.”

Steve Wynn continues to deny all harassment accusations and he did not attend the hearing. Wynn Resorts CEO Matt Maddox and Board Chairman Phil Satre spoke before the commission. They outlined the many changes that the company has made over the last 13 months.

These moves include separating from Steve Wynn who left his position as Chairman of the Board and CEO of the company, refusing to pay Wynn severance, hiring three new women executives and remaking the company’s board of directors with the inclusion of 50% women.

In addition, Wynn Resorts launched a “Women Who Thrive” speaker series for employees, instituted a new parental leave program that gives six weeks of paid time off for all new parents and instituted a program of sexual harassment training for all employees to be overseen by an independent compliance committee.

After the commission meeting, a Wynn spokesperson said “We are pleased that the Nevada Gaming Commission has recognized the company’s transformation and ‘refreshed culture’ over the course of the last 12 months and acknowledged the ‘paradigm shift’ that has occurred within the company. The completion of the review by Nevada regulators is an important step forward, and we deeply appreciate the trust and confidence they have placed in the new leadership of Wynn Resorts to ‘grow and prosper.’”

Nevada attorney Dennis Gutwald criticized the commission for not having gone far enough. They did not, Gutwald said, punish the perpetrators.

“It’s regrettable that many of the individuals that are involved are no longer there so that the fine affects the company much more so than any individual." Gutwald did see the possibility that the commission could fine Steve Wynn in the future, even though there were some potential legal issues since Wynn is no longer an employee at the company.

“They’ve left that as an option, so we’ll see where they go with it,” Gutwald said.

Another Nevada gaming attorney, Kate Lowenhar-Fisher, partner with the Dickinson Wright law firm, reacted to the news of the fine. She said that the huge amount was meant to send a message to the casino industry that sexual harassment will not be tolerated.  “I don’t know what the magic number is that sends a message, but $20 million certainly does,” she said. “These types of really big messages sent by our regulator are intended not only to punish the company involved, but to alert everybody else that if you need to clean up your act, then you better do it.”

Lowenhar-Fisher agreed with Gutwald and said that Steve Wynn will likely “encounter a similar financial reckoning” in the near future.

For Wynn Resorts the fine, while a shocker, means that they can move past the Nevada Gaming Commission and think about the future. The implications of Wynn’s actions for the casino company, however, are still very present. The company is gearing up to face the Massachusetts Gaming commission which must consider whether to allow Wynn Resorts to keep its license for the Boston Harbor Encore casino project.

The commission has been investigating whether company executives lied or withheld information when they applied for the license in Massachusetts.

The commission has been investigating the subject over the last year and was scheduled to release its findings last month. However, Steve Wynn filed suit to prevent the commission from publicizing its findings because, he claims, doing so will violate lawyer-client confidentiality to which he is entitled with his attorneys.

Wynn filed suit against the Massachusetts Commission and its lead investigator, Karen Wells, as well as against Wynn Resorts. Clark County District Court Judge Elizabeth Gonzalez has temporarily blocked the release of the commission’s report

Wynn’s Encore Boston Harbor project is in the final stages of construction and is scheduled to open in June. The Commission can allow the project to proceed as scheduled or they can withdraw the license from Wynn Resorts and allow another casino company to buy it.

At present, the Massachusetts Commission is waiting for the order blocking the release of the report to be lifted. Once that happens an adjudicatory hearing can be scheduled in Boston to address the issue and decide on a solution.