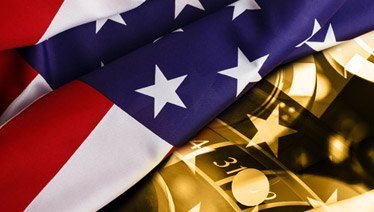 Now, as some have earlier reported, other US states are feeling more pressure to make online gambling by state residents officially legal.  This would cause a sweeping change in how Rhode Islanders gamble online.  Until now, Rhode Islanders could gamble at offshore sites.  These sites may or may not have been regulated as to their business practices.

By legalizing online gambling, Rhode Island would be declaring in no uncertain terms, that it will allow online gambling at state approved sites, which would mean that the state would approve as many online gambling sites as it could regulate and no others.

The only question remaining for now is whether the rumors about Rhode Island’s intentions are true or false.

Rhode Island, like almost every state in the United States, is facing a massive budgetary crisis.  The state doesn’t have enough money to meet its budget so it has to raise money somehow.  One way would be to license and regulate online gambling for state residents.

This would raise tax revenues on winnings and casino profits without the state needing to raise taxes state-wide or borrowing money.

A corollary to the idea to regulate and legalize online casinos is that the legal gambling vehicles the state has relied on for years are returning less revenue to state coffers.  Lottery ticket purchases are way down.  This might mean that gamblers are using their gambling money elsewhere or are souring on gambling altogether.  The former is thought to be much closer to the truth than the latter.

The news that lotteries were not the popular gambling option anymore came as a big shock to state officials, but it shouldn’t have.  The state treasurer has known for a long time that lotteries were providing far less revenue than they traditionally had.  Lotteries were a growth industry in the state and nationwide for decades but in May the lottery board made it official that revenues were way down.

Concomitant with Rhode Island’s need to raise revenues and that an erstwhile good source of revenues is rapidly losing favor with the gambling public, is the specter of a twenty five year old law called the Professional and Amateur Sports Protection Act of 1992 (PASPA).  The law was meant to protect athletes and sports leagues from undue influence based on the presence of millions if not billions of dollars in sports betting money.

As complicated as the law is, it disallowed all but four states from allowing sports betting.  New Jersey has taken the case to the United States Supreme Court which will decide if the law meets the requirements set forth in the US Constitution.  If the court decides that the law is and has always been unconstitutional, it will make not just sports betting but all online casino gambling legal under the constitution.

Hanging on the Court’s Every Word

If the law is declared unconstitutional, every state will implement statewide legal online casino gambling.  The states that are already planning for such an eventuality will have a head start.

Nick Mattiello, the Speaker of the House (a high state political position) stated that if the PASPA is struck down by the Supreme Court, “I would be very interested in such legislation for Rhode island.”  The legislation he was referring to would be a comprehensive legalization of not only sports gambling but online casino gambling as well.  He iterated that the many details that would need to be worked out could be worked out and…”done properly.”

David Ortiz, spokesman for Governor Gina Raimondo made it clear that the Governor was also onboard as being sympathetic to a new online gambling law for the state.  Ortiz said: “The Governor is open to considering legalized internet sports betting in Rhode Island if the Supreme Court opens a path for the states to take action.”  Reading between the lines, the Governor wants deniability if the voters unite against legalized online gambling; sports betting would likely be just the start as the state needs revenue from all aspects of gambling winnings and profits; and the onus is on the Supreme Court to “allow” Rhode Island and all other the states to regulate online gambling in their jurisdictions.

The flashpoints in the battle to reap benefits from the reality of online gambling have been New Jersey whose Governor, Chris Christie, brought the case to the Supreme Court and Pennsylvania which has gone “all in” with its new law allowing and regulating online gambling.

The swiftness with which rumors began speculating about Rhode Island’s intentions might indicate that some people in Rhode Island are testing the waters to see if residents of the state are willing to take on the responsibility of regulating online gambling.

This issue will surely not go away regardless of the Supreme Court’s decision.  Most court observers think that the court will issue its decision as soon as in the Spring.  If the court decides that the PASPA is unconstitutional the floodgates would open immediately and online gambling in the United States, regulated at the state level, would soon become a widespread reality.  If the court decides that the law is indeed constitutional, the case would likely find its way to the Supreme Court again.

In any case, online gambling operating in the richest market in the world (USA) may be a totally legal fact of life - sooner than we think.