Reimaging Vegas for the 21st Century 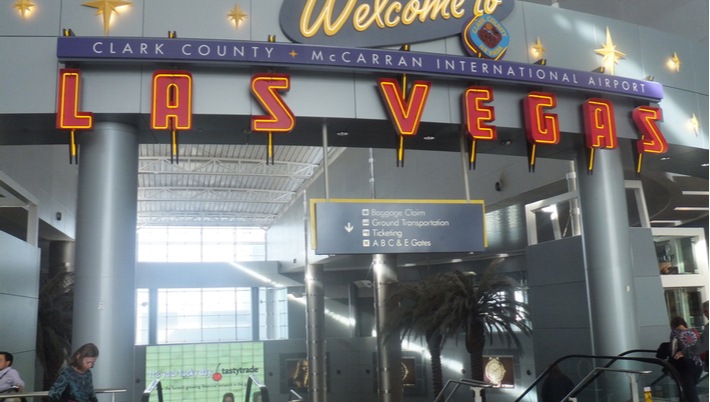 When the COVID-19 pandemic hit, it was assumed that the shutdown would be a disaster for Las Vegas. Casinos closed for months and when the reopenings came, they happened slowly. Many workers left the city, casino patrons started to turn to the  online casino and the struggles of a nation could be summarized by the endless “closed” signs seen up and down the Vegas Strip.

Now however, the city is looking better than ever. New casino resorts have reopened and there is expanded convention spaces, innovative restaurants, cultural destinations and family-friendly attractions. All this is starting to signal a return to normal.

Vegas and the Pandemic

Throughout the pandemic, Las Vegas struggled. In some ways, it had bigger hurdles to overcome than other tourist destinations because most Vegas attractions involve indoor entertainment which left  visitors little to do once the casinos closed.  Data from the Las Vegas Convention and Visitors Authority (LVCVA) showed that visitor volume since February 2020 dropped nearly 54% when all casino resorts closed. Some of the older casinos haven’t yet reopened.

The big picture, however, shows that Vegas is healing and even looking forward and upward. As more and more Americans receive their vaccinations, travel becomes less risky. Quite a few foreign countries are designated as undesirable travel locales for Americans because of COVID outbreaks.

Additionally, many Americans are wary of traveling overseas. Now, Vegas has become a highly desirable travel destination for travelers of all ages.

Lori Nelson-Kraft, senior vice president of communications for the LVCVA spoke for the Vegas tourism industry when she said, "There's not only pent-up demand for travel, there's pent-up demand for the unrivaled Vegas experience. We anticipate visitation to Vegas growing stronger with each passing month."

Despite the downturn of the last 15 months, there are new resorts opening in Vegas. One of the most opulent is the Virgin Hotels Las Vegas which opened in March. It was rebuilt on the space previously occupied by the Hard Rock Casino Hotel and was conceptualized to resemble the former landmark.

There are 1500 rooms, a 4500 seat entertainment center, a 60,000 square foot casino and pool area that features an event lawn and a Mykonos-themed day club.  The Nobu and other iconic Hard Rock restaurants are still on-site along with the popular One Steakhouse.

Virgin is giving visitors plenty to draw them in with free parking, zero resort fees and free WiFi because, said JC Hospitality CEO and president Richard Bozworth, "We really wanted to establish ourselves from the beginning as doing something totally different. I think we've achieved that goal." Given customer resentment over the addition of such fees to already-hefty prices at other hotels, Virgin might just be on to something with this concept.

A second new resort-casino that will open this summer is the Asian-themed Resorts World Las Vegas which was built on the site of the old Stardust. Resorts World. The 59-foot structure will include three hotels, a 117,000-square-foot casino, banquet and meeting space, 7 swimming pools, a spa, a 5,000-capacity concert and entertainment theater which is scheduled to highlight Katy Perry, Luke Bryan, Celine Dion and Carrie Underwood in the near future. Elon Musk’s underground tunnel will connect Resorts World with the Las Vegas Convention Center.

Circa Resort and Casino will open their 777-room resort casino in downtown Las Vegas, the city’s first new downtown casino to open in more than 40 years. The casino will feature one of Vegas’s largest sportsbooks, the Stadium Swim pool and, as owner Derek Stevens has in his Golden Gate Hotel and Casino on Fremont Street, a Bitcoin ATM on his casino floor.

In the years leading up to the pandemic, businesses have been trying to diversify from the casino model with other types of attractions, both for adults and families. Elon Musk’s underground shuttle connects much of Las Angeles through the Las Vegas Convention Center Loop with the all-electric Teslas.

The convention center itself has expanded and now encompasses a 3.2 million square foot campus so the pedestrian shuttle can transport convention attendees from one facility to the next in the all-electric Tesla vehicles. Future plans are for the tunnels to connect to the airport.

CEO Winston Fisher said he sees AREA15 as a "content box" where visitors are invited to experience "memory creation." "We have created this imperfect space with a mishmash of incredible art and interactivity that comes together and just hums," Fisher said. "These days, originality is important, and that happens to be something we do well."

Even the dining scene has grown during the pandemic.

Chef James Trees has opened Al Solito Posto, where he brings his skills as a James Beard award finalist to the Arts District in Tivoli Village for classic Italian dishes.

Other new restaurants on the Vegas scene include the Wynn’s Delilah Art Deco-themed supper club,  the Aria’s Din Tai Fung dumpling and noodle house with its famous Kurobuta pork in Shanghai-style soup and the Spring Valley Milpa Mexican restaurant.

Vegas businesses continue to expand their offerings to families and non-gamers with a variety of attractions.  These attractions have added COVID-19 friendly restrictions including mandatory mask-wearing, limited seating and more.

They include  the Nathan Burton Magic Show at Planet Hollywood Resort and Casino where Nathan reads minds, makes people disappear and performs other acts of magic, the High Roller at the LINQ Ticket which takes riders on a 30-minute 550-feet journey into the skies of Vegas, a night helicopter ride, bus tours, a gondola boat ride with a stop at the famous Madam Tussard’s Wax Museum, a David Copperfield show at the MGM Grand, a hot balloon ride over the Mojave Desert, jeep tours of Hidden Valley, ziplines, kayak-cave tours, variety shows, horseback riding and more.

Adults will find plenty of evening entertainment with headliner comedy, music and other types of shows. All venues are careful to adhere to all health restrictions regarding COVID guidelines.