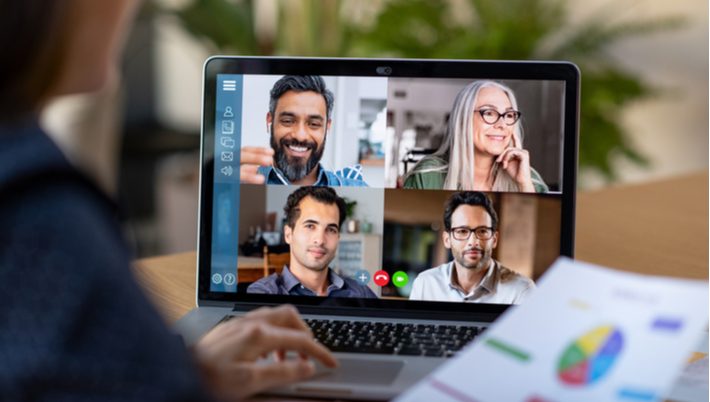 It’s no secret that the number of work-from-home employees has skyrocketed this year. In the United States alone close to 18 million people now work from home and estimates are that the numbers will continue to rise as employers find that they can save on office costs while they enjoy the same – if not more – productivity from at-home workers. Even before the pandemic, the remote workforce in the United States rose by 173% between 2005 and 2018. Today, it’s estimated that 42% of the American workforce works from home.

For some employers, one of the biggest challenges of having their workforce working remotely is the absence of team-building activities. Team-building activities have been shown to improve productivity in the workplace by facilitating better communication between staff members and between departments, improving morale, increasing workers’ motivation, helping management to identify leadership qualities, encourage creativity, increase confidence levels and improve employees’ mental health.

Now, the gaming community is stepping in to show employers how online gaming activities can ensure that team-building activities take place through online play and perks like a casino sign up bonus. There are as many options for remote team-building as there are for in-person team-building, thanks to online video and online casino games to ensure that employers can maintain the same levels of worker engagement as they would if they were all in the office.

Team-building is meant to be part of an organization’s development structure. It involves organizing job roles around clusters and is meant to convey the message that working together is the most important element of any organization’s success. Team building exercises aim to maximize team performance with the goal of improving output, productivity and satisfaction.

The corporate world has discovered what gamers have known for years: skills learned from game playing apply to other environments as well.  When you play games as part of a team you must learn to rely on communication skills so that your team can advance.  Many games also focus on problem-solving skills. Some online team-building games are similar to those played in the real world – board games, pictionary, jigsaw puzzles, etc.

In recent years many of the online team-building events have involved video games. In their 2018 AIS Transactions on Human-Computer Interaction study, researchers from Brigham Young University determined that newly-formed work teams showed a 20% increase in productivity after they played video games together. After just 45 minutes, the researchers found, employees exhibited heightened cooperative behaviors which resulted in real-life benefits for their employers.

One of the project’s research coordinators, associate BYU professor Mark Keith, said,  "Team video gaming may truly be a viable — and perhaps even optimal — alternative for team building."

Among Us is one example of how video gaming is being used by employers to enhance their organizations’ employee teams. The multi-player Among Us was released in 2018. In the game, players are dropped into an alien spaceship. Players are assigned roles – either as an “imposter” or as a “crewmate.” The crewmates must complete tasks while trying to avoid getting killed by imposters. Players who complete their tasks and avoid being killed or voted off the spaceship win.

Among Us attracted little attention until 2020 when streamer Chance Morris – also known as Sodapoppin – began to broadcast his streams on Twitch. Sodapoppin has 2.8 followers so it wasn’t long until the game was attracting the attention of major influencers and other streamers. Viewers, among them young kids, became hooked as they played their own Among Us games and in September 2020, the game started to be noticed by others, first by educators who took note of their students’ fascination with the game and then with human resource professionals who saw the game as an opportunity to promote community.

In some of the initial team-building activities, Among Us was used to show how a few disruptive people can negatively impact a workplace and prevent the job from getting done. It has also been used to demonstrate how a team needs to work together to overcome such disruptions, how to trust “crewmates” and how to figure out a way to work with different personalities in a way that is effective.

Successful team-building events have focused on the roles that each individual takes in order to see a task completed. A number of events have followed the model of letting all players share their ideas regarding how tasks can be completed without anyone getting killed. Then, one of the group, the elected leader, shares the plan and facilitates communication within the group to ensure that everyone moves through the map as either one unit or as several smaller units to complete the tasks while guarding each other from the “imposters.”

Periodic meetings among the group members ensure that everyone is on the same page and a final  review meeting summarizes the various successes for all.

Ricky Hayberg is the host of Internet Today, a tech and culture YouTube channel. He is enthusiastic about the game. “There’s more natural conversation that arises from it. It’s more of a party game. You’re kind of just hanging out with friends and the game is secondary,” Mr. Hayberg said in a New York Times interview. “To excel at the game, you have to know if people are lying, telling the truth, and their general personality.”