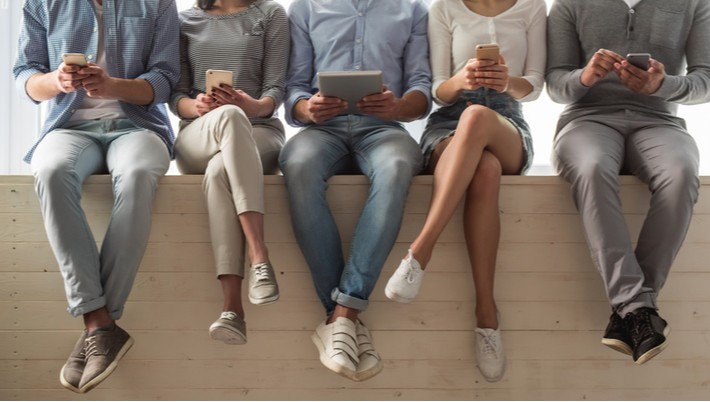 Facebook Vegas casino online Gaming has launched with a bang. The new online casino Facebook venture was able to take advantage of the Microsoft Mixer demise and pick up an immediate community of streamers, viewers and fans.

Facebook Gaming is based on the Facebook platform. It ties in with all of Facebook’s other features and tools but can also operate as a stand-alone app. Players start new games within the conversation on the FB Messenger app (also a stand-alone app) or through a Facebook Search in the News Feed.

Fans can follow their favorite players by “following” the person that they want to follow, in the same way that Facebook friends can follow each other. From within the Facebook Gaming app it’s possible for viewers and fans to comments on the streams, interact and even start their own streams from within the app.

Facebook faces strong competition from other, more established streaming services including YouTube, Twitch, Google Stadia and others. But barely six months after launch, Facebook Gaming has already become a significant player in the world of game streaming services.

Some reviews of the new service include:

The influential PC Mag opines that “Twitch offers a far more robust portal into the world of video game live streaming” than does Facebook but gave Facebook Gaming generally good reviews. The reviewer felt that Twitch had an existing ecosystem that would work better to foster growth within the gaming community but believes that, as Facebook rolls out more of its monetizing features, it will become a more enticing option for players who want to maximize the monetization features will have more to work with.

PC Mag feels that the more compelling reason to move to Facebook Gaming would be their mobile broadcasting functionality which allows streamers to stream live video from their regular Facebook account. With other streaming services, broadcasting from a mobile requires software such as OBS, Xsplit, Streamlabs which aren’t user-friendly for non-techies while in a Facebook Gaming, all that’s needed is a mobile device.

Another reason to pick Facebook Gaming over other services is that it’s easy to open up the streams of your favorite players while giving you plenty of freedom to explore other personalities and other games. Also, once you sign up for the Facebook Gaming stand-alone app, you’ll receive all gaming notifications on that app so it doesn’t interfere with your other Facebook activities.

Some points that PCMag made were that there’s no 4K streaming on Facebook Gaming (currently, that’s only available on YouTube). There is, however, a beta currently operating that allows Facebook Gaming users to stream high-quality, free mobile gaming onto a mobile device via the cloud.

It’s also important to remember that, currently, many Facebook Gaming features aren’t compatible with iOS devices (due to a Facebook-Apple disconnect).

In addition, if you want to monetize, you have to become a broadcaster ($5 per month) but  only select broadcasters have the ability to turn on all types of ads.

In summary, according to PCMag, “Facebook Gaming can be a one-stop shop for both throwaway social games and live streams for the most-hyped battle royale shooters.”

Common Sense Media is a non-profit that works to help parents and educators choose the best media and the best technology for young users. Based on the data that relates that a significant percentage of the gaming community includes young tweens and teens, the organization has weighed in on the question of how Facebook gaming fits the needs of the youngest players, viewers and followers.

CSM writes that Facebook Gaming “feels a bit duplicative rather than groundbreaking. It has all of the features you'd want, but there's nothing that will make you want to desert one of the other platforms if you're already a fan.”

One of CSM’s criticisms of Facebook Gaming platform is that the layout isn't user-friendly or intuitive for players, which may make it difficult to navigate. However, for viewers, things are better. Once the app is opened you can see a scrollable list of games that are being broadcast along with games that were played recently by both popular streamers and friends.

There are also interactive features like Facebook quizzes (i.e. "Which animal are you?") and streams of high-profile titles like Fortnite and Grand Theft Auto. The streams are easy to follow and smooth. Viewers must content with live comments that range from friendly and curious to obscene and downright mean. The atmosphere can become misogynistic at times though Facebook says that it is working on eliminating such comments and posts.

StreamScheme believes that “”if you want to stream saturated games (such as Fortnite, CS:GO, and League of Legends), it is far easier to find an audience on Facebook.,” which is also “attractive to casual broadcasters who want to handle their communities and their channels in the same place.” But “Twitch currently has 70% of the amount of live-stream hours watched. While this may change in the future, this platform dominates the others with how much potential it can offer you.”

For StreamScheme, the biggest thing that Facebook has to offer is the reach potential. Streams can be posted to your FB timeline or a Group Page so you can reach a bigger audience by catching users when they browse their home feed. Fans can also easily share your content with their friends to further reach your target demographic.

StreamScheme is especially enthusiastic about streaming Fortnite on Facebook because, based on the fact that the game is oversaturated on other platforms, you have more space to grow your Fortnite channel on Facebook. And as the owner of Oculus, one of the biggest manufacturers of virtual reality, VR games such as Assassin’s Creed may be more accessible for live-streaming via Facebook which may eventually take over domination of the VR field.

Some of the issues that StreamScheme found with Facebook is that:

In summary, StreamScheme suggests turning to Facebook for games like Fortnight, League of Legends and CS:GO, which are saturated on other platforms. But for serious streamers who want to grow their channels, Twitch is a better choice.