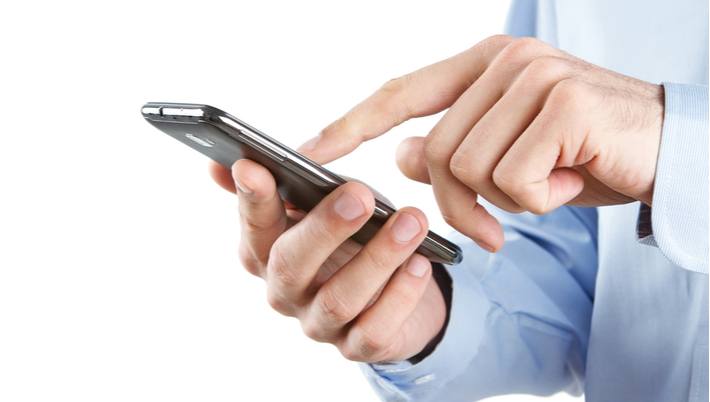 Rival Peak is a fictional forest region in a mountainous area where a diverse cast of characters from all over the world go through their daily tasks and chores. As the game progresses players are responsible for deciding what each character will do and how they behave. The “show” will have a 12-week run and at the end of each week, participating players vote on which character is to be “voted out.”

The game/show was developed by Genvid Technologies and Pipeworks Studios. Many of the designers were former staff of Telltale Games, the company known for creating strong narrative adventure games such as The Walking Dead.” Rival Peak mixes the stories of the 12 characters with a Telltale-like adventure game.

It includes elements of reality shows like Big Brother and Survivor, especially regarding the part where characters are voted off the show. At the end of the 12-week series players and watchers will learn the solution to the Rival Peak mystery and along the way, will determine the cast’s fate.

Rival Peak incorporates some of the most popular elements of the Telltale game chapters. In that series, players compared their decisions with those of other players in a similar way to the old Twitch Plays  Pokémon.  That was the social experiment in which the Pokémon trainer’s actions would be determined by a Twitch chat.

Jacob Navok, CEO and cofounder of Genvid Technologies told The Washington Post, “We are the creators of the show and we have no idea how it will end. And every single week, we have to change the dialogue, change the weekly wrap-up show. It’s really being built week to week as the audience is collectively deciding what’s going to happen. The storyline that the community decides on is the canonical storyline."

The show controls in a similar manner to an adventure or mobile casino game. The player clicks and taps to determine character actions and dialog. Other than that, players simply observe the characters as they go about their day. Each character does the things that it’s asked to do by the community and performs its own actions and stories which is integrated into the continuing saga as played out on the screen. The game displays via the Facebook mobile app so players/viewers can have the show running as they do other things – just like a TV that runs in the background.

The Facebook Vice President of Play, Jason Rubin, had been hinting for a while about the possibility of the social media giant launching games that would integrate into the Facebook  social platform. Rival Peak is the first such effort. The simple graphics are in line with Facebook’s goal of targeting low-latency cloud gaming. Right now, its aim is to create games that don’t focus on timed actions and precise movements so it is focusing on games in which bandwidth isn’t an issue.

In short says Pipeworks Studios design director Hal Milton, the game is “the result of the world’s biggest social media platform leveraging our proprietary AI and simulation systems.” The “live theatre experiment” was designed thanks to some of Hollywood’s best narrative writers. “We’re super proud of creating something entirely different, and excited to see how it’s received by Facebook folks worldwide,” Milton told the Washington Post.

According to Navok, Facebook plans to market the game globally, both in countries in which Facebook has a large audience (there are 300 million Facebook users in India alone) and to other social ecosystems, such as in the gaming community where fans rally around a specific character. Since the games happen live, a “wrap-up” coverage of the day’s events  could emerge, giving viewers who didn’t watch the show/game live a chance to catch up on what’s happening.

Navok notes that Rival Peak is the first true cloud game. All streams and AI come from the game data center so everything happens simultaneously, everywhere in the world. It could also, says Navok, preview future entertainment in which characters are created by computers that use advanced graphics engines. “This one was built from the ground up for Facebook, which is to say, we thought of the Facebook audience,” said Navok. “We thought about what kind of interactions they like. But future iterations of this could go way deeper in interactivity. It’s just in this case, it was the design of an interactive television show."

Facebook’s decision to enter the world of cloud gaming wasn’t unexpected. However, their business plan – to offer cloud gaming via its existing app instead of as a fee-based standalone service -- which is how Google and Amazon are operating their cloud gaming services –- means that they will probably be able to draw new customers more easily than the competition.

Jason Rubin was quoted in The Verge as explaining that “We’re doing free-to-play games, we’re doing games that are latency-tolerant, at least to start. We’re not promising 4K, 60fps, so you pay us $6.99 per month. We’re not trying to get you to buy a piece of hardware, like a controller.”

Rubin says that the reason that Facebook is getting involved in the cloud because wants to be able to offer more games.  Its earliest Flash games like Farmville and its later HTML5 Instant games were relatively limited. Cloud, says Rubin, means that the company can now offer faster, more complex games that play smoothly from inside the Facebook app.

“The platform is going to allow the 300 million players that we have to continue to play the games they like, but we think they’ll branch out and play more complex games as well,” Rubin said.

In addition to the new Rival Peak, Facebook is offering other free-to-play cloud games such as the idle roleplaying game Mobile Legends: Adventure and the 3D Asphalt 9 racer game. Currently everything is on Android – Facebook is involved in a skirmish with Apple that bars them from launching the browser offering the game.”

Facebook users will enjoy the same core experience. They open their main profile page, find the games that they want to play and start playing. There are a number of new features including the eagerly-anticipated new cross-progression system that allows gamers to download the gameplay in the middle of the game and then continue playing with no interruptions.

Facebook intends to focus on offering quick, easy-to-pick-up titles for its cloud gaming service instead of offering big exclusive games or creating major technology advances which is what Amazon’s Luna and Google Stadia are getting involved in.

Rubin emphasizes that, “We’re not trying to lock people in. We don’t need to because we’re not charging a fee to try these games and you’re on Facebook already. An exclusive in the classic sense — i.e. you can only play this game on the platform — probably doesn’t make sense for us….. What I think is going to happen, is once the platform has a large userbase, some of these developers are going to go ‘I think we should add some features that take advantage of these capabilities we never had before.’ We’ll see those games do really well on the platform, and other developers will say ‘That was an idea, we should follow along with that.’ And then somewhere along the line, some game company will say ‘We should build a game that can’t exist anywhere else.’" that is a business for us. Don’t undervalue just having people engage with communities on Facebook. That is what we do.”