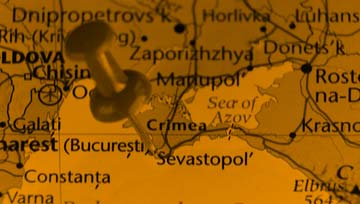 Russia, where gaming has been on a slow burner for many years, has approved a new casino zone in the occupied Crimea. The country hopes that the Crimea casino, which will feature a casino sign up bonus, will attract both Russian gamers and foreign visitors.

Until recently, gambling in Russia was legal in only four regional areas. As of 2009 almost all forms of gambling were illegal in all other parts of Russia.  Some of the reticence to allow gambling venues to operate can be traced back to the Soviet era when Soviet Republics were instructed "to take measures on the immediate closure of any facilities for card games, roulette, lotto and other kinds of gambling".

Criminal penalties were imposed on anyone found to be running a gambling house and the ban was later expanded to include lotteries.

Slot machines appeared in Russia only in 1988. The machines were allowed to be installed in hotels that catered to foreign tourists. Slots were deemed “an experiment” for the country but Russian citizens were barred from any establishments were slot machines appeared.

Shortly before the Communist government fell in Russia, the ban was lifted on gambling and a casino opened in Moscow’s Savoy Hotel. In the ensuing years, after the collapse of the USSR, when Russian citizens started to become interested in Western culture, poker play became a popular pastime.

Over the next few decades, casinos and other types of gambling houses expanded.  By 2002 there were 2,000 gaming rooms, 58 casinos and approximately 70,000 slot machines in Moscow. The Russian Association of Gambling Business Development estimated that approximately half a million people indulged in gambling in the capital city of Moscow on a regular basis.

In 2009, Russia banned gambling nationwide. Overnight the government  closed down the casinos. The government passed Federal Law № 244 which allows gambling business to operate in Russia only in four remote  zones -- Kaliningrad, Krasnodar Krai, Altai Krai and Primorsky Krai. Despite the ban, gambling continues in the guise of Internet cafes, lottery clubs and nightclubs. Many people also play at offshore casinos, though such activity is illegal in Russia.

Now Russia is getting ready to authorize a fifth gambling zone, this time in the Crimea. Prime Minister Dmitry Medvedev signed the bill that will allow casino operators to open in the village of Katsiveli, located in the Yalta region on the Black Sea.

The plans have been in discussion for over five years. After the Russian military seized the territory from the Ukraine, Russian administrator of the Crimea Sergei Aksyonov announced that a large casino would be built in the region.

After the 2014 Russian invasion of the Crimea, the EU and other Western nations imposed financial sanctions on Russia. The sanctions include bans on investments. That leaves open the question as to who will build such a casino. The list is limited to Russian companies or firms from nations that are friendly with Russia.

Observers are also wondering whether the Russian government will back up its decision to establish a casino in Crimea with the needed infrastructure.  The lack of such infrastructure has been a major factor in keeping the other four gaming zones from succeeding and it’s suspected that the Crimea zone will suffer a similar fate.  For one thing, the closest airport to the Crimea site is a military facility that’s located approximately 70 km from Katsiveli.

Russian gamblers who cannot or do not want to travel to one of the casino zones have few options. Some players have been able to access foreign-based online betting sites. These sites, however, operate illegally in Russia and the government is trying to block the sites by demanding that the Internet Service Providers block gambling-related websites to Russian-based devices.

Some land-based poker centers operate in Russia. They take advantage of a loophole in the law by calling poker a “skill-based” game.

Russians are avid sports gamblers and a small number of state-run sportsbooks and lotteries do operate legally across Russia.