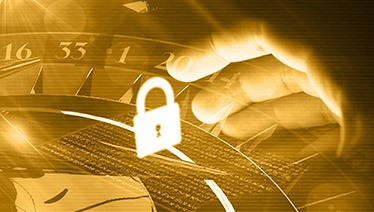 The Grande Vegas online casino and other casino venues throughout the world spend a huge percentage of their profits securing their casino from theft. The famed casino break-in movie Ocean 11 notwithstanding, very few of these thefts take place as a result of outright burglaries or blatant robbery. Instead, the thieves tend to take advantage of human foibles and cracks in the gaming process to maximize their advantage.

Some people have even gained fortunes through cheating.  Casinos dedicate a significant portion of their resources to catching cheaters. Even with 21st century methods of detection and prevention, there are still plenty of people who believe that they can get away with scamming a casino. How can a casino protect itself?

If there’s a game, you can find someone who has figured out a way to exploit it to collect money. Casinos have a big problem with cheating, both from the players and from the staff. Some cheaters find original tricks but most cheaters use tried and true cheating methods. Some common methods that casino cheaters use include:

Even as cheating players become more sophisticated in their methods, casinos are also becoming more savvy in the strategies that they use to prevent cheating.

Casinos today rely mainly on cameras to help prevent cheating. Casinos invest massive amounts of money in buying and maintaining the cameras and in training the workers who monitor the cameras. Casinos today run fiber optic cables throughout the casino. They take 360-degree images which allows them to track general activity on the gaming floor and watch individuals who arouse their suspicion. The cameras are able to monitor almost the entire casino floor so it’s hard to find a “blind spot” that puts a specific area out of the camera’s view.

The staffers who monitor the cameras don’t actually look for specific people. Rather, they search for patterns of behavior. One security expert who monitors gaming floors for the Aria Casino says “believe it or not, when you’ve done this long enough you can tell when somebody’s up to no good. It just doesn’t feel right.”

The 1080p high-definition cameras concentrate on the gaming tables because that’s where most of the attempted scams take place. The scanners watch the players and the dealers and can both read cards and count chips.

Facial recognition software is being used by more and more casino sites. Casinos aren’t ready to replace human operators but they are seeing the advantages of using such technology. The data intelligence is not only limited to security – casinos are also integrating it into machines to provide casinos with more data on the players.

One as-yet-unnamed Las Vegas casino has integrated facial recognition technology into their security program through the casino has not yet publicly announced the move. The casino intends to use the technology to identify people who are security risks as they match the facial features with an existing database of photographs of criminals and previous casino risks.

Alec Massey, Director of PwC’s Connected Solutions which is supplying the technology to the still-anonymous casino said “Forward-thinking suppliers are integrating biometrics into their casino products, greatly increasing the available data on table play,” Massey said. “Several companies are doing this now.”

According to Massey, hotels and resorts can rely on this sort of technology as a means of multi-factor authentication. They can also use the technology to identify compulsive gamblers and prevent them from entering the casino.

Some top casinos are using a new OCR Optical Character Recognition system which, in its most basic form, involves a computerized scanning system that the operator uses to scan text documents into an electronic computer file and then edit, using a computer’s word processor. Until now OCR technology has been used mainly to identify license plates but today casinos are looking into the potential of OCR for assessing a guest’s skill and strategy level. Some casino security experts believe that OCRs may be useful to spot card counters.

Data-driven analysis is the wave of the future for casino security. Security analysists believe that the next step in casino security will involve the ability for technology to flag more types of suspicious activity that, right now, doesn’t raise any alarms in the people monitoring the casino camera.

For instance, right now, if a poker player gets up from his seat and he’s replaced by someone else who goes on a winning streak, the cameras might not note that something fishy has happened. But a camera backed up by artificial intelligence might indeed flag the incident as one that should be reviewed.  Human analysis is the key but human monitors can more effectively analyze the data with proper technology.

It’s getting harder and harder to cheat at the casinos. Most of the security work involves preventing purse-snatching and pick-pockets.  But even as casino security tightens, the scammers’ imagination and inventiveness increases. Casino operators must always try to stay one step ahead of the opposition.