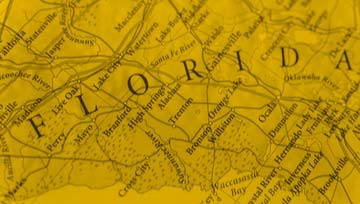 Florida’s relationship with its native American tribes has brought the two sides to court multiple times. The state is in negotiations with the Seminoles regarding a dispute over their Vegas casino income. Seminole leaders are skirmishing with the authorities in a long-simmering dispute over gambling income in a disagreement that will likely have long-ranging repercussions.

The Seminoles are currently withholding $350 million from the state of Florida. That represents funds that the tribe is due to turn over to the state under a revenue-sharing agreement based on the tribe’s operation of multiple Florida tribal casinos. The tribe nets about $2.5bn annually from seven casinos that are located around the state.

In 2010, the tribe signed a long-term deal with the state in which it agreed to share a percentage of its gambling revenue. Payments were estimated to reach $400 million a year by 2027. In exchange, the state agreed to grant the tribe exclusive rights to host profitable house-run card games.

According to the Seminoles, the state has now reneged on the deal and is allowing some of Florida’s smaller, privately-owned casinos to operate those games. The tribe says that the state is exploiting a loophole in state law that enables pari-mutuel casinos to run in-house card games and is backing down on their promise to honor a commitment to “take aggressive enforcement action” against those casinos.

Last month the Seminoles decided to increase pressure on the state after Florida governor Ron DeSantis stalled a proposed new agreement that had been negotiated between the tribe and state senators that would have settled the issue.

A letter, sent to DeSantis from Seminole tribal council chair Marcellus Osceola Jr stated “As you know, the tribe and state have engaged in numerous rounds of negotiations to resolve a number of important issues, including a mechanism to shut down the illegal banked card games that were the subject of Judge Robert Hinkle’s decision in November 2016. “|

Osceola continued, “The tribe respects your decision to take more time to review the issues and resume discussions this summer. In the meantime the tribe will suspend its revenue share payments until the illegal banked card game issue is resolved.”

DeSantis has pledged to keep talks with the tribe open so that they can work out the details of a comprehensive new gambling agreement. The new agreement may well include the introduction of live sports betting in Florida. But Florida legislators are already preparing for the possibility that tribal income will be cut off, at least for a period of time – they have approved a state budget that excludes income from the tribe.

The Seminoles popularized casino-style gambling in Florida. Over the last 15 years, income from their casinos has supplanted dwindling sales of tobacco products and is now the tribe’s leading revenue source. The casinos now fund over 90% of the tribe’s operating budget.

Bob Jarvis, who teaches at the Florida Nova Southeastern University law center and is an expert in Indian gambling history, gives some background.  “Before gambling came to the Seminoles, they were extremely impoverished and really were living subsistence lives. In the course of two generations they’ve gone from among the poorest of Floridians to among the richest.”

“They always refer to themselves as the unconquered tribe.” [The Seminole tribe is the only native American tribe that has not signed a treaty with the American government]. “They take that very, very seriously and there is this feeling that what we do on our land is not the government’s concern. There’s certainly a lot of very ugly history between the state of Florida and these Indian tribes. While that is true in every state, it’s more so when you throw this much money into the mix.”

Jarvis feels that Florida’s politics, combined with the state’s “dysfunctional” gambling laws, will complicate any resolution of the issue.

“There are legislators in South Florida who sit there and wonder why we’re giving a monopoly to the Indians instead of opening up Florida to everybody,” Jarvis said. “That’s the Las Vegas model where anyone who isn’t a criminal and can pass a background check can run a casino and the state sits back and takes their cut.”  Seminole casinos offer slots and card games, but their casinos don’t feature high-rolling pursuits such as roulette and craps. Non-tribe casinos are restricted even further.

Jarvis said that, in recent years, dog and horse racing tracks and jai-alai frontons have declined in popularity. Greyhound racing was outlawed in Florida by public vote in the 2018 election. Some operators have also become involved in lawsuits over the right to offer gambling alternatives. If they aren’t allowed to adapt, these venues face closure and they have been pressuring politicians to allow them to function as pari-mutuel casinos. Such non-tribal casinos would like to see the state take a hard line with the Seminoles.

Florida’s non-tribal casinos have a lot riding on the outcome of the state’s negotiations with the Seminoles over the card games laws. Their revenue has been increasing steadily over the years and reached a record $569 in 2018. That represents a 4.1% increase over 2017 revenue and marks 9 years of steady increases.

Tax revenue from commercial casinos is placed in the Educational Enhancement Trust Fund, a fund established in 1986 to help fund state school districts, universities and public collages. There are also funds for financial aid to Florida students.

The increase comes even after extensive damage caused by Hurricane Irma in 2017 when any of the state’s largest non-tribal casinos, including the Mardi Gras Casino in Hallandale Beach, were out of action for months.

A number of non-tribal casinos are expanding. The Isle Casino Racing Pompano Park in Broward County is expanding its traditional harness racing to create an integrated resort with entertainment and other hospitality amenities.

The Seminole Tribe, for its part, seems to see the card games as its next step in expanding its gambling offerings in Florida.