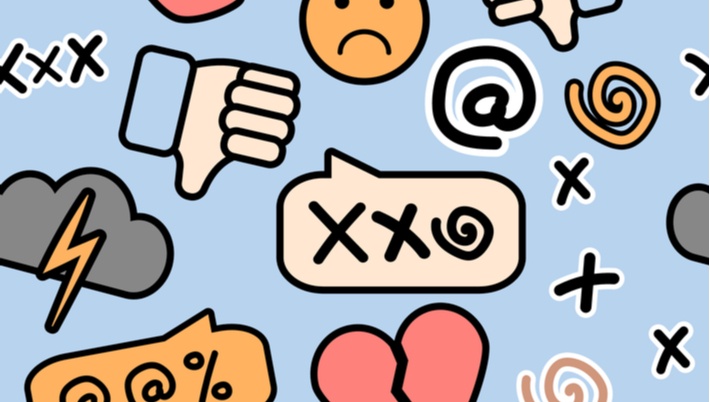 Gaming companies, social media platforms and others involved in the no deposit bonus codes gaming industry are finally starting to take notice of sexual harassment of women who play video games. Some say that it’s a sign that the industry is beginning to catch up to the rest of the world in putting a halt to stalking and demeaning female gamers. Others are waiting for the industry to speak out with one voice, including imposing sanctions, to put a genuine halt to the practice.

Recently dozens of women have put forth allegations of gender-based harassment, discrimination and sexual assault that is taking place within the gaming industry. 70+ whistleblowers shared their stories in statements posted to Twitch, YouTube, Twitter and the TwitLonger blogging platform.

These streamers and competitive gamers engage in exactly the same type of online competitive gaming and streaming as do their male counterparts. They broadcast their gameplay on social media platforms for money, as do male gamers. But many of them have been targeted for vicious online attacks that have even led to threats of death and sexual assault.

The gaming industry has been contending with bullying, sexism and allegations of abuse for many years. In 2014 the Gamergate scandal broke when issues of sexism in the video game culture was brought to the attention of the world. Gamergate stemmed from a harassment campaign that targeted a number of women in the video game industry. Gamergate participants used the #gamergate hashtag to dox, threaten rape and issue death threats to game developers and female players.

Gamergate supporters used pseudonyms or posted anonymously to voice their opposition to what they called the “increasing influence of feminism” on the video game culture. They claimed that the feminists colluded with the press, social critics and progressives. In countering that collusion they allegedly harassed and threatened people who they saw as their enemies, including female gamers (the Gamergate supporters denied that they engaged in such threats and harassment and said that those allegations were made up by the “victims.”)

When Gamergate broke, women in the video game industry seemed to be unable to defend themselves but now many are optimistic that real change is coming.

Recently, a Twitter user who posts as Hollowtide called  out a “top” Destiny on Friday Night player. She referred to him as a “slum lord” in a tweet that went viral. Three other female streamers, JewelsVerne, SchviftyFive and SheSnaps responded, saying that the gamer in question – known as Lono and SayNoToRage – engaged in nonconsensual touching, harassment and propositioning for sex on Twitter using their streamer handles. None of these women provided their legal names to a media investigation because in the past, women gamers who have spoken about sexual harassment in the industry were subjected to hacking, doxxing and further harassment once the perpetuators discovered their names.

Lono admitted the truth of the accusations, though his full name is also still unknown. But the incident set off a storm of similar accusations as other female streamers added their own experiences about high-profile men in the industry, including fellow streamers, game developers, YouTubers and talent managers.

New York streamer and content creator Jessica Richey began to compile the allegations into a Twitter thread. Once Richey’s thread went up she started to receive direct messages from women who asked that she add their stories to her thread. Within days she had more than 50 messages and she compiled everything into a Medium post which quickly made its way through the streaming community.

“I’m not casting judgment or asking anyone to witch hunt those who are named,” Ms. Richey said. “I’m trying to give survivors of these issues a voice so they don’t feel alone or gaslit based on their experiences in this industry.”

The first big name to fall was Omeed Dariani, CEO of Online Performers Group, a talent management agency that represents many high-profile streamers. Dariani was accused of propositioning Twitch streamer and community development lead for Overwatch video gamer Molly Fender Ayala. Dariani said that he doesn’t “remember” the conversation that Ayala recalled on Twitter but that he believed her and would step down. “Because I promised I would believe women. Even, and probably most especially when I’m the person being called out. And I do believe her. So as far as I am concerned, this happened.”

Accusations against Lono and other streamers also elicited a response. Astro Gaming said that it would no longer sponsor them and Facebook Gaming suspended another account of a different streamer after allegations of domestic abuse. A number of high-profile streamers and clients cut ties with Online Performers Group including Brooke Thorne who wants people to know that misconduct and sexism run deeper in the gaming industry than one company or one person.  “When it’s one call-out, it’s a problem with a person,” Ms. Thorne said. “When there’s a ton of call-outs, it’s a problem with the industry.”

As more allegations surfaced, corporate partners and gaming companies are struggling to respond. “It’s not just other members of the streaming community taking notice,” said Chase, the communications director of the StreamElements, a livestreaming tools provider. “Brands and companies that work with streamers are seeing who these individuals are,” says Chase, “and might not want to associate with them on future endeavors.”

The current move is, in many ways, a follow up to an episode that occurred last summer when a number of game developers made accusations of abuse, harassment and sexual assault. At that time,  they were met with a backlash from the gaming community.

But now, there seems to be less fear as fans, companies and streamers are openly showing support for the women who are posting publically. According to Kenzie Gordon, a doctoral candidate studying gaming in relation to prevention of sexual and domestic violence at the University of Alberta, “if studios get to the point where people are actually being fired for these accusations and stepping down and there’s some actual structural change happening,” that would be evidence of a “watershed” moment.

Twitch also wants it to be known that they are taking accusations of misconduct and sexual harassment seriously. According to the company, they are “looking into the accounts concerning streamers affiliated with Twitch and will work with law enforcement where applicable.”

A group of Twitch users recently called for a “Twitch blackout” as a pressure tactic to force the company to address charges of sexual misconduct and racism.

Twitch CEO Emmett Shear responded that Twitch was “looking into all the incidents and will be cooperating with law enforcement…we support people coming forward, commend their bravery in doing so, and know there are many others who have not….. The gaming industry is not unlike others that have had to reckon with systemic sexism, racism, and abuse that rewards certain people and disadvantages — even harms — others. The status quo needs to change.”

Jennifer Jenson, who studies video games and gender at the University of British Columbia says that this time, there is more willingness to address allegations of sexual misconduct following the recent Black Lives Matter-related social activism.  “It did seem like there is a wellspring of support that might have been there in the past, but because of the times we’re in, it seemed to me even more profound and supportive,” said Jenson. Or maybe “we’ve just hit a critical mass of these allegations coming out over and over.”

Gordon said that there’s a culture of misogyny and sexual harassment in the gaming industry because white men have “created the identity of the gamer as this exclusive property.” When  people of color, women or L.G.B.T.Q.s  try to break into the industry the “toxic geek masculinity” pushes back which can lead to sexual abuse and bullying.

Gordon says that gaming studios are often reticent to defy those fans. The change will come when there are more people pushing for change than those who want to maintain the male superiority mode. Ms. Gordon said that as time goes by, there is a notable increase in demand for video games that appeal to all types of people. That means that the gaming community expects more diversity among game designers as well. And that, she says, will bring the changes needed in the industry.

“I think there really needs to be this top-down reorganization,” Gordon said. “Setting up a diversity committee is not going to solve this problem.”