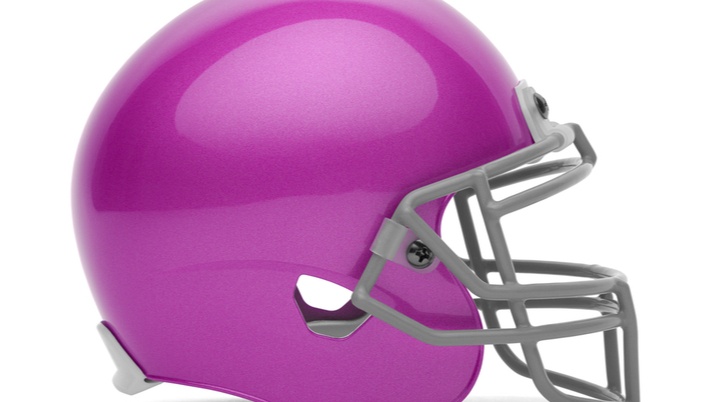 ShePlays is a Vegas casino fantasy football competition which is aimed at helping promote women's sports worldwide. ShePlays focuses on female athletes and women’s leagues while learning more about the evolution of women in sports. As with other online casino fantasy sports competitions, players are given a budget at the beginning of a season to spend on players in order to build the team. Then, participants earn fantasy points based on how those players perform in real life.

Supporters of women in the sports world say that fantasy football is a great way to draw people into engagement with women's sports. After building a team, participating fantasy sports competitors monitor the games to check and see how “their” players are performing, scout for new players to add in at the next transfer window), learn about the real life players (especially younger players who are not yet well known) and set up mini leagues where you can compete against family, work colleagues and friends.

Women have always found themselves at a disadvantage when competing in sports. Women athletes, women’s teams and women’s leagues consistently receive less money, fewer resources and less attention then men’s sports. ShePlays aims to level the playing field a bit through Fantasy sport.

Fantasy sports are online games in which participants are given a budget or a salary cap and are then set free to assemble a virtual team of real players in a selected sport. Based on the players’ real-life performances, the chosen fantasy sport players are assigned scores. Participants join leagues where they compete against friends and colleagues. Daily Fantasy Sports includes the added excitement of betting on one’s choices.

Projections are that by 2027, Fantasy Sports will be worth $48.6 billion worldwide. Marketers are latching on to fantasy sports as a great marketing tool since the competitions are responsible for fans’ increasing their engagement with the sport, the leagues, the teams and the athletes. The more they learn about players, teams and strategies in order to compete, the more they become involved in other aspects of the sport – watching games, buying merchandise, purchasing tickets, placing sports bets, etc.

In 2016 W-League fans Nicole Blinco and Ben Laws were shocked to discover that, among the world’s major women’s soccer leagues, there were no competitions to rival the men’s equivalents.  Blinco and Laws got creative and build the ShePlays platform, an independent fantasy sport platform to cover the National Women’s Soccer League and the Women’s English Premier League. "There are really simple things that can be done at a very low cost to help grow women's sport, and they just aren't being done in any of the codes," commented Laws.

The competitions run through the efforts of Blinco and other volunteers who want to  increase knowledge of, and investment in, women's sport. Their first big fantasy competition was for the 2019 FIFA Women’s World Cup which proved that there’s significant interest in woman-centered fantasy sports.  For that event, 4000 signed up to play, of which 27% had never attended or even watched women’s sports events in the past. 55% of participants said that the fantasy competition was the catalyst for them following the games and the results more closely than they would have otherwise.

Australia is one of the leading countries for woman’s fantasy sports. There are two main rules fantasy football competitions in Australia – AFL Fantasy, run by the AFL and Supercoach, the larger competition, which is operated by News Corp.  Paige Cardona, who was the Supercoach specialist at Fox Sports until recently (she is now a freelance sports writer) has been pushing for an AFLW Supercoach for years. She says that since the database of players is growing, it’s time to launch a fantasy AFLW. "Early on, there was definitely a feeling of 'not yet'.  It wasn't a hard no. It was never 'no-one cares about women's sport'."

Cardona says that time was needed to develop a database of players which were needed to price players and determine their positions. "But now we have the infrastructure in terms of the game and how it's played," she says. "It does need to be tweaked, [but] there's quite literally no reason why the game wouldn't exist."

With the demand having been proven and the infrastructure having been put in place, all that’s needed, says Cardona, is "money", prizes and a major sponsor.

The AFL Fantasy is supported by Telstra. Toyota is offering the winner of AFL Fantasy a Hilux valued at up to $60,000. The AFL men's Supercoach competition offers a first prize of $50,000. AFL is sponsored by KFC.

Cardona points out that, "For AFLW Fantasy or Supercoach to happen we really need a morally strong business to put their hand up and go, 'we'll be the major sponsors of this product, we will champion it. The company might cop a monetary loss at first … but in the long run it would actually pay off as subscriptions and sign-ups continue to rise."

Good leadership is more than the expectation of a financial return on investment, said Cardona. "We are in an age where we are expecting and demanding equality in all forms of leadership, including sport. As consumers of the product, we are a key stakeholder. And we should have the opportunity to play a women's product, not just because we love it but because it's about equality. Give us the ability to pick our favourite female footy players and you're inspiring an entire generation of footy fans."

In America, it’s the WNBA that is leading the move to bring fantasy sports to women’s athletics. Fantasy basketball does exist for the WNBA at some level including on FanDuel and DraftKings platforms. But there’s still a lot of work to be done and a number of WNBA fans are leading the charge to expand to a more equal level.

For one thing, critics say, ESPN, which is the official broadcasting partner of the WNBA, should be including the WNBA in its fantasy basketball platform. With 59.e million people participating in fantasy sports in America, even a small WNBA fantasy basketball offering would be a significant step in entering the mainstream for women’s basketball. WNBA and ESPN would need to put forth a minimum of effort but would succeed in making a big impact.

Women’s basketball enthusiasts say that by creating a WNBA fantasy sports event, the WNBA, overall, would become more visible and more accessible to basketball aficionados. The coverage would then show up on social media which would encourage more people to sign up for WNBA fantasy basketball. A self-sustaining fanbase would start to grow which would be a positive step for the entire industry.