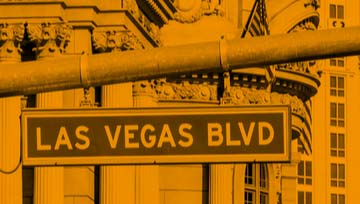 The Las Vegas Sands is demonstrating its commitment to expansion in Asia with plans for a series of far-reaching welcome bonus casino renovations and modifications. The Las Vegas Sands has, for many years, been pushing ahead with its Asia operations. Now it is again indicating that it sees Asia as one of the most important gambling centers of the world through its plans to invest over $1 billion in upgrades and expansions of its Macau and Singapore properties.

Over the last decade Asia has become the world’s largest gambling hub.  The Las Vegas Sands was one of the first and most extensive investors in the region. The company owns the Marina Bay Sands in Singapore and several properties in Macau via its subsidiary Sands China. They include the Sands Macau, Plaza Macau, Parisian Macau, Four Seasons Hotel Macau, Sands Coati Central and the Venetian Macau.  The company is also bidding on an Integrated Resort license in Osaka, Japan, where the Japanese government has committed to granting three licenses for Integrated Resorts in the coming years.

Sands’ most extensive renovation plans are for Macau where they are planning to rebrand the Sands Cotai Central as The Londoner Macao. Projected date for completion of the project is 2020.

Analysts say that, presently, the Sands Cotai Central is one of the company’s weakest properties. It attributes the Cotai Central’s failure to perform to its lack of character and tourist appeal, especially when compared with Sands’ Parisian property that features a replica Eiffel Tower or the gondola-filled Sands Venetian.

Sands is embarking on the renovations at a time when casino licenses are set to expire in the Chinese territory.  Authorities have been pushing Macau’s casino operators to diversify and add more shopping, accommodations, entertainment and family-vacation types of activities at their resorts, as opposed to placing a sole focus on their traditional gambling activities.  The casino resorts account for over 80 percent of government revenues and the government wants to see the properties continue to produce revenue through diversification.

Sands completed the Macau Parisian in 2016. Now, it is remodeling existing properties to boost their appeal.  The company is planning to add new rooms and suites to its Four Seasons and St. Regis properties and renovate VIP areas at the Plaza and Parisian Macau.

Sands was the first casino built in Macau’s Cotai strip. The strip, which was once a dusty stretch of reclaimed land, now teems with glitz and glamour. Las Vegas Sands owner Sheldon Adelson said, “While we have invested over $13 billion in Macao since 2002... we see tremendous future opportunity in the Macao market as it continues to grow and evolve.”

Analysts cautioned that the renovations would bring some disruption over the next two years but other than that, they are mostly optimistic about the company’s future in Macau. Vitaly Umansky, an analyst at Sanford C. Bernstein in Hong Kong summed up the Sands Macau operation’s future plans. “In the long run it should bring value additive to the company. However dividend growth may be limited over next few years as FCF (free cash flow) is redirected to capital expenditure.”

The Sands will spend approximately $2.2 billion to renovate its Sands Cotai property. The venue will be rebranded as Londoner Macau. An extension to the Four Seasons Tower Suites Macau is in the process of being completed – external work is finished and now the interior work is in progress. The company also dropped a plan in which the Towers would sell condominiums.

Another 290 suites are being planned to be added to the Four Seasons Tower Suites in the coming year along with 370 new suites in The Londoner Tower Suites Macao. These will be gradually complemented by the addition of more conference, meeting and exhibition space together with retail, entertainment and luxurious suite offerings.

Sands is planning to spend approximately $3.3 billion to add a fourth hotel tower to its Singapore Marina Bay Sands. The design includes a sky roof where visitors can enjoy a swimming pool and other tourism attractions. Plans for the addition also call for a 15,000-seat arena  to be designed specifically to host live musical events.

Robert Goldstein, President and Chief Operating Officer for Las Vegas Sands, said that the expansion will involve the inclusion of a selection of high-end shops as well as additional spaces for meetings and exhibitions. Scheduled date for completion is January 2024.

The expansion plan expresses the commitment that the Sands, along with casino operator Genting Malaysia Berhad which runs the rival Resorts World Sentosa, made to the government of Singapore when the jurisdiction extended the two operators’ duopoly until 2030.  While the Sands’ renovations won’t be adding gaming floor space, the renovation plans will change the casino’s existing casino floor and will include a new VIP room to be built on the 2nd and 3rd floors.

Goldstein commented that “Our mass casino floor is going through renovation currently which will be open and renovated by the summer of 2020. Keep in mind we are adding additional slot machines in late-2020; we’ll have another 400 roughly and the balance in 2021. So 500 [new] games on the floor in 2021. The market does $700 to $800 per unit per day; it’s pretty impactful.”

The Las Vegas Sands announced that it was “conducting a process to raise a delayed-draw term loan under the existing Marina Bay Sands credit facility."  The company will use the loan to pay for the expansion of its Singapore property. Sands expects that raising such a loan – estimated to be approximately $2.8 billion – will be complemented by approximately $185 million from the alteration of the venue’s existing credit facility.

According to Goldstein, “We’re building 1,200 exceptional suites at The Londoner Macao and the Four Seasons Tower Suites Macao and these are large, very large stunning suites of the highest quality. Some will open actually this autumn throughout 2020 and these suites are laser focused on premium-mass customers at the highest level.”