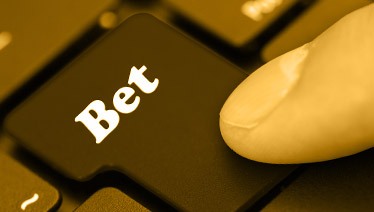 The ink has barely dried on the Supreme Court's recent ruling that overturned the PASPA Congressional Act. The Court's ruling allows individual states to legalize sports betting. Multiple states, including New Jersey, which took PASPA to court, and Delaware, which had laid the groundwork for legalized sports betting before the Supreme Court handed down its ruling on  the case in May, have launched sports betting in their states and other states, as well as the Grande Vegas casino, are close behind.

Some of the most recent additions include:

Mississippians used to travel to Las Vegas to legally bet on their favorite sports teams but that's no longer a necessity. Last Thursday the Mississippi Gaming Commission approved final regulations that will allow casinos in Mississippi to operate sportsbooks.

The Mississippi legislature legalized sports betting in 2017 in a bill related to fantasy sports. They did so in anticipation of the high court’s decision which, as they suspected, gave states the opportunity to legalize sports betting.

Mississippians will be able to go to their local casinos and wager on sporting events, teams and individual athletes starting  in 30 days. According to Allen Godfrey, Executive Director Allen of the Gaming Commission, the state’s casinos are already properly licensed to allow the game and only need to acquire the equipment, such as kiosks that will be used to run the bets.

Wagerers in Mississippi will be able to bet on sports played  at the professional or collegiate level, horse races events and greyhound races. Sports betting is closed to coaches and athletes who want to bet on their own teams. Bets can also be placed on Olympic games but non-athletic events (political elections, etc.) are off-limits.

Bettors can place their bet at any licensed Mississippi Casino. The bets must be placed on-site or online via a special account if the bettor is physically present at the casino or at its hotel. Some observers have noted that many sports organizations are in favor of allowing betting on mobile devices as well.

Legalized sports betting will be available in Rhode Island by the end of the summer of ’18, thanks to a bill that was passed by the Rhode Island State Legislature and signed into law by Governor Gina Raimondo. The anticipated revenue from legalized sports betting was built into the governor's $9.6 billion budget package which encouraged legislators from both chambers of the legislature to vote overwhelmingly for the measure.

President of the RI Senate Dominick J. Ruggerio explained the decision by saying “This budget includes many Senate priorities, including increased education aid, investment in school buildings, and funding for the care of individuals with intellectual or developmental disabilities and DCYF. It maintains the progress we have made in lowering taxes to improve our business climate while also investing in economic development, and it provides Rhode Island with the highest percentage of revenue in the nation for sports wagering. This was a collaborative effort among the Senate, House and Governor Raimondo, and I am grateful for their partnership in development of this responsible, compassionate budget.”

Rhode Island will partner with the casinos – in a similar strategy as Delaware has begun – with the revenue to be split between the 2 bodies. This differs from traditional tax structures which are being launched in other states. . Here’s the allocation of revenue from RI sports betting: Presently sports betting profits will be divided with the state receiving 51 percent of the proceeds, the casino receiving 17 percent and the vendor receiving 32 percent.

The Rhode Island law only authorizes the two land-based casinos to accept wagers with no future options – at present – for Internet or mobile gaming. Mississippi, however, has adopted a mobile provision that may be launched in the future. If voters in Rhode Island approve a full expansion into mobile wagering, a state legislator explained, they could do so in the future.

The casinos are working with the IGT gaming developer which will be the vendor for the sports betting equipment. IGT already works with the Rhode Island Lottery. They submitted their bid to administer Rhode Island sports betting relatively late in the process but it's assumed that they were approved based on their previous relationship with state casinos.

With Mississippi and Rhode Island on board, there are six states that offer sports betting within their states. Rhode Island and Mississippi have joined Delaware, New Jersey and Nevada as sports betting states and West Virginia is close behind – it has approved regulations and is looking at a July 21 launch at West Virginia MGM Resorts Casinos. Sports betting has also been legalized in Pennsylvania and regulations are in place, but the state's $10 million licensing fee and 36 percent effective tax have deterred operators from applying.