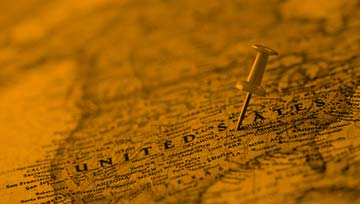 The traditionally conservative Southern United States has seen a lot of opposition to legalized gambling over the years.  Georgia has no casinos at all and casino developers in other states have had to contend with powerful lobbies who oppose gambling on religious and social grounds.

Over the last few years, casino operators have made inroads in several southern states. Alabama still doesn’t have a lottery or any online or sports betting operations but there are now some tribal casinos in the state.  In Kentucky, there are no commercial casinos but betting on horse racing is a major source of income for the state and legislation has been introduced to introduce sports betting.

The Vegas casino industry is set to grow even more in the region, with another mega-tribal casino in Florida and the possibility of a new Cherokee casino in Alabama.

The Seminole tribe, whose battle to open a Florida casino in the ‘80s launched America’s native tribes into the casino business, is embarking on a $1.5-billion project that tribal leaders hope will bring Las Vegas style and size to Florida.

The venue, which was built in Hollywood Florida, will have a 7,000-seat casino floor, 1,200 hotel rooms and more than 3,000 slot machines and gaming tables. Marcellus Osceola, council chairman of the Seminole in Florida, said "We're very thankful and we're blessed to be in a position that we can provide the general welfare and the help and assistance that tribe members need.  The dollars that we make here will make life a little bit easier for our members when they have health care issues or when they are trying to buy a car to transport themselves with their families."

Seminole tribal lands are in South Florida.  There are about 4,200 members of the tribe, many of whom work in the tribe’s casino businesses. The Seminoles first entered the gambling business when they opened a high-stakes bingo hall in Hollywood in 1979. Now the group is the major casino operator in the state and operates dozens of hotels, casinos and cafes under the name “Hard Rock International,” the business that it bought 12 years ago.

The Seminoles are one of the most successful gambling tribes today. Forbes magazine has calculated that each member – anyone with at least 25 percent Seminole blood – receives $128,000 annually. Youngsters are millionaires by the time they turn 18.

In addition to its new Hollywood property, the Seminoles opened another Hard Rock casino-hotel in Tampa this year. Jim Allen, Hard Rock International chairman and CEO of Seminole gaming, said "The overall Hard Rock business on a global basis does in excess of $6 billion in revenue in 75 countries around the world."

Some members of the Seminole tribe are worried that the infusion of wealth is unhealthy. "Gaming was instrumental getting us off of our backs and onto our feet and now I think ... we need to slow down, catch our breath and say 'Wow, hold on here. Where are we, what's happening here?'" said Daniel Tommie, 57, a member of the Seminole tribe.

Tommie, who works in the Ah-Tah-Thi-Ki museum of Seminole culture and history, points out that “financially there are some tribes that wanted to stay away from gaming because they saw the negative effects ... There is too much crime coming to the reservation, too many elders spending all their money…..so I think the important thing is to enjoy that success, but to remember how we got here. Because if you lose your way I'm not sure what will happen.”

Arkansas is on the cusp of building its fourth casino but that plan may be delayed. Lawsuits, conflict of interest claims, community setbacks and other problems are besieging developer Jerry Jones as he tries to get his project off the ground.

Jones’ hospitality company Legends is partnering with the Cherokee Nations to build a $225 million licensed casino.  At present, he is battling a Pope County ordinance that requires a citizen vote before a casino development can be approved.

Jones and his partners were hoping that the ordinance would be repealed, which would have invalidated lawsuits filed over how the casino project gained the endorsement of local officials even though no public vote had taken place. Now, the county has refused to repeal the ordinance so the litigation will proceed.  A hearing has already been scheduled.

Several lawsuits have been filed over Jones’ and the Cherokees’ development plans.  Two were filed on behalf of local citizens and one was filed by a casino development competitor.

The citizens’ lawsuits were filed after Legends’ plan for development of a Poke County casino was approved by local officials earlier this summer. Opponents allege that favoritism was involved  based on the fact that the plan was given the go-ahead in a closed-door meeting.

Legends, Jerry Jones and the Cherokees are also contending with a lawsuit filed by competing developer Gulfside Casino Partnership. Gulfside, which is also vying for the Poke County gaming license, has sued the state racing commission over its support of Legends and the Partnership with the Cherokees. Gulfside is suing the commission for rejecting its application for a gaming license.

In answer to the lawsuit, the Arkansas Racing Commission officially reopened the bidding process earlier this month. Applicants will be given 90 days to resubmit proposals. The lawsuit argues the rejection of the Gulfside application was unconstitutional because commission does not have the authority to define the minimum qualifications for a license. Gulfside is seeking an injunction from the courts that would prohibit the commission from approving any license before its case has been resolved.

The casino license in Pope County is the fourth – and the last -- to be awarded in Arkansas. In 2018, Arkansas voters approved a constitutional amendment that allowed for the development of four casinos in the state.