Sports Betting Around the U.S. 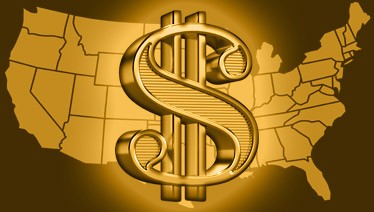 Following the introduction of sports betting in New Jersey, the state's reported $1 billion increase in gaming revenues is prompting other legislatures to look into the possibilities of bringing sports betting to their own states.

The interest in legalizing state-regulated sports betting around the country is surging following New Jersey’s most recent financial statement that shows that sports betting boosted state revenues by over $1 billion. The US Supreme Court decision that overturned the federal ban on sports betting has already prompted new laws in six states and now other states are in various stages of moving legislation ahead.

Until we have sports betting at the Grande Vegas Casino, let's look at the some of the states with legalized sports betting - Arizona, Hawaii, Mississippi, and Connecticut:

Arizona’s first sports betting bill has been submitted to the State Legislature. S 1158 would allow casinos run by the state’s gaming tribes to offer sports betting, both inside the tribal brick-and-mortar casinos and elsewhere. At present, there are 16 federally recognized tribes in Arizona who are involved in operating gambling facilities on their lands. If Bill S 1158 passes, the tribes would be allowed to operate sports betting anywhere in the state.

In addition to their casinos, the tribes would be allowed to install kiosks or other types of betting sites inside establishments that serve liquor. That might include clubs, airport lounges, etc. The kiosks would be supervised by the Arizona Department of Gaming and revenue would be taxed at a maximum rate of 6.75 percent (which matches the sports betting rate of neighboring Nevada).

The bill reads that sports betting in Arizona will not “include wagering on sporting events that is prohibited by the National Collegiate Athletic Association.” The operation of the sports betting platform would be exclusive to the tribes but services and technology to power Arizona sports betting could be supplied by non-tribal entities.

To the surprise of many observers, Hawaii is considering entering the sports betting arena.  Presently, there is no casino, lottery or other betting activity in Hawaii but that may change if H 1107 passes. The bill would create the Hawaii Sports Wagering Corporation which would be charged with regulating and operating a sports betting industry in the state, to be modeled after the regulatory authorities of Delaware and Rhode Island

If the bill passes, regulators would have 180 days from the date of passage to find a vendor to supply the sports betting infrastructure in the state. A Request For Proposal would enable suppliers to submit bids.

Some observers are worried that the Corporation would have an undue amount of influence over sports betting in Hawaii. Their authority would cover decisions such as which types of betting would be allowed and by what methods. Also, to be decided would be the amount of total revenue that the contracted supplier would receive. The state would retain remaining profits.

Opponents are fighting the bill tooth and nail. They don’t want Hawaii to become a tourist destination for casino gambling entertainment and they feel that promoting casinos and/or gambling attractions would only detract from revenue that presently goes to existing tourist sites such as historical landmarks and nature locales.

The bill has support from those who see sports betting as a way to drum up support for local teams and sporting events (college basketball and football. golf tournaments, the NFL's Pro Bowl, etc), especially among locals who don’t currently have any gambling outlet, even a lottery.

A new bill at the state legislature would bring sports betting to Mississippi.

The new legislation would refine the definition of a gaming platform:

“Platform” means a person or entity that operates a sports pool or race book over the Internet, including on websites and mobile devices, on behalf of the holder of a gaming license.  Notwithstanding any provision of law to the contrary, a platform may determine whether to accept or reject wagers, determine the results of wagers, and payout winning wagers."

This would clear the way for online sites to skirt current state regulations:

"Except for wagers placed through approved platforms, each licensee shall be required to comply with the regulation that no wager may be placed by, or on behalf of, any individual or entity or group, not present on a licensed vessel or cruise vessel."

Simmons’s bill would tax sports betting revenue from online and mobile platforms at 6 percent. Currently, there’s an 8 percent tax on general gaming revenue in Mississippi for revenue above $134,000.

Supporters of mobile betting say that online betting could launch quickly in Mississippi once it’s legalized. Major Mississippi casino operators such as Boyd, Caesars, DraftKings and MGM Resorts already use mobile technology in other states and they could bring it to Mississippi in a matter of weeks.

Connecticut enacted a sports betting law in 2017 but tribal concerns and expansion questions prevented the state from making the bill a reality. Now, a group of state senators is looking for a way to get the process moving.

In 2018 Governor Daniel Malloy tried to find a way to allow sports betting to commence in the state. That effort failed but now, a group of Democratic state Senators has introduced bill S665 which is designed to authorize wagering on the results of certain sporting events.

Part of the reason that the 2017 legislation has not been activated is that state regulators don’t feel they have sufficient clarity on what the bill allows. One of the main stumbling blocks is the dispute over exclusivity between the state government and tribal casinos.

Two Connecticut tribes, the Mohegan and Mashantucket Pequot, owners and operators the Mohegan Sun and Foxwoods, say legalized sports betting violates their state compacts. According to the tribes, under their agreement with the state, sports betting falls under the tribes’ assigned rights.

Connecticut attorney general George Jepsen disagrees and says that the state can authorize sports betting at venues other than those of the tribal casinos. He wrote. "… because sports wagering is a Class III game under federal law and is not an authorized game under either of the respective Compacts, the Tribes would still be prohibited from conducting sports wagering on their reservations.

"Moreover, it is our opinion that if sports betting were to become lawful in Connecticut, the Tribes would not have an exclusive right under the existing Compacts and MOUs to offer it … Sports betting is not listed as an authorized game."

The tribes are threatening to stop slot revenue payments to the state if they are not given exclusive rights to offer sports betting. Those payments presently account for $250 million in Connecticut’s budget.

Jepsen, however, countered the tribes’ threat by pointing out that without a valid compact, the tribes couldn’t legally operate slots on tribal land. Former governor Malloy tried to negotiate a deal between the state and the tribes before he left office but, lacking legislative support, he retreated. Now, it’s up to the new governor and legislature to see how to move forward.