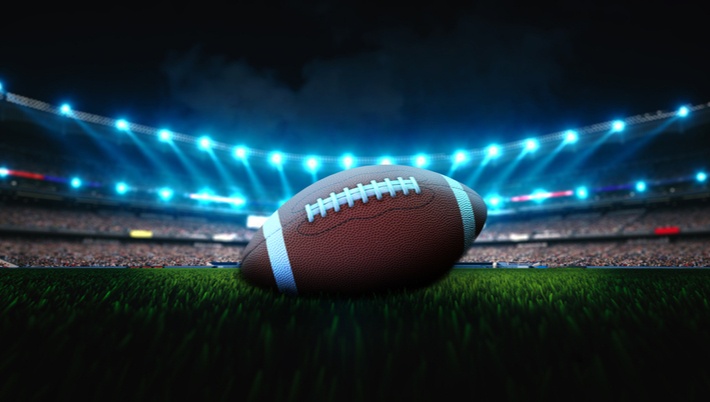 It was just a little over 2 years ago that lawyers for the NFL stood before the Supreme Court, arguing that, if the Court gave the go-ahead for states to legislate sports betting, it would destroy professional sports.  They felt that allowing sports betting would put pro sports in competition with online casinos with special attractions like a casino sign up bonus and more.

In May 2018 SCOTUS handed down a ruling that found that, by disallowing sports betting on a national level, Congress had acted unconstitutionally and states should have the ability to decide whether they want to allow sports betting in their own jurisdictions.

Since the ruling was handed down, over a dozen states have adopted sports betting legislation in one form or another. And no one has been urging them to do so more enthusiastically than the NFL.

Even before the coronavirus pandemic hit, the NFL was warming up to the idea that it could make its peace with sports betting. Last February the NFL gave the go-ahead to its teams to partner with U.S.-licensed betting partners and even to open “betting lounges” at their stadiums. That’s a step up from the league’s previous allowance of sponsorships with companies who offer sports betting provided that the deal didn’t explicitly mention wagering.

The league itself has partnered with Caesars Entertainment as its Official Casino Sponsor. It has signed a wagering partner, Australia’s Tabcorp and named DraftKings as its Daily Fantasy Sports Partner despite the new DraftKings focus on sports betting. NFL teams have been given permission to accept sports bets from bettors located in NFL stadiums – betting windows are still off-limits but betting lounges are permitted.

The NFL is even getting ready to hire a vice-president of sports betting to help the team maximize revenue while preserving the “integrity of the games.”

In May, the Denver Broncos signed a partnership deal with FanDuel that makes FanDuel its sports betting and fantasy sports partner. The Denver Broncos were the first team to sign a deal but they weren’t the last – ore and more teams are jumping on the sports betting wagon. After the Broncos, the New York Jets partnered with MGM Resorts and 888 Casino while the Dallas Cowboys partnered with WinStar Casino. The Baltimore Ravens have set up their partnership with Horseshoe Baltimore (Caesars). Other teams are in talks to create their own deals.

The NFL’s once-staunch stand against sports betting is toppling quickly  .

The Denver Broncos started the wave of team-sport betting operator partnerships in May. The team signed with three gambling sponsors:

Mac Freeman, the Broncos' chief commercial officer  said, "There's sports betting, there's daily fantasy, there's casinos, so there's a lot of different aspects to these businesses…..I think what you'll find with us carving those first tracks through the field you'll see other teams follow pretty quickly as states come on" board with sports gambling.”

Freeman said that by dealing with three different operators, the Broncos aim to "bring order to what was sort of a chaotic environment….Because in the clutter just taking any deal you can get, probably no one actually gets true value out of it. So, I think we got a very favorable response from all of the partners and they were thrilled that we were going to limit these and then work hard to craft space for all of them so we could deliver a real value for them."

|Freeman acknowledges that the new gambling partnerships won't make up for revenue that’s been lost because of the coronavirus crisis. The pandemic is forcing the Broncos, as well as many other teams, to open the season without fans. "It's great that we were able to get these deals done. It's material revenue for the organization," said Freeman. "The reality is I think you know the other revenue (dips) we're going to see this year will dwarf what probably we were able to do in this category."

The Broncos won’t benefit from bets made by their fans. Freeman explains that the team is embarking on a classic sponsorship structure. The sponsors will pay flat fees to the Broncos for assets that the Broncos can then use to leverage the brands. No shares of any of the actual wagers will return to the team.

The NFL now stands behind such partnerships. League spokesman Brian McCarthy explained that, "The approach to the licensed sports betting has evolved as the league and teams entertain new fan engagement opportunities through commercial partnerships….What has not changed, however, is our relentless protection of the integrity of the game. These new partnerships have no impact on the play on the field. We have continued to study the rapidly changing landscape and felt comfortable with clubs executing partnerships such as these."

Everyone acknowledges, however, that the league and gambling interests are now aligned. NBC commentator Al Michaels says, "We're all on a path to we don't know exactly where, but I'm as curious as anybody. I don't know what the end game is here, I don't know that anybody does. But I do think that it's pretty fascinating that yesterday DraftKing announced that Michael Jordan is going to be part of their operation and on the board, and the stock went up about 10%......It's a fascinating dynamic that's developing right now, and I wish I could predict what's going to happen here, but clearly everybody feels that they want a piece of the pie, of the gambling pie. People are interested in putting down a couple of shekels during the game or even inside the game, not just the end result and how many points will be scored and all of that. But this is a mystery. It's a mystery right now. I don't know where it goes. I do know the leagues are very excited to be a party to what could be a gigantic industry."

The NFL is just getting its feet wet in a sports atmosphere that must of the rest of the world has taken for granted for many years. Cris Collinsworth  is co-owner of Pro Football Focus, a UK analytics service that studies and grades every player on every play in every game. "It's kind of interesting, Collingsworth said “With PFF I have a lot of people who are from Europe that work here they laugh at us with all of this because it's been such a part of their culture for so long that you could bet on anything. And when they see the gnashing of teeth and everything that we're going through in this transition period, they just find it very, very entertaining…..and for the rest of the world I guess this is just status quo, but it is very different for us."