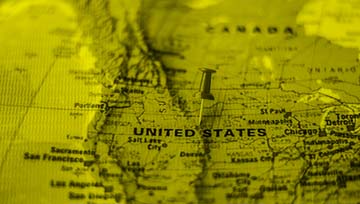 Today sports betting is legal, in one form or another, in Nevada, Delaware, New Jersey, New Mexico, Arkansas, Mississippi, Rhode Island, Pennsylvania and West Virginia. Many observers believe that within two years, sports betting could be legal in another 30 states, with a possible 12 states legalizing sports betting this year.

As the halfway point of 2019 approaches, Montana, Colorado and New York are actively pursuing the legalization of sports betting in their jurisdictions.

New York is close to passing sports gaming legislation but there are still a few hurdles to climb. The majority of the state Assembly seems ready to vote for a sports betting bill but all eyes are on Governor Andrew Cuomo, who has indicated that, without a state referendum, the bill wouldn’t be legal and he would not be inclined to sign it.

Two state legislators, who previously each introduced their own sports betting bill, have come to a compromise that, they hope, can get the bill passed. They added a tiered structure for tax rates and licensing fees to the bill that, they hope, will be what is needed for their fellow Assembly representatives to get the bill passed and on its way to the governor’s office to be signed.

Assemblyman Gary Pretlow and Sen. Joseph Addabbo Jr. added language for tribal inclusion, problem gaming assistance and athlete protections to the new versions of their bills.  The additions would:

The bill, as it presently stands, does not include provisions for mobile sports betting. That debate wil continue.

Montana became the first state to legalize sports betting in 2019. Gov. Steve Bullock signed a bill that would put the state lottery in charge of overseeing a system of wagering through mobile applications and kiosks. The lottery expects that the app will be available to the public by the fall, in time for the NFL season launch. Ryan Lynch, the bill’s sponsor, said “It’s a good day for Montana to be able to see sports betting in the marketplace. I think Montanans will enjoy the new aspect of watching sports for entertainment as well as betting on it.”

Bars and restaurants will be eligible to host kiosks and will provide access to mobile apps that can only be used inside those establishments. The measure effectively gives the Montana Tavern Association a monopoly over Montana sports betting – the association lobbied heavily for legalization.

John Iverson, executive director of the Tavern Association, said the value to bars and restaurants will be in the new customers that the sports betting apps draw in, as well as the continued patronage of customers who stay longer because of the gambling. “Extra cheeseburgers; extra slices of pizza, a few more people filling seats,” Iverson said. “The actual revenue from the gaming isn’t going to be significant.”

According to lottery officials, estimates are that people will wager more than $65 million in the first year. That will translate, after payout and expenses, into about $3.7 million in revenue to the state.

Both revenue and wagers could rise to $5.4 million in revenue and $87 million in bets by 2023. Profits, together with other revenue from the lottery, will go into the state treasury and to a scholarship fund.

Originally there were two bills with two competing sports betting systems. One bill proposed that the lottery be put in charge of the sports betting operations. A second bill  would have allowed private businesses to run the mobile apps, kiosks and sportsbooks. The state Department of Justice would have regulated the private operations under the second bill. Bullock, however, decided to sign the first bill and veto the second. He said that, since the lottery is already heavily regulated and has an existing infrastructure, a transparent environment will be ensured if the lottery is the official operator of the state’s  sports betting activities. .

“A new market like this cannot support sports wagering under both systems at once,” Bullock wrote. “For the market to succeed, Montana needs to enter the sports wagering market conservatively.” Bullock said that the private model can be revisited after the new system is tested.

The Colorado Senate has determined that state voters will be asked to vote on a sports betting bill in the fall. If Gov. Jared Polis signs the bill, the matter will be turned over to Colorado voters. If the voters back the bill, sports betting could become available to state residents and visitors by 2020.

The Colorado House is still being asked to approve the Senate’s amendment that will create a hold-harmless fund for potential affected towns and casinos. But if the amendment passes the House, the entire bill will be placed in front of state voters in the next election.

Voter approval is needed because the state operates under the Taxpayer Bill of Rights which requires a majority of Colorado voters to approve any tax increases. Even though Colorado’s attorney general has said that voter approval is not required to legislate sports betting in the state, the legislature has decided to put the issue in front of the voters.

If the legislation passes a popular vote it would allow for 3 types of gaming licenses for sports betting:

Theoretically, any and all of Colorado’s 33 land-based casinos could submit an application for a master license, or they could partner with a brick-and-mortar based operator along with an Internet operator to operate an online sportsbook. eSports would be banned under the bill.