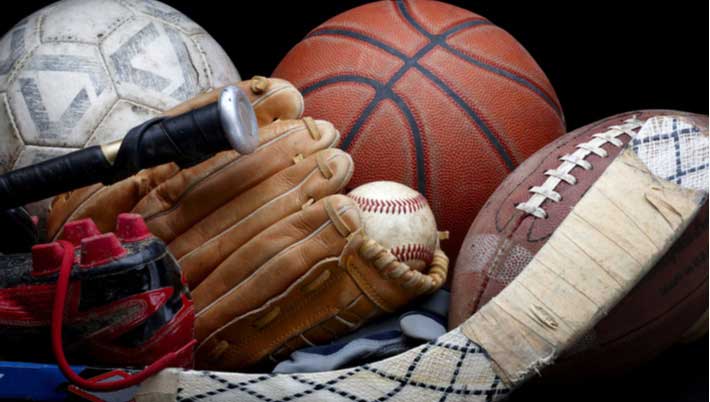 Almost every professional sports league halted events in March 2020 to protect team members, support staff and fans from COVID-19 infections. Training was put on hold, matches were cancelled and sports-related activities, from sports media broadcasts to sportsbooks, were left scrambling to find alternatives.

Now sports have started to come back, albeit slowly. That means that casino sign up bonus sports betting will restart, but the big question is, in what format? Baseball has already resumed and, if all goes well, football and hockey games will restart in the fall. Bettors and bookmakers must confront new questions as the coronavirus pandemic continues to affect the sports reality.

There are usually 162 games played during the Major League Baseball season but this year only 60 games will be played. The first round will be a best-of-three-game series with 16 teams in the playoffs. The Dodgers and the Yankees are heavy favorites at about 4-1 to win the World Series. Since they will have to make the playoffs in a sprint and go on to win four straight series, that’s a short price since no other team is less than 10-1.

Dave Mason, BetOnline.ag sportsbook brand manager explains that, “The Dodgers and Yankees are perennially the most bet on teams to win the World Series.” “Because of that expected volume, we have to limit our liability for these teams, and the best way to do that is keep their futures odds as low as possible.”

Sports Insider oddsmaker James Murphy agrees. In the middle of last summer, he said, the the Yankees were 4-1 to win the World Series and the Dodgers and the Astros were 3-1. The actual winner turned out to be the 25-1 Nationals. “I was surprised to see that the futures prices are actually more top-heavy this year,” said Murphy.

Conventional wisdom thus says that the Yankees and the Dodgers are underpriced. What should a smart bettor do?  Murphy suggests that “The smart money — at least among the professional bettors I know in Nevada — really hit the Milwaukee Brewers and Minnesota Twins hard.  Since the favorites are always so overvalued in baseball, by definition the other teams are undervalued.” (The Twins are currently 15-1 to win the World Series and the Brewers stand at about 30-1.)

Currently, the Bucks and the Lakers, who were in the top spots in the last, interrupted, regular season, are the favorites at 5-2. Third place is the Clippers at 3-1 Reigning champions, the Raptors, are a surprising 20-1 yet aren’t receiving a lot of attention at the sportsbooks. Pat Morrow, Bovada’s top oddsmaker, thinks that he knows why. “The Raptors are a very solid team, but they play in a very weak East, and they lack star power without Kawhi Leonard. Without that legitimate No. 1 player on the team, there is a limit on how far you can go.”

Murphy of Sports Insider believes that the Rockets provide a good option at 12-1. The Rockets have the league’s ninth-best record. “The James Harden-Russell Westbrook-led Rockets are perceived as a better team than the Pascal Siakam-Serge Ibaka-led Raptors,” said Murphy, who was taking into account the fact that Westbrook tested positive for the COVID-19 and is now in quarantine.

Mason of BetOnline.ag sportsbook believes that, in the West, the Rockets could be as low as the 7th seed in the final 8 regular season games. But, he said,  “the seeding shouldn’t make much of an impact because there is no travel and no home-court advantage.” The value is in ‘the sharps’, Mason said, like Toronto, Dallas and Boston. “Boston is about 18-1 to win the title and Dallas can be had for 35-1 or even more at some sports books.”

The NHL has a new playoff format in which 8 teams that are contesting the Stanley Cup playoffs get a bye. This obviously gives them an advantage which will help because they all have the lowest odds of the 24 NFL teams. The Penguins, at 12 to 1,  don’t have a bye even though they will have to beat the Canadiens in the opening round series’ best of five game.

Murphy calls this the “Sidney Crosby factor,” which derives from the 2016 Eastern Conference finals when the Penguins were favored over the Lightning. Eventually the Lightning fell but, said Murphy, “It was amazing how the money kept coming in for Pittsburgh despite the parity in that series.” Since the playoffs have expanded, the Canadiens have received a new shot at victory.

To set a solid line bookmakers rely on power rankings, historical data and their experience. All that has been upended by the pandemic. “The biggest adjustment we’ve had to make is accounting for the lack of home-field advantage,” said Mason. “Every team and venue holds a certain value, which is baked into the lines. But when we remove the emotional and psychological element of a home advantage, the odds have to be adjusted.”

According to Murphy, some top bettors believe that we’ll see weaker defensive intensity among players due to the absence of fans. But, he notes, “there’s no way to validate that until the games begin.” Some seasoned bettors are sitting out this season because of the uncertainties but casual players continue to bet. “You’ve got recreational bettors that haven’t had any major sports who are anxious to bet,” Murphy said.

In terms of baseball, Morrow says that over-under totals on are being adjusted due to the new rule that states that, in case of extra innings, a runner is placed on second base. “It’s much more likely that extra innings will have multiple runs,” he said. The addition of the designated hitter in the National League will also bump up run totals in that league’s games.

One thing is sure though. After months of being limited to South Korean baseball, esports and table tennis wagering, sports bettors can finally look forward to some real in-field action.