Sports Betting Measure to Be Added to Upcoming California Ballot 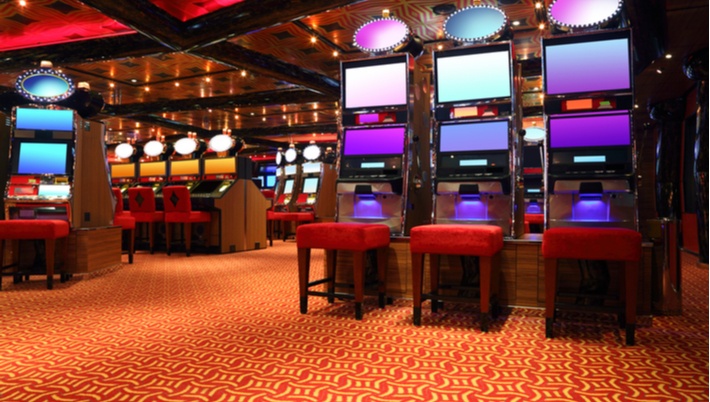 In California, gaming tribes have been the main opposition to sports betting. They  have been vocal in insisting that any sports betting in the state be undertaken, if at all, under the auspices of their gambling operations. They created the Coalition to Authorize Regulated Sports Wagering, a lobby supported by tribal gaming operators, to  ensure that any new legislation about sports betting protects tribal casinos’ interests if sports betting becomes legal in the state.

The amendment would allow California’s tribal casinos to offer sports betting, roulette and dice games, subject to the tribes being able to reach an agreement on compacts with the governor. Such compacts would also need to be approved by the state legislature.

On-site sports betting would also be allowed at Santa Anita, Los Alamitos, Del Mar and Golden Gate Fields race tracks. Sportsbooks would pay 10% tax on their profits. Racing officials have expressed hope that they would also benefit financially which would then give them the opportunity to attract additional horses to the circuit. That could mean an additional $10 million in annual additional purse revenues by 2023.

However, if the cardrooms can advance their own agenda of legalizing online sports betting, the stakes might change.

California cardrooms are the biggest bane in the side of California’s gaming tribes. There are dozens of cardrooms located throughout California where visitors can play a number of table games. Cardrooms offer games such as Omaha poker, Texas Hold’em, Let it Ride, Caribbean Stud, pai gow poker, baccarat, etc.

Most also offer a blackjack variation known as “California blackjack” in which, in a deck of 53 cards, one card is a joker. Visitors are invited to “be the house” in these card rooms because, due to the state’s gaming regulations, players can’t compete the house -- only against each other.

To skirt this regulation, to make money, each cardroom charges a player’s fee and players take turns “being the house” at which time, s/he is the designated banker.

The cardrooms can get big – the largest is The Commerce, located 7 miles south of Los Angeles. Up to 200 people can play at The Commerce at one time.

Sports betting advocates see New York, Texas, Florida and California as the Big Four – the main targets of sports betting proponents who believe that once they get sports betting up and running to these populous states, the remaining 20 states that have not yet legislated sports betting will quickly join the advance.

On-site sports betting is already available in 4 New York upstate casinos but Governor Andrew Cuomo is moving forward on bringing mobile betting to the Empire State. It’s still not clear which operators will be allowed to offer mobile sports betting in New York or how the platforms will be organized but the market is so lucrative that most analysts agree that New York will be able to get bidders to agree to turn over 50% - 55% of the profits to the state

In Florida, the governor signed a gaming compact with Florida gaming tribes that will allow sports betting to operate out of tribal casinos – again, depending on the progress of legal challenges which are certain to appear.  Critics say that the compact creates a monopoly for the tribes and the delay that the court challenges will create will make it harder than ever to get a sports betting framework up and running.

In particular, the compact allows the tribes to expand their gaming operations beyond tribal land which contradicts the terms of the Indian Gaming Regulatory Act (IGRA) that sets out conditions that allow native American tribes to operate only on their tribal lands.

If the Department of Interior doesn’t reject the compact, someone or other will file suit in federal court. Chances are, observers say, that Florida will only be able to offer brick-and-mortar sports betting that operates from tribal casinos.

In Texas, a sports betting bill has been tabled but chances aren’t good for passage. The Texas Constitution bans most types of gambling so if the sports betting bill were to pass, it would need a two-thirds vote of lawmakers. Only after that vote would the issue be presented to voters.