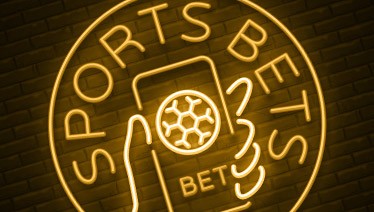 Barely 3 months after the United States Supreme Court ruled that states could legislate their own sports betting laws, the move towards sports betting is fast and furious. Five states presently allow sports betting – Nevada, New Jersey, West Virginia, Delaware and Mississippi – and over a dozen more have pending legislation that will, if passed, bring sports betting to their state in the near future - either through land-based casinos, or through online casinos, like our very own Grande Vegas Casino.

The NFL, a staunch opponent of sports betting, has made peace with the recent SCOTUS ruling that allows states to legalize sports betting and is looking for ways to get in on the action. The NFL has now given league teams the opportunity to strike deals with casinos that offer sports wagering options.

According to the NFL, teams that wish will not be allowed to strike sponsorship deals with casinos where sports betting takes place. Franchises can display advertisements from casino sponsors (before and after the game but not during the game), In return casinos will be permitted to use NFL and team branding to advertise their brand – though not sports betting services – on the games’ TV broadcasts and on the stadiums walls.

The NFL was the most vocal opponent of sports betting in the years leading up to the Supreme Court case, arguing that allowing sports betting would compromise the integrity of the game. But once the SCOTUS ruling was handed down the NFL decided to prepare for the new reality. The NFL Business Ventures Committee, which is comprised of 10 NFL owners,  gave the go ahead for the change in policy.

The NFL might be resigned to the new order but they’re not happy. The NBA, on the other hand, is more ahead more quickly – they’ve already partnered with MGM Resorts International and are now MGM’s official gaming partner.

Arizona is one of the states that is presently considering sports betting legislation but observers say that such legislation could potentially reduce the amount of tax revenue the state currently collects from Arizona tribal casinos.

At present, Arizona only has Native American gaming venues and does not have any commercial casinos. If non-tribal businesses are allowed to operate sportsbooks it could void the state’s gaming compacts with tribes that run tribal casinos which would reduce the amount of taxes collected from those casinos.

According to Hart, presently, the state’s tribal compacts give the Indian groups exclusive rights to operating gaming facilities in Arizona in exchange for tax revenue. Currently, Arizona tribes share up to eight percent of their gross gambling revenue with the state. If the state acts to expand gaming to non-tribal businesses those agreements would be nullified.

Countrywide, operators of tribal casinos are discussing ways to get in on the liberalized gaming laws that are being enacted in the wake of the SCOTUS ruling that opened the door to states to enact liberalized sports betting laws in their states. *In Arizona,

Governor Doug Ducey, a supporter of liberalized sports betting laws in the state,  might decide to simply amend the current tribal gaming compacts to allow the tribal casinos to begin operating sportsbooks. “This is positive news,” Ducey was quoted as saying. “We have been working on a modernized gaming compact. This ruling gives Arizona options that could benefit our citizens and our general fund.”

Ducey wants to allow Arizona’s tribal casinos to operate sportsbooks as well as off-track parimutuel betting facilities found across Arizona. There are 55 such venues in Arizona. “Of course, we have the tribal gaming compact. And of course we want to respect that and make sure we’re properly communicating with the tribes,”  the governor declared.  “But there’s also other factors we want to take into account.”

The National Indian Gaming Association (NIGA) has been more circumspect as it issued a nine-point plan for their federal legislative focus on sports betting. The NIGA’s proposed principles include the provision that “sports betting revenues will not be subject to taxation for tribal governments.”

If the dispute boils down to a legal fight the issue will center on whether Arizona tribal Class III gaming compacts between the state and the tribes give the tribes exclusive rights to sports betting. Currently there’s a so-called “poison pill” agreement amendment that stipulates that if the state expands off-reservation gaming without tribal consent, the change will threaten the roughly $100 million the Native American casinos share with the state government.

Fantasy sports is another division of the sports world that have benefitted from the SCOTUS ruling that legalized sports betting last May.

The FanDuel Sportsbook, a web-based app that is supported by both Android and iOS systems,went live in New Jersey, giving sports bettors the opportunity to place their wagers via their smartphones and PCs throughout the state. There’s a five-day soft launch where access will be limited to a small group of customers and following that period, it will be open to all.

The FanDuel Sportsboook joins the DraftKings Sportsbook that opened recently in NJ. It will function as a complement to the FanDuel-branded retail Meadowlands sportsbook.

FanDuel Sportsbook, which is partnered with the European bookmaker Paddy Power Betfair has created a platform that mimics the look and feel of the FanDuel DFS client. It uses a customized, rotating carousel to display featured bets where customers can share funds across products.

Bets as small as $0.10 are allowed including both in-play wagers and prop bets. The cash-out feature turns every bet into an in-play bet so customers can collect adjusted payouts before a result is decided. FanDuel bettors will be able to buy a looser line for a reduced payment and see everything online other than the betting.

At the New Jersey opening, prices went at 110 for NFL lines and at between 15 and 25 cents for MLB lines.