Sports Betting on the Rise! 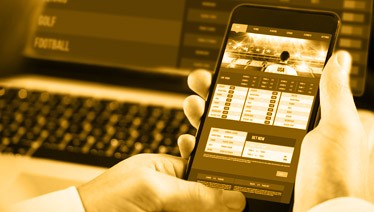 On May 14th of this year the United States Supreme Court handed down its ruling that allowed for live sports betting and online casino sports betting in states that legislate for the activity. To date, Nevada, Delaware, Montana, Mississippi, New Jersey, Rhode Island and Oregon have either passed recent sports betting enabling laws or have activated existing laws to allow sports betting in their locales.

Up to 14 additional states including South Carolina, Michigan, Illinois, Kentucky, Missouri, Indiana, Oklahoma, Kansas, Massachusetts, Minnesota and Maryland are considering bringing sports betting options to their states. Two states that are the closest to adding sports betting to their existing casino options are California and New Mexico.

A tribal casino in New Mexico has reached an agreement with the USBookmaking sportsbook to provide sports betting at its Santa Ana Pueblo casino, the Santa Ana Star Casino and Hotel.  According to the casino the sportsbook is scheduled to open this month.  In a press release,

Vic Salerno, president of USBookmaking said “We have found that there is tremendous demand for a Nevada-style retail sports book operation in a multitude of casinos throughout the US. We specialize in the ability to get to market quickly and operate efficiently.”

In the early states the sportsbook will be only retail and will not involve online or mobile wagering options.

There has been no new legislation enacted in New Mexico and the casino’s announcement caught observers by surprise. However, although the tribal gaming compact between the tribes that run the tribal casinos and the state doesn’t specifically mention sports betting, it does cover Class III gaming via the Indian Gaming Regulatory Act. Sports betting is allowed under that act and the New Mexico tribes plan to operate sports wagering through that vehicle.

In allowing the tribes to begin to offer sports wagering, New Mexico becomes the second state west of the Mississippi to offer single game wagering, along with Nevada.

The Santa Ana Star Casino, where New Mexico sports betting will launch, is located near Albuquerque. It operates under the auspices of the Pueblo of Santa Ana Gaming Regulatory Commission. The Santa Ana Star is the latest casino to join the wave of gambling establishments that offer sports wagering. It’s the second tribal casino to do so, along with the Choctaw of Mississippi, to provide sports betting alternatives.

Presently, the two gaming tribes in Connecticut , the Mashantucket Pequot tribe and the Mohegan tribe, are also now exploring the possibility of expanding into sports wagering. And a California tribe has signed a deal with GVC and MGM so they’ll be poised to get started if sports betting becomes legal in that state.

Following the United Auburn Indian Community’s agreement with MGM and GVC to partner if sports betting becomes legal in California, observers are taking bets of their own – over whether California may be the newest state to legislate for sports wagering.

The United Auburn Community (UAIC) is placing the infrastructure in place so that, if and when California sports betting becomes legal, they’ll be ready to start offering the option immediately. The partnership means that GVC and MGM will set the wheels in motion at the UIAC’s Thunder Valley Casino Resort which is located in Lincoln, California in the foothills of the Sierra Nevada mountains.

Scott Butera, president of interactive gaming at MGM, said  “We are excited to have a partner the caliber of UAIC as our first partner for MGM-GVC in Indian Country.”  MGM-GVC is set to provide “proprietary technology” and “iconic brands” so that UAIC will be able to offer online and on-site sports betting along with online poker and online casinos games at the Thunder Valley Casino Resort.

GVC director of Corporate Development and Strategy Adam Greenblatt commented, saying “We greatly admire the success of UAIC has had with its Thunder Valley Casino Resort and look forward to adding to that success.” Gene Whitehouse, chairman of UAIC said “It is not yet clear if California will authorize sports betting or interactive games generally, but with the overturn of PASPA possibly opening the doors for sports betting, our tribe wants to be well-situated and this agreement with the national leader in the field does just that.”

The deal gives MGM-GVC an early entrance into the US’s second largest state in the event that the California legislature legalizes sports betting. The move to do that is being championed by California Assemblyman Adam Gray who is leading the push to have sports wagering made legal in California. Presently, the state constitution prohibits sports betting and would require. A voter referendum would be required to make the change.

Gray and the pro-casino lobby in California have been trying to get the measure on the baller. The initiative could cost between $2 to $3 million and would require between 500,000 to 600,000 signatures. The odds against such a move seem to be high but Native American tribes hold a great deal of political power in California. The fact that tribal gaming generates upwards of $8 billion annually for California is also an incentive for the state to act.

Parimutuel Horse Wagering – This type of “mutual betting,” refers to a form gambling in which players compete against one another through pooled bets, rather than playing against “the house.” Once management fees and taxes are deducted, the pool is divided amongst the winners. Parimutuel betting is only allowed in the context of horse racing in California.

Charitable Gambling -  Bingo games, in which the proceeds go to a charity. The games are often hosted by the charities themselves. Charity gambling involves ONLY bingo in California.

State Lottery – the California lottery offers a wide range of scratch card and other games including Lotto, Super Lotto, Mega Millions and more.

Card Clubs – Card clubs are similar to Vegas casinos but they make their money by charging players a fee to play. Then, the players bet against one another instead of against the “house.”

Presently, other than tribal casinos, there are no Vegas-style casinos in California. Any future legislation might change that as well.