Sports Betting Round-Up — What to Expect 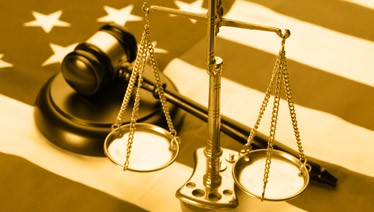 As soon as the Supreme Court ruled that Vegas casino style sports betting could be adopted by individual states, gaming commissions in multiple states discussed plans to get started. Some states, such as New Jersey and Delaware, had already passed the legislation that would allow sports betting to take place in their state and were waiting for the formal OK from SCOTUS to get started. Others began the legislative process within weeks of the SCOTUS ruling.

Some of the newest updates in the American sports betting arena include new moves in Mississippi, Kentucky, Illinois, and New York.

Mississippi Gov. Phil Bryant has indicated that he might call state legislators into special session to address issues related to sports betting in the state. The focus of the session would involve discussing how to allocate Mississippi sports betting revenue.

State Sen. Joey Fillingane described his vision of how to use the new revenue. “So what will actually happen, in practice, is currently those dollars would simply go into the general fund. Because there is no law in place that says they would be diverted to infrastructure or education or wherever. It just goes into the state’s general revenue fund.”

There are presently 28 casinos in Mississippi. MGM, which operates the Beau Rivage Resort & Casino in Biloxi, will pilot a sports-betting center along with the Caesars Horseshoe Tunica Hotel & Casino in Robinsonville. Other casinos are also preparing to launch their own sports betting venues.

According to the legislation, Mississippi sports betting will be almost totally restricted to land- and water-based casinos. Mobile wagering can take place while the bettor is physically on the property of a land- or water-based property. In-person signup at a physical sportsbook is required.

Sports betting revenue will be taxed at 12 percent. Eight percent will go to the state and four percent will be given to local municipalities.

Kentucky is preparing to legalize sports betting in 2019. Senator Julian Carroll, member of a nine-member panel that was created to advance sports gambling legislation, has pre-filed Bill BR 29 which will be considered next session. BR 29 will expand the state's pari-mutuel laws to require the Kentucky Horse Racing Commission to institute a sports wagering system for off-track betting facilities and horse racing tracks.

The bill does not include several provisions favored by the sports governing bodies, including integrity fees. There is, however, some potential for league influence and input. If Carroll’s bill passes it will allow the governor to include league executives among his 15 appointees to the Commission.

The Commission will be tasked with developing procedures and programs that will aggressively fulfill its regulatory role and oversight on sports wagering to ensure that no undue influence is brought to bear on the outcome of any athletic event as a result of wagers placed upon the event.

Critics point out that the proposed tax rate is prohibitive and won't draw operators to the state. The original 20% rate has been reduced to 3% but observers believe that that is still untenable. Sports betting has tight margins. For example, Nevada sportsbooks hold only about 5 percent of the total money wagered (for every $100 bet, the operator can expect to make $5 in gross revenue).

Kentucky's present bill would take $3 out of every $100 wagered, regardless of the revenue. That would create an effective tax rate that approaches 60% which no operator will touch. The bill still has a ways to go before it will see the light of day.

In Illinois, sports betting legislation could come to the legislature as early as the beginning of the coming session in the fall. There are already five competing proposals that would legislate sports gambling in Illinois including one that includes "integrity fees," another that addresses online gambling and a third that focuses on racetracks and riverboat casinos.

Most observers believe that nothing will happen until late 2018 or early 2019, after the mid-term elections. Chicago is a potentially lucrative market which would be a prime target for sports betting expansion. If Illinois legislates sports betting approval, Chicago may become the first of the three largest US cities to welcome sports betting.

New York remains the big sports betting question for 2018. Joe Girardi and Joe Torre, two legendary Yankees managers, visited the state capitol in Albany with the goal of ensuring that nay law in New York protects the integrity of baseball.  Torre, who won four titles with the Yankees, said "When you open it up to all the people who would be involved in sports betting, there are some potholes out there. And I want to do my part in just letting you know how I feel and the passion I have for this sport and of course all the fans who have enjoyed it all these years."

New York lawmakers are debating how to proceed with sports betting. Gov. Andrew Cuomo has said that they may not pass the law legalizing sports betting before  the legislative session ends June 20.The Senate would almost certainly vote to pass a bill sponsored by John Bonacic, R-Mount Hope and, Orange County Racing Committee chairman but his party is currently lacking a majority.

A majority in the Democratic-led Assembly isn't a sure thing but Bonacic is optimistic that the bill can pass. "Let’s do it the right way, expand it to the limit we’re allowed by law and have the money go to education and give the people (options on) how they want to spend their money on recreation." Bonacic's bill would expand in-person betting to Off-Track Betting facilities that partner with one of the casinos and would allow mobile sports betting.

The bill would allow for a 8.5 percent tax that the casinos would pay of their gross revenues from sports wagering. Sports leagues would get up to .25 percent. The bill has the support of the leagues which expect to incur the costs of monitoring sports betting and ensuring that no illegal activities among players take place.

At present New York has a 2013 law on the books that allows sports betting at its four upstate casinos. The law allows only bets in person. The four casinos include those in the Catskills, Finger Lakes, Southern Tier and Albany areas.

In anticipation of a new law the New York Gaming Commission is crafting regulations to regulate sports betting in New York.