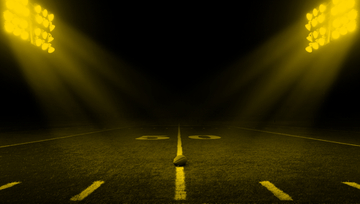 Even before the May 2018 SCOTUS ruling that gave states the right to legalize land-based and online casino sports betting in their jurisdictions, wagering on sporting events was definitely part of America’s sports culture. It was available, but only through underground networks or offshore books. Anyone could place a bet but it wasn’t above board and the only people making money on it were either criminals or online sites operated from outside the country.

In 2015 New Jersey challenged a 1992 Congressional Act, the Professional and Amateurs Sports Protection Act, and the challenge made its way to the Supreme Court.  The court ruled that PASPA, which had been passed with the goal of protecting athletes, teams and leagues from the possibility of corruption from sports betting, was unconstitutional. Therefore, SCOTUS said, individual states could legislate their own sports betting laws.

New Jersey was the first state -- outside of Nevada which had been exempted from PASPA -- to allow sports betting within its boundaries.  To date, in various formats, ten states host legal, state-regulated sports betting industries. They include Nevada, Delaware, West Virginia,  Mississippi, Pennsylvania, New York, Arkansas, Rhode Island, Pennsylvania and New Jersey. Some tribes in offer sports betting in New Mexico under an existing Class III gaming compact.

Sports betting legislation is also being considered in other states such as California, Connecticut, Oregon, Michigan, Maine and Kentucky.

Showtime has created a 4-part documentary series, Action, that chronicles this history of the events of the past year through the lives and betting of bookies, oddsmakers and bettors.  The show follows their lives, as part of the new sports betting industry throughout the 2018-19 NFL season, culminating with Super Bowl Sunday.

The documentary follows some of the industry’s major players through the beginning stages of American sports betting as states erect their legal infrastructures. As the series progresses, the tension builds. Viewers watch as as all sides prepare for the 2019 Super Bowl when nearly $5 billion was at stake in wagers around the country. The focus of the series is a look at how quickly fortunes can be won or lost in an industry that’s barely one year old (and hadn’t even reached its first anniversary during the 2018 – 2019 NFL season.

The series was broadcast in March, on the first weekend of the NCAA’s March madness college basketball tournament, where Americans bet over $8 billion.

Luke Korem, the show’s director and producer, was inspired to create the series because he was fascinated by the rapid pace at which sports betting has moved since May 2018. “I’ve always been interested in sports betting, in particular because it’s ingrained in the sports world and in America, sports is huge,” Korem said. “We all know that there’s all this money being bet on sports” – the American Gambling Association estimated that illegal sports bets totaled as absurdly high as $500bn – “but we’re not allowed to talk about it.”

Korem is focusing on the “why now” aspect of the legalization of sports betting and its embrace by the American sports culture. The series features colorful characters from the world of sports gambling – gambling addiction experts, illegal bookies, handicappers and both amateur and professional bettors along with others who represent ways in which the new sports betting industry is the “Wild West” of the gambling world.

Director Korem seeks to illustrate the adventure side of sports betting. According to him, “If you live on a day-to-day basis in the world of gambling, if you wake up and you don’t know if you’re going to lose money or make money, your life is just a rollercoaster. It became apparent that everyone we met with, their lives every day were an adventure.”

In one scene, professional bettor Dave “Krack” Krackomberger shows “the easiest way to keep a $10,000 pack” (packs of $1000).  Krack explains that “I’m not your typical sports bettor. I do this for a living, and this is a business to me.” When asked if he’d wager a million dollars, Krack replies incredulously. “Of course, are you kidding me?”

In another scene, Vegas Dave Oancea takes viewers through a standard day of work as he sells his picks for the day’s games on Twitter, Insagram and Snapchat.  “Five hundred bucks, 500 bucks,” he repeats. An hour later, he’s made $180,000.

The show also features Seattle Seahawks quarterback Russell Wilson, comedian Cousin Sal and sports broadcasting icon Brent Musburger.  The show has come in for a good deal of criticism from many in the sports industry who aren’t pleased with publicizing some of the negative sides to sports wagering. However, the show’s producers hope that the documentary gives viewers a chance to examine the sports betting industry from all angles.

Luke Korem  summarizes his work. “The chorus of human stories we present in ‘Action’ will resonate far beyond the world of sports and gambling. This is a subculture that reflects to an extreme the risk, reward, and uncertainty we find in our everyday lives. I’m thrilled that Showtime is allowing us to capture these stories at such a unique moment in history.”

The series makes every effort to touch every corner of the world of sports betting. Kelly Stewart, one of Vegas’s only female sports gambling experts provides a good deal of the conversation and the 2nd episode examines gambling addictions and problem gambling. “I always wanted to put a total objective lens on the industry,” Korem says. “I don’t want to just praise sports betting as something that’s going to be great. With the good is the bad.”