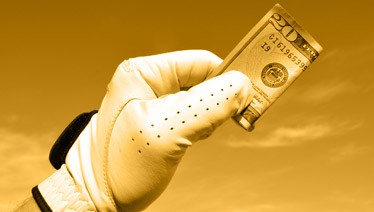 The popularity of sports betting has astounded many observers who couldn’t have predicted the speed with which the activity would grow in the United States since SCOTUS (Supreme Court of the United States) ruled that individual states could legislate for sports gambling. The implications for the states, for the online casino, for land-based casinos, for the sports leagues and for individual gamblers couldn’t have been foreseen  when New Jersey won its court case in May.

New Jersey had challenged the Congressional  Professional and Amateur Sports Protection Act which barred state-authorized sports gambling (other than in Nevada which was “grandfathered in” as the only state where a player could wager on the results of a single game.)

Since May, Delaware, New Jersey, West Virginia, New Mexico and Mississippi have introduced sports betting at their casinos and Pennsylvania, New York and Rhode Island have pending legislation that will allow sports betting in their states. Other states that are considering bringing sports betting to their locales include Minnesota, Oklahoma, Kansas, South Carolina, California, Connecticut, Oregon, Montana, Massachusetts, Ohio, Iowa, Tennessee, Louisiana, Illinois, Missouri, Indiana, Maryland, Michigan and Kentucky. Arkansas has an issue pending on its November 2018 ballot to allow state voters to decide whether to bring sports betting to the state.

For the latest news in some of these and other locals:

Tennessee is the latest state where sports betting is being seriously considered by state legislators and politicians including those who are running for governor in the upcoming election. Recently the candidates for governor in Tennessee, Republican Bill Lee and Democrat Karl Dean over whether it would be in Tennessee voters’ interests to bring sports betting to the state.

Lee, the Republican candidate, is wary of introducing sports betting in Tennessee.  He said “I think that organised betting frequently develops into organised crime that we don't need in our state.”

Currently, the law in Tennessee restricts gambling. There are no casinos in the state at present but Tennessee’s neighbouring states all offer casinos and many residents are weary of seeing revenues that might otherwise be going into state coffers leaving the state as Tennessee gamers cross state lines to play. Dean addressed this issue when he said “We are going to have every state surrounding our state with sports betting and people will be going to those states spending money instead of here.”

Tennessee generally tends to swing toward a Republican leadership in the State Capital so Tennessee casino enthusiasts and sports betting aficionados aren’t optimistic about seeing a change any time in the future. But there are indications that the election results will be close so gamblers in the state are watching and waiting with a degree of anticipation.

Arkansas’ state Supreme Court cleared the way for the state to add a question on the November 6 ballot that will allow state voters to vote on whether to allow the state to introduce casino gambling. Two challenges to the proposal -- Issue 4 -- were raised and were struck down by the court. If Arkansas voters approve Issue 4 the state could begin to issue licenses and allow sports betting within months.

The challenges were raised by 2 groups, Citizens for Local Choice and Ensuring Arkansas’ Future. The two groups wanted to stop Secretary of State Mark Martin from certifying votes on Issue 4 based on questions as to whether or not the popular name of the issue was sufficient and whether or not the ballot title was sufficient. The groups argued that the names were misleading and the omitted necessary information.

In its ruling the court said  “We conclude that this is not misleading. A popular name need not identify all future scenarios. The popular name is an identification tool and simply cannot explain every eventuality of the actual amendment."

Observers expect the measure to pass, especially because opening the casinos and sports betting venues could create up to 6,000 more jobs for the state. The last time that Arkansas voted on changes to Arkansas’ casino legislation when more than 309,000 people voted for the proposal and more than 544,000 voted against.

Pennsylvan’s Gaming Control Board (PGCB) has approved two sports betting licenses for the state, one in Hollywood Casino in Dauphin County and one at the Park Casino in Bensalem. The state regulator chose those two venues from a pool of five Pennsylvania casinos who submitted applications. The PGCB will consider the other three applications later this month -- one for SugarHouse Casino in Fishtown, one for Rivers Casino in Pittsburgh and one for Harrah’s Philadelphia Casino and Racetrack in Chester.

Applicants in Pennsylvania commit to a 36% tax rate (34% of which will go to the state, with a further 2% going to local governments) and a $10million licensing fee. The tax rate is over four times higher than New Jersey’s 8.5% tax for sports wagering in casinos and is higher than any other state, leading critics to note that sports bettors in Pennsylvania might continue to cross the border to one of Pennsylvania’s neighboring sports betting states, effectively depriving the state of the revenue that it seeks to collect.

West Virginia is one of the newest states to legalize sports betting and they’re moving ahead quickly with approved final state rules for sports wagering. The WVLC (West Virginia Lottery Commission), the state body that will be responsible for overseeing sports betting in the state, published temporary rules in August

The WVLC invited the public to propose changes to the temporary rules and the sports league suggested 7 changes, all of which were rejected by the WVLC. One of those changes involved the introduction of integrity fees which would deliver some of the tax revenue from legalized sports betting to the leagues (including the MLB, NBA, PGA Tour, etc). The leagues were prepared to commit to monitor the integrity of the sports in return for payment via the integrity fees.

One rule change that was approved involved permission for individuals located in another state to use a sports betting app to check their accounts without placing a bet.

Final approval for the permanent rules will be granted during next year’s 60-day regular sessiion.

New Jersey, the state that successfully took the Professional and Amateur Sports Betting Act to court to challenge Congress’s ability to outlaw sports betting, is seeing a tremendous growth in its gambling industry.

The New JErsey Division of Gaming Enforcement shows that internet gaming rose from 26% to almost $26 million while  total gaming revenue a healthy 5% to $1.89bn. Internet gaming also grew in the same period.

Must of the gain is attributed to the start of the NFL season. The largest percentage of the September revenue income  ($9.6million) was attributed to football betting. The majority of that (14%) came in the parlay category as compared to the 10% won on football.