Sports Leagues and the Future of Legal Sports Betting 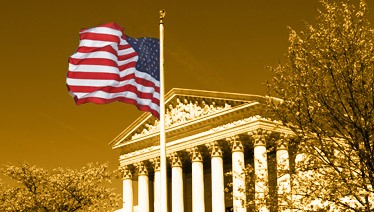 Sports betting is a multi billion dollar industry that is presently dominated by Vegas casino interests, illegal bookies and offshore markets. That may change this May when the Supreme Court rules on the legality of disallowing sports betting online.

The expectation is that the Supreme Court will, indeed, give the go-ahead for online sports betting to move forward. If so, observers are worried that monetizing and implementing this industry will fail thanks to the NBA and MLB's push for a piece of the action.

Right now the anti-sports gambling laws in America are based on the Professional and Amateur Sports Protection Act of 1992.  PASPA is a law that defines the legal status of sports betting in the United States.  It outlaws sports betting in all states except for those where sports betting was already legal prior to Congress passing the PASPA bill – Montana, Delaware and Oregon.  States in which licensed casinos had been operating for the previous ten-year period (such as Nevada) were also exempted from PASPA

New Jersey is leading the assault on PASPA by appealing its constitutionality to the Supreme Court. New Jersey lawyers will argue that Congress doesn't have the authority to enact laws that prohibit what's viewed as "immoral conduct."  Furthermore, they argue that Congress doesn't have the authority to create a law that outlaws an activity in one area of the country (states that didn't allow sports betting previously or didn't have operating casinos at the time of the law's passage) yet allows it to continue in other areas.

PASPA is favored by many sports organizations and leagues including pro leagues such as the NBA, the MBA and the NFL. They reason that when betting is taken out of the picture, players will be less likely to fall victim to blackmail or bribery that might cause them to throw games. The leagues say that they want to preserve the integrity of the sport and maintain it as a pure sporting event which won't happen if betting is allowed.

Now the U.S. Supreme Court is set to rule on the constitutionality of PASPA – indications are that it will hand down its ruling by May. While professional sports leagues are still opposed, on principal, to eliminating PASPA, they aren't adverse to considering how to skew the situation in their favor if the Supreme Court, as is expected, strikes down PASPA.

Cut of the Action

Some sports leagues are requesting a cut on future sports bets. Twitter VP of Analytics, Jeff Ma, a well-known expert in the gambling industry. Ma was one of the leaders of the infamous blackjack team from MIT (immortalized by the book Bringing Down the House and the film 21). Ma believes that, by trying to get a piece of the action, the sports leagues may actually impede the sports books' ability to attract gamblers away from offshore markets and illegal betting.

Ma served as a consultant for the San Francisco 49ers (NFL) and the Portland Trail Blazers (NBA) He understands the inner workings of professional sports leagues and isn't impressed by the leagues' attempt to demand a percentage of the betting action. At a recent MIT Sloan Sports Analytics Conference Ma told CNBC "Traditionally, a lot of the leagues are run by lawyers so they think about how do we protect our assets, they don't think about how do we monetize our assets. In this case, they are thinking protect and charge people money instead of focusing on the bigger opportunity down the road."

Ma suggests that the leagues and betting operators create a partnership, at least until the legal sports betting market develops. Only then would it be a good idea to take a flat fee off the top.  The NBA, under the leadership of commissioner Adam Silver, supports opening pro-sports to legal sports betting, though he would want to see the market heavily regulated.

Dan Spillane, NBA senior vice president and assistant general counsel for league policy and governance, has promoted creating a legalized sports betting model in New York state that could then be used as a model across the country.

Spillane stated that "our conclusion is that the time has come for a different approach that gives sports fans a safe and legal way to wager on sporting events while protecting the integrity of the underlying competitions. Without our games and fans, there could be no sports betting. And if sports betting becomes legal in New York and other states, sports leagues will need to invest more in compliance and enforcement, including bet monitoring, investigations, and education. To compensate leagues for the risk and expense created by betting and the commercial value our product creates for betting operators, we believe it is reasonable for operators to pay each league 1% of the total amount bet on its games."

The NBA believes that a successful approach to legally-regulated sports betting, similar to that which exists in other international jurisdictions such as in Australia and in France, would be successful.

It's estimated that 78 percent of Americans have placed a bet on an NFL game while 43 percent have wagered on an NBA game. Other popular sports for betting include college basketball (40 percent), baseball (39 percent) and horse racing (27 percent). Regardless of whether it's legal to bet on sporting events, it's clear that Americans do, and will, bet.

Proponents of legalized sports betting say that the ability to place legal wagers will garner more interest in the pro sports leagues, raising viewership. Ma discussed the issue during a panel on gambling at the MIT Sloan conference "You're seeing a paradigm shift in the fact that millennials do not like to sit down and watch long-form stuff. It's short-form. It's Snapchat. It's clips on YouTube. Hopefully the level of engagement that gambling could give could combat that, so that you wouldn't see ratings go down.  Some people do not like to sit and watch a three and a half hours thing anymore unless there's something vested in it."

In Australia, professional leagues receive a small, undisclosed percentage of bets made on their sports as part of the country's legal and accepted practice of sports betting. The NBA has studied Australia's model and is considering how it can be adapted to American society.

America's long history of underground wagering may have created a culture that's hard to crack. There's a thriving underground infrastructure of illegal bookmakers and many U.S. sports bettors are most comfortable when they wager using illegal local and offshore bookmakers.

Ma commented that "That's a real concern. There's a lot of reasons that people don't necessarily want to bet legally and if you make it even harder with worse odds and all that kind of stuff, you're creating the wrong situation."

If the U.S. Supreme Court rules in the states' favor and overturns PASPA, casinos, bookies, bettors and others will have some serious work to do to try to make everyone happy.