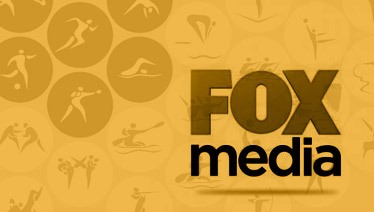 FOX Sports and The Stars Group are finalizing an agreement that will see the two firms enter into a long-term commercial arrangement in which The Stars Group will gain an exclusive license to use specific FOX Sports trademarks. The initiative, to be called “FOX Bet,” means that sports betting will soon become more easily accessible, via an online app, to residents of sports-betting states.

The new partnership has announced that it expects to launch two products this coming fall. The products will be branded under the FOX Bet umbrella and will include a nationwide free-to-play game along with opportunities for bettors in states with regulated betting to place bets online on the outcome of sporting events. FOX Bet will operate under the relevant laws of each state, as applicable. The free-to-play game will award cash prizes to participating players who predict, correctly, the outcome of specific sports matches.

As we see, the sports betting world continues to be volatile and full of surprises.  Thanks goodness for the solid, non-controversial nature of our own Grande Vegas Casino - only fun and rewarding promotions going on here. And don't forget new games each month!

The commercial agreement includes associated product launches and commits both groups to maintaining the partnership for 25 years. Stock acquisition and investment commitments are also part of the deal. Eric Shanks, Chief Executive Officer and Executive Producer of FOX Sports said “FOX Sports is already synonymous with the best live sports events in the country and now we are expanding the way we immerse fans in the sports culture they love. Digital sports wagering represents a growing market opportunity that allows us to diversify our revenue streams, connect directly with consumers and expand the reach of the FOX Sports brand.”

Rafi Ashkenazi, Chief Executive Officer of The Stars Group added “We believe this strategic partnership uniquely positions us to build a leading betting business in the U.S., which represents one of the most exciting long-term growth opportunities for our company. Leveraging our proven media partnership strategy with Sky Sports in the UK, we are excited to partner with FOX Sports to integrate wagering into sports media and drive customer acquisition and retention in the U.S.”

Legalized betting is on the rise as new states legislate sports betting in their jurisdictions at a steady clip.  Nine states currently allow sports betting and observers estimate that another twelve could add legalized sports betting this year, with more next year. Analysts say that it makes sense for a network, such as FOX, to take advantage of the growing trend.

FOX Bet will be a real money betting app. It is set to cover a wide range of sporting events. In addition to its free-to-play game, it’s probable that the company has additional plans. Digital sports is, as Shanks noted, growing and that reduces sports’ dependency on TV. FOX is confident that the new partnership will be successful as it has experience with The Stars Group and Sky Sports UK which has proved profitable.

Fox has a massive advantage in this field because they can use their extensive live rights to funnel viewers into their app. For instance, this autumn alone, Fox will be broadcasting the NFL on Sundays and Thursdays and will have broadcast rights to other sporting events including the World Series, Big Ten college football, Big 12, Pac 12 and WWE SmackDown. That doesn’t even take into account the XFL which is set to launch this year plus both the men’s and women’s World Cup games. With all that combined, it adds up to a massive audience where viewers can hear an ad read for the FOX Bet app, see the accompanying chyron on the screen and place their wager within minutes.

It’s assumed that the BetStars brand, the company operated by The Stars Group which had previously been angling for a position in the U.S. sports betting world, will become defunct. BetStars will probably now move aside so that FOX Bet can take its place. BetStars has struggled in the sports betting market as other companies, such as FanDuel Sportsbook, Draftkings Sportsbook and William Hill Sportsbook, outperform them.

FOX Bet is relying on the popularity of FOX sports to allow them to take the upper hand in the US sports betting marketplace. To start, the new app will be tested only in New Jersey.  Additional potential locations include those affiliated with  Eldorado Resorts since the Stars Group already has a deal in place for sports betting in states where an Eldorado Resorts site is located, including in Las Vegas.

After New Jersey, it’s assumed that Pennsylvania will be the next state where FOX Bet will begin operations. BetStars had a deal to offer online betting with Mount Airy Casino Resort – that deal can now move to Fox Bets. Sports betting has not yet begun in Pennsylvania but it is expected to launch in the near future.

Other states that will probably see FOX Bet begin operations within months include West Virginia where Eldorado owns Mountaineer Casino, at  Isle Casino Hotel Bettendorf in Iowa which is expected to legalize sports betting this year and at  the Tropicana Evansville in Indiana where the state has recently legalized sports betting.

As each state finishes the process of legalizing sports betting in their state, FOX Bet will take the steps needed to run the sports app in that state. (right now, several states have legal sports betting but their laws explicitly rule out online betting – for now. FOX Bet will not be operating in those states)

At this point, it’s assumed that FOX Bet will be promoted on the Fox Sports pre-game and post-game shows which are aired for sports leagues.  Fox also broadcasts “Lock It,”  a sports betting oriented show that airs on Fox Sports 1. Promotion of the app can begin immediately on that show.

It doesn’t hurt that the NFL is a major partner via TV game rights to Fox.

Other media outlets, including ESPN, may well come out with their own app. For ESPN, the issue is more complicated because they are connected to Disney and there are family-oriented brand concerns.

NBC Sports,  CBS sports and Comcast have also expressed interest in getting into sports betting. NBC sports has registered a few betting related domains while CBS sports is running their Sportsline product. Comcast, which has both a national reach and regional sports networks, has been researching a possible entry into the daily fantasy and sports betting market. TSG’s deal with Fox Sports may now start the ball rolling. .