Sportsbooks Fly as the 2018 Season Gets Underway 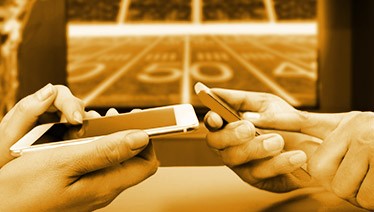 September 2018 marked the first NFL season in which football fans could place legal sports bets in the United States. TIn May 2018 the US Supreme Court ruled that states could legislate sports betting in their own states. Several states have already set the apparatus in motion that have allows the sportsbooks to begin to function at land-based casinos and at online casinos for early 2018 kickoffs.

New Jersey was the first state outside of Nevada to introduce sports betting. The state legislature had already passed the needed legislation to allow sports betting in NJ before they challenged the 1992 Professional and Amateur  Sports Protection Act (PASPA) -- the Congressional Act that prevented sportsbooks from functioning in the United States. Once the NJ appeal was successfully decided by SCOTUS the state’s casinos were ready to begin accepting sports wagers.

Since May, a few other states have initiated sports gambling legislation but New Jersey is leading the way. (Nevada had sports wagering in place before the 1992 PASPA was passed and their sportsbooks were allowed to continue to function through a “grandfather” clause). In September, the first month of NFL action -- traditionally the biggest betting sport -- NJ sportbooks brought in $24 million.

Most of the wagers were placed online."We beat all of our expectations by far," said Matt Kalish, chief revenue officer for DraftKings. DraftKings is a daily fantasy sports operator which operates one of the largest online sportsbooks in the state. Kalish was surprised. He said that he expected bettors to get used to sports betting online slowly, even though he believed that NJ offered a high potential for sports wagering. Instead, Kalish said, "people are moving quickly from black market sports betting options to legal and regulated options like DraftKings."

New Jersey sportsbooks grossed little more than $7 million in revenue over June and July while the casinos and other sportsbooks operators were readying the betting infrastructure.  Once the casinos were ready to start accepting bets the bets started coming in, both online and in-person.

Bogata Casino and the Monmouth Park Racetrack each earned more than $2 million in gross revenue in September while Meadowlands Racetrack took in almost $4.4 million in revenue from sports wagers.

The first online sportsbook to open in New Jersey was DraftKings. DraftKings opened on August 1st and it was followed by multiple additional land-based and online sports betting options. All together New Jersey sportsbooks have taken in more than $336 million in wagers. $126.5 million of those bets were placed online.

As of October 2018 there are more than half a dozen sportsbooks in the New Jersey market. In addition to FanDuel the NJ sportsbooks include playMGM, FanDuel, BetStars, SugarHouse, 888Sportsbook and William Hill. FanDuel alone brought in over $175 million in handle and entry fees in New Jersey from sports bettors. The DraftKings' NJ success coincides with the company's first-ever Sports Betting National Championship. The Championship is scheduled to take place in early January in Jersey City.

Even though the NFL is partnering with sportsbooks and casinos in a bid to get some of the action from NFL sports betting, the topic of gambling is not getting airtime on NFL pregame shows and game telecasts. Telecasts from ESPN, Fox, CBS, NBC and NFL networks this season aren’t topics about which broadcasters speak. John Entz, executive producer of Fox Sports, said "to this point, gambling on any sport has not been a topic for our announcers live during games and I don’t expect that to change much this NFL season."

The ban is being upheld by all  NFL pregame shows such as Fox's top-rated "Fox NFL Sunday," CBS' "The NFL Today," ESPN's "Sunday NFL Countdown"  as well as weekday programming, such as ESPN's "NFL Live." Up until the U.S Supreme Court’s landmark ruling that allowed states to legalize sports wagering, the NFL actively opposed legalizing sports betting in the United States.

NFL attorneys argued before the High Court that allowing sports wagering would compromise the sport and might tempt players and other officials to play differently than they would if there was money involved. The Court, however, saw it as unconstitutional for the federal government to disallow sports betting and moved this decision to the individual states.

Now that more than a few states are allowing gambling on sports, the NFL is looking for ways to get a piece of the action.

There’s an estimated $100 billion involved in the annual sports wagering market. That’s the amount that observers believe was being lost to street corner bookies and offshore website where bettors placed their bets prior to the legalization of sportsbooks in the United States.

Some analysts thought that, given the rapid legalization of sports betting, the NFL might relax or even eliminate its long-time restrictions on broadcasts’ discussions about betting lines and point spreads. Some TV executives asked about the possibility of openly addressing sports betting this season. NFL officials, so far, are not giving the OK. It may happen in the future but not this season.

Fred Gaudelli, executive producer of NBC's "Sunday Night Football” was blunt. “At this point, we're going to honor the deals, and there won't be any specific gambling messages on our air this year." Gaudelli was referring to deals that had been made prior to this year.

Some NFL announcers such as NBC's Al Michaels have flipped in gambling references in their game coverage. Michael’s said "I've had a lot of fun with this through the years coming in a back door, a side door or whatever, different ways to use the English language. People know what I'm talking about."