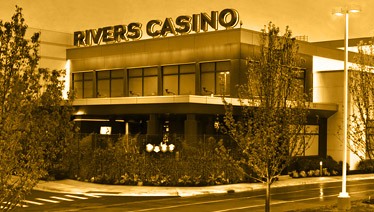 DraftKings Sportsbook and FanDuel Sportsbook are preparing to launch a $1m advertising campaign in Illinois to raise awareness about a "bad-actor" clause the state’s casino, Des Plaines Casino, is pushing. The casino wants to see the clause included in any state law that will legalize Illinois online casino games sports betting.

The two fantasy sports operators and sports betting giants are working together to thwart any attempt to prevent them from bringing their sportbooks to Illinois. DraftKings and FanDuel say that the Rivers casino is pushing the bad actor clause to reduce competition for its own hoped-for sportsbook.

FanDuel and DraftKings were struggling Fantasy Sports operators when the Supreme Court ruled, just one year ago, that states could legislate sports betting in their jurisdictions. Since then, almost a dozen states have added sports betting to their states’ roster of legalized pursuits and another dozen are expected to do so this year.

The issue of sports betting will, most analysts say, become a reality in Illinois in the near future. One of the issues that’s yet to be decided involves a “bad-actor” clause, that is part of the current bill that’s before the state legislature. That clause would restrict FanDuel and DraftKings from entering the market in the state for 3 years. The addendum, promoted by the Illinois Des Plaines Rivers Casino, would punish the two operators for offering then-illegal fantasy sports in the past.

FanDuel has been the leading sportsbook in terms of revenue within the state of New Jersey to date, with DraftKings second in the running. Both hope to enter an Illinois market and have teamed up to fight any exclusionary clause in impending legislation.

FanDuel and DraftKings don’t intend to go down without a fight.  They are readying a $1 million ad campaign that targets Rivers Des Plaines Casino and owner Neil Bluhm of Rush Street Gaming. In the ads the duo claim that Rivers wants to exclude FanDuel Sportsbook and DraftKings sportsbook from Illinois sports betting  in order to promote their own sportsbook. FanDuel is also threatening any language in the Illinois sports betting bill that targets their company will result in a lawsuit.

Paul Gaynor, spokesman for Rivers Casino, responded to the ads and the threats of a lawsuit. "It’s not surprising FanDuel and DraftKings are spending $1 million to try and buy a duopoly after years of engaging in conduct the Attorney General concluded clearly constituted illegal gambling, without following regulations, paying taxes or paying licensing fees.  Now they want to be rewarded for their improper behavior and put in front of the line ahead of gaming entities who complied with the law and regulations, paid taxes and put thousands of Illinois residents to work."

The so-called bad-actor clause that may become part of an Illinois sports betting bill would restrict FanDuel Sportsbook and DraftKings Sportsbook from participating in sports betting in the state for up to three years.

DraftKings Sportsbook and FanDuel Sportsbook released a joint announcement regarding their upcoming ads. They said “… advocacy advertisements will air on radio broadcast and cable, state- and city-wide, including morning and evening news, late-night talk shows and live sporting events. There will also be a multichannel digital engagement campaign across social media, search, YouTube and over-the-top streaming providers, including Hulu, Roku and radio providers like Spotify and Pandora.”

The first ad has already been produced. It frames Rivers as denying needed tax revenue to Illinois. The Rivers casino already operates sportsbooks at its casinos in Pennsylvania and will certainly become involved in the sports betting market if Illinois passes legislation to make sports betting legal in that state. The Rivers casino is located in Chicago suburbs near O’Hare Airport.

Gaynor, unsurprisingly, argues that the ads are misleading. “While we support the legalization of sports betting, what we don’t support are companies that brazenly operate outside the rules, which is why a regulatory waiting period would ensure the integrity of sports betting and that they fully and readily comply with the same strict regulations already being followed by existing gaming operators.”

The push for sports betting in Illinois comes at a time that Governor J.B. Pritzker is requesting that $200 million in new state revenue be identified. If 20 online sports betting licenses are issued with a $10 million licensing fee for each, the state could meet its goal for identifying new needed income.

Thus far, there have been five proposed bills that have failed. The current bill was introduced by Michael Zalewski. He is trying to save his bill but admits that the bad-actor clause is threatening to derail the legislation.

“This issue consumes all the oxygen related to sports betting right now,” Zalewski said. “We know we need to make a decision on whether to include a penalty box or not. We still haven’t reached a consensus way to move forward on this.”