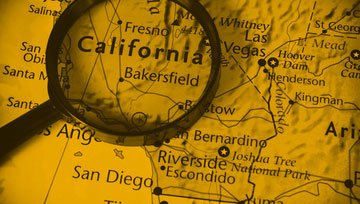 Sports betting has been an explosive issue in California for many years. Legislators, pro and anti-gambling forces and gaming tribes have been battling over whether to allow Vegas casino sports betting to be introduced to the state. The battle has been raging  for the past year and a half, ever since the Supreme Court ruled that jurisdiction over sports betting laws was in the hands of the states.

Now, a coalition of Native American tribes -- the same tribes that have been trying to prevent sports betting in California -- are spearheading the drive to bring sports betting to California. The coalition has filed a ballot measure for the 2020 election that would change the state constitution to legalize wagering on all sports other than those involving high school athletics or California college teams.

The initiative would allow California’s native American tribal racetracks and casinos to offer retail sports betting, other than on teams or athletes that involve California college teams. The measure would also allow tribal casinos to offer craps and roulette.

There are 68 Poker Cardrooms and 69 Indian Casinos in California including 16 casino resorts and 3 mini casinos.  Annual revenue of $7 billion makes California the nation’s largest Indian gambling state. 62 of the 109 California tribes are involved in the ownership and management of at least one tribal casino.

In 1987 the United States Supreme Court ruled in the case California v. Cabazon Band of Mission Indians. In this case, the  Court ruled that tribes can operate casinos outside of state jurisdiction, providing that there is no existing state regulation that prohibits gambling.

This ruling is generally regarded as the ruling that gave tribes throughout the United States the go-ahead to pursue the establishment of their own, tribal-run gambling venues. Since that time, dozens of tribes in many states have opened casinos -- some are small, rural sites but many are lavish casino resorts.  One tribe, the Mohegans, who are located in the Northeast, have even begun to invest in overseas casino sites.

To develop and operate casinos, tribes enter into exclusivity agreements with the state in which they are located. These compacts have created a fragile co-existence in which the state and the tribes try to keep from stepping on each others’ toes.  Tribal casinos in California and the state have had conflicts -- most recently, the state’s acceptance of cardrooms that offer card games like baccarat and blackjack were challenged by the tribes who saw those venues as moving into their territory.

That objection was overruled by the U.S. District Court for the Eastern District of California. Last year the Court dismissed the lawsuit that 3 California tribes filed against the cardrooms. The Court accepted the cardrooms’ argument that, because the games are player-dealt and because they have no stake in the outcome (the house collects only a per-hand fee), these aren’t house-banked games.

Eighteen different  California tribes support the measure including the politically powerful Pechanga Band of Luiseño Indians. Their chairman, Marc Maccarro, said, “Californians should have the choice to participate in sports wagering at highly regulated, safe, and experienced gaming locations. We are very proud to see tribes from across California come together for this effort, which represents an incremental but important step toward giving Californians the freedom to participate in this new activity in a responsible manner.”

California Nations Indian Gaming Association Chairman Steve Stallings  added,“The tribally sponsored initiative filed today to amend California’s Constitution so as to authorize and regulate sports wagering is the best example of well-written and responsible sports betting policy presented to date. A strong, well-regulated gaming industry is of utmost importance to California’s tribal governments and the public. This initiative allows sports wagering in a responsible manner and provides for transparency and strict regulation.”

With the participation of the Native American tribes in the debate on sports betting in California, the debate changes. The biggest objectors, and the strongest political opponents, to California sports betting have now joined the pro-sports betting team, giving the measure a good chance for success. A majority of California legislators, along with sports leagues, cardrooms and the public have been trying to move legislation forward for months.  Now, with the backing of the tribes, the measure seems to have a good chance of passage when it comes up for a public vote next November.

It must be noted that the tribes’ plan for sports betting will give them exclusivity over legal retail  sports betting in the state. But with no provisions for online or mobile betting, the huge illegal market at offshore sportsbooks will continue to thrive. The current resolution that is to be put in front of voters in 2020 does not mention online gambling but if the pro-sports betting forces don’t address this, their measure will need to be updated in the near future.