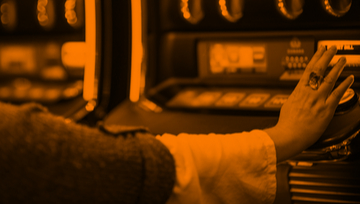 Around the United States, a number of tribal casino operators have decided to defy state orders and reopen their casino properties. The casinos closed in March when state governments ordered entertainment venues to close in an effort to control the coronavirus pandemic. Now, many tribes are taking advantage of the states’ limited power over the sovereign nations’ lands and accepting guests at their casinos once again - some are even making it more attractive by becoming a welcome bonus casino offering free chips.

Two of the first tribal casinos to reopen, Mohegan Sun and Foxwoods Resort Casino in Connecticut, did so despite the pleadings of Governor Ned Lamont. Lamont requested that the tribal leaders refrain from reopening but when push came to shove, their decision to open left him without the power to prevent the renewed activity.

Lamont had the authority to close thousands of business over the last few months but his hands are tied when dealing with the tribes. Lamont even threatened to nullify the tribes’ state-issued liquor licenses but in the end, he simply had state workers hang signs outside the casinos that flashed warnings: ““Don’t Gamble With COVID” and Avoid Large Crowds.”

It was the best that he could do. “People over the age of 65 should not be in large, congregate settings. We think that's dangerous, even now.” said Lamont. . “So, we tried to put some good, strong advice in place as people are on their way to taking a gamble.” Yet the tribes have a constitutional right to act as they see fit on their lands and the governor cannot circumvent that. The tribes defied the timeline that the state had for renewing operations at large venues and opened their doors on June 1.

The Mohegan Tribe and the Mashantucket Pequot Tribal Nation are joined by other gaming tribes who are anxious to reopen to keep their members working and generate revenue. Tribes in a number of locations including in New York, Florida, North Carolina, Washington, Oregon are defying their state governments and opening up their casinos -- this despite the fact that large gatherings are still illegal in those states.

The tribes have leeway that other U.S. citizens don’t have. The U.S. Constitution recognizes them as sovereign nations. The tribal governments have full authority within their reservations that makes it impossible for state and local governments to prevent them from reopening their casinos.  New York Gov. Andrew Cuomo said “Tribal nations are just that, they’re nations. So they are not bound by state laws."  The Oneida Indian Nation, which operates an upstate New York casino, announced that it plans to partially reopen its casino while New York’s Cayuga Nation reopened its casino in mid-May.

In California, Governor Gavin Newsom sent a letter to tribal leaders saying that “virus does not recognize jurisdictional boundaries.” Newsom has requested that the state’s tribes refrain from opening their casinos and warned that the crowds could spark a new wave of infections.

In Florida, the Miccosulkee Resort and Gaming tribal casino reopened. Miami-Dade Mayor Carlos Gimenez reached out to casino visitors via social media to ask them to follow federal health guidelines. The Miccosulkee tribe insisted that they were under no legal obligation to close and said that they were following federal health recommendations. In fact, it took them several days to close, even after state and local officials requested that they do so. The only thing that Gimenez could do was to urge elderly residents to “take personal responsibility” by staying away from large gatherings, including the casino.

So far, more than half of America’s 524 tribal casinos have reopened.  But not all of the tribes are rushing to restart. Danielle Her Many Horses, deputy executive director of the National Indian Gaming Association, commented that the fact that half of the tribes are not reopening reflects the diversity of opinion among gaming tribes.

“You have tribes in states that do want to open up and tribes that are like, ’no, no, no, we’re going to back off on this because we don’t think that’s the right idea,'” Her Many Horses said. “And you have others who are like, ‘we need to get our people working,’ who are thinking of it in (terms of) rebooting the economy.”

Her Many Horses noted that the tribes’ relations with their state government and local leaders could be reflected in their decisions about when and how to reopen. For instance, in Washington, where Gov. Jay Inslee has been meeting with tribal leaders on a regular basis to discuss how the casino reopenings are going, the tribes and the state government are cooperating. In South Dakota, Gov. Kristi Noem has angered her states tribes -- Oglala Sioux Tribe, the Rosebud Sioux Tribe and the Cheyenne River Sioux Tribe – by questioning their authority to set up checkpoints on local highways. The tribes are trying to keep unnecessary visitors out of their reservations in order to minimize coronavirus infections.

Those tribes that are reopening point out that they are making every effort to do so responsibly. Rodney Butler, chairman of the Mashantucket Pequot Tribal Nation said that his Connecticut casinos will operate in a way that prioritizes the health of the staffs and the customers. He has invited Governor Lamont to visit to see firsthand the steps that they’ve taken to ensure safety. Busloads of gamblers from New York and Massachusetts have been barred and a special air filtration system has been installed.

“I have tribal elders that I’m concerned about,” Butler said. “And so I’m not going to put my community at risk. We’re doing this very, very cautiously and with every safety precaution in mind.”

Connecticut receives 25% of the slot machine revenues generated at Mohegan Sun and Foxwoods so the state has a lot at stake as well. Lamont has sent representatives to the casinos to review operations and recommend changes. But recognition of the tribes’ sovereignty has never wavered and Butler credits Lamont for that.

“I think the adults in the room actually came to the table and had an adult conversation," Butler said. "He realized that, look, we may agree to disagree and still work well together. And we did.”