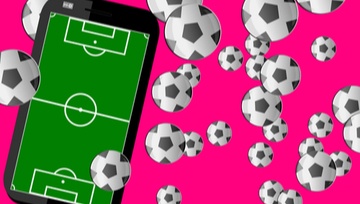 eSports is a growing – exploding – industry. It’s currently valued at more than $1 billion and predictions are that it could double in the next 3 years. If you’re a gambler, how can you use this information to your advantage.

For one thing, Vegas casino online esports betting has taken off. There are two reasons for this new betting opportunity: increased interest in esports as a competitive sport and the current lack of live sporting events because of the COVID-19 pandemic.

Now, gaming enthusiasts can wager on the outcome of esports tournaments such as the Counter-Strike: Global Offensive Major Championships and the League of Legends World Championship.

eSports betting works like traditional sports betting. You get odds based on team statistics which gives you the information that you need to make your prediction on which team will win the match. As with traditional sports, having a betting strategy is important if you’re going to come out of the wager on top.

As with traditional sports betting, the more research you do, the better you’ll be able to assess what’s happening and what will happen.

First, you should go through statistical insights. Betting sites will have esports-based statistics that you can review in order to see team rankings, team form guides, past tournament results and fixture history. Those are important analytical tools to keep in mind in order to make a good assessment of the pros and cons of various bets. By studying the teams’ and players’ form and rankings, you’ll get a more complete picture about how the teams have performed in the past and which teams have the best chances to succeed.

Of course, you can’t rely only on the rankings – as with traditional sports, there are always surprises!

One thing that esports bettors can do as part of their research that is generally not suitable in other types of sports betting involves the ability for the bettor to play the game him/herself before s/he places a bet. Playing the game first will allow you to better understand the game’s rules and intricacies. You’ll be able to place a more intelligent bet if you know how the game works, understand its levels and modes, have an idea about the game characters and knows some of the skills and techniques that are useful in  playing the game.

As with traditional sports, you should also know the competing teams and players before you place a bet. eSports organisations field various teams for different esports. The teams, as in traditional sports, undergo changes. If you are familiar with the players and the teams and understand which teams are strong or weak in which areas – and which teams have been strengthened by the addition of a new gamer from a different esports organization or weakened by the loss of a good player – your wagers will be based on solid ground.  In summation, the better your research, the better your chances of your wagers’ success.

As you put your efforts into research, you’ll find that this is where the gaming community comes in. It’s almost impossible to stay abreast of gauging statistical insights while keeping up with websites, blogs, commentators and forums on esports. But if a community of gamers unites to crowdsource, everyone can contribute information that then helps the entire group. Follow your fellow gamers through the game chats and social media groups. You still need to use your common sense to separate speculation and rumors from real information but making those assessments is part of your research.

Where you bet is as important as how you bet. You’ll need to find a licensed sportsbook that accepts esports bets. It’s suggested that you trade off between several operators because various operators offer different odds. As you gauge the odds on offer ad the various sites, you’ll be better able to determine the teams that are favored for the different tournaments.

For instance, if one site offers better odds than another, you can assume that you’ll enjoy a more profitable betting event by wagering on the former. Or, if you see a team with a lower quality of associated odds posted, you can assume that that team is more likely to win the match.

You can dabble in a number of different esports and learn a little about each but if you focus on one specific esport, you can become and expert which makes it easier to more accurately pinpoint the different elements about the game for betting purposes. You can expand over time but if you’re just starting, starting with one esport gives you the chance to work within a smaller budget, make better decisions and more accurately identify the wagers that hold the best vlalue.

Successful esports betting involves keeping track of your past bets. How many bets did you predict correctly and how many did you miss? This kind of tracking gives you the tools that you need to analyze your losses so that you can figure out what you missed.

When wagering on esportts, you can’t use implied probability on its own as your market. That means that if you’re only looking at the numbers, you’ll go on the assumption that you have a 25% chance of winning a bet on an esport-based betting variant with odds of 3 to 1 – that you’ll win every fourth bet.

But you have to go beyond implied probability. For instance, the probability of a bettor winning on the 1st Round of a Map Half in Counter-Strike: Global-Based Offensive is that s/he wins the first 3 rounds of the Map Half. Therefore, an in-play bet placed on the Total Rounds that take  place during a Map in question would result in a winner of both Pistol Rounds.

You won’t find good odds in favor of those betting variants but if you study the game, you’ll be able to review the possible end-game alternatives and that will help you find value in multiple betting variants.

You can Cash Out before a match ended to collect part of the winnings  that you placed on an esports bet. Most bettors turn to the Cash Out option when they start to feel that they’re going to lose their bet or if they’ve already achieved some kind of profit from their bet.

The Cash Out alternative is a popular eSports bet. Punters can make use of this feature if a team is winning and they’d like to grab what they can at that minute or if they’ve wagered on a team that seems like it’s about to experience an overall loss but at the moment, is doing well.  Cash Out works just as well, if not better, for esports bets than for bets placed on traditional sports matches.

As with football fans who flock to the sportsbooks for the Super Bowl, most esports bettors focus on tournaments such as The International and League of Legends World Championship.  But it’s a good idea to check out the smaller esports tournaments. They often give better value for your money. They may feature more even matchups which then translates into more ways to achieve more wins.