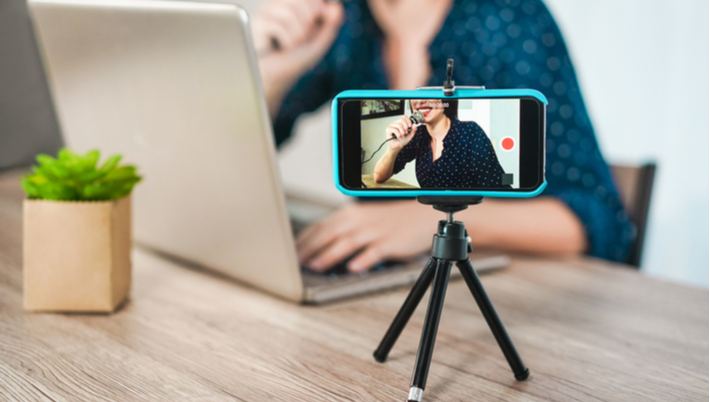 VTubing is becoming the next big trend on live streaming platforms - welcome bonus casino platforms as well. Most gamers provide running commentaries on their games as they react to the game that they’re playing or respond to comments. Now, some players are displaying a 3D anime model of themselves which they rig to follow their real-life movements. Welcome to the world of Vtubing where entertainers live stream their gaming activities as virtual animes.

VTubing isn’t new but it’s become more popular over the last few years. Currently, VTubers focus on building content for viewers. The genre is most visible on social media where accounts have popped up for viewers to watch streamers share funny VTuber moments and other influencer content. Now, VTubing has started to become popular among gamers who believe that the use of avatars helps facilitate interactions with viewers and protect them from inappropriate feedback.

VTube – Virtual YouTube – involves the creation of streams and blogs that use virtual avatars. The process of creating a VTube is similar to creating a traditional YouTube with the main difference being the use of a virtual avatar. The avatar replicates every body movement, human action and facial expression. Most Vtubes come from Japan which is where the genre started. As the videos get more traction and gain more followers & more views, its use is expanding. VTubing has now become an important component in the world of gaming.  Many videos with VTubes attract a lot of views which makes it a lucrative sector for marketers.

Kizuna AI is a popular VTuber who has million subscribers. His content is wide-ranging with both wacky and serious elements, information about new technology and shows that are presented as TV-like hosting shows and virtual reality. The Hololive YouTuber agency features a line of English-speaking personalities based on mythical creatures.

But gamers are also turning to VTube, especially female gamers who like to do streams without a camera broadcasting their real-life faces. One of the most adventurous of the new gaming VTubers is Pokimane who is drawing a significant audience while she enjoys being exactly who she is. “No-cam streams are so comfy,” Pokimane commented. “Especially because, I don’t know, sometimes it gets tiring to get people comment on you. I’d rather have people comment on this cute little anime drawing of me, you know?”

Pokimane is something of a phenom in the gaming world but, like many female gamers, she faces intense public scrutiny. In general, gamers must swallow a good deal of criticism, backlash and harsh insults but women gamers generally put up with much more.

A few years ago, fed up, Pokimane took  a break from streaming. When she returned to Twitch her fans were surprised. Viewers now saw Pokimane as an anime version of herself. Pokimane took to VTubing as a form of protection and it is now a regular part of her career.

Pokimane may have simply wanted to avoid the sexism that female gamers must face when they interact with their viewers online but her Vtube persona is having a huge impact on Vtubing in the gaming world. Since her debut as a Vtube streamer, more and more gamers of both sexes are talking about going that route.

One could argue that Pokimane is already having that impact. Since the debut of her anime character, interest in VTubing has surged significantly, and more gamers are starting to at least consider the possibility of going that route.

Pokimane isn’t the first serious gamer to VTube but her adoption of the genre brought renewed attention to the option. Kaguya Luna and Mirai Akari were members of the VTubing community since 2017 – both are closing in on the one million subscribers mark on their channels. Kizuna AI has been keeping viewers entertained since 2016. Now these streamers are paving the way for new VTube gamers.

VTubing isn’t for everyone. Some argue that VTubing makes viewers question the authenticity of gaming. But most gamers are open to the idea. They see it as a way to expand their presence in the gaming world while opening themselves up to the ability to explore additional avenues.

It’s no wonder that more women than men are adopting VTubing. Pokimane, for one, has spoken out about the criticism that she’s taken for doing livestreams without make-up. That’s not a criticism that male players must face but women gamers are often judged, not on their gaming skills but on their sex appeal that is on view during the livestreams.

Nikatine, a Twitch partner who has been livestreaming since 2018, says, “I have noticed a marked decrease in viewership on days I don’t use a face cam, sometimes as much as 15% to 20%. It’s not always feasible to show up on-stream and it’s challenging when there’s a heat wave to use the lights and makeup. There are plenty of days I just want to relax, not wear makeup, and just stream but I feel a little like I opened Pandora’s box. Now when I don’t use a face cam, I get messages all the time in chat like, ‘why no cam streamer? streamer? Use cam.’ and it makes me not want to do it even more.”

Using a digital avatar gives these gamers a useful tool that allows them to give viewers a sense of presence and intimacy even when they’re not feeling or looking their best. One important point is that Vtubing, isn’t for the budget-conscious. Having a digital model created can cost anywhere from $500 to $2,500, depending the level of detail and the artist who makes it.

Pokimane, for instance, found an artist within her community, Teru, who could make her model. Teru said that she tried to capture the essence of the concept art they were given for the project, while also displaying her own personal style.

“I sorta gave it this style that makes it looks like it’s a 2D image and not fully 3D when you take a screenshot or when she’s standing still,” Teru explained. Teru said that the demand for VTubing models has “gone up really quickly since the start of the year.”  Teru feels that part of the reason for this is the moment in history. “Because of the pandemic, a lot of people have been staying at home and have more free time than usual to stream which has contributed to the sudden influx of new English VTubers debuting at once for the past couple months.”

As for Pokimane, her reasons for entering the world of VTubing were simple.  “I don’t want to offend anyone by using this, or [make] anyone feel like I’m trying to encroach any community ... I just think it’s such a cool thing to do for when I don’t feel like being on cam,” she said during the start of a recent livestream.