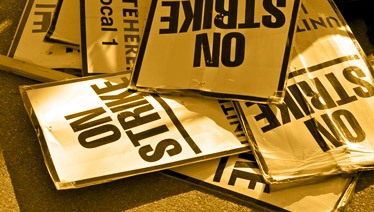 In a sign of the times, the Culinary Union, one of the most powerful collective bargaining powers in Las Vegas, is bringing issues of sexual harassment to public attention as it heads into a strike scenario that will involve close to 50,000 casino workers in Las Vegas.

The union released survey results that show that workers are angry over safety concerns and widespread sexual harassment that continues to plague the no deposit and real money gambling casino culture of Las Vegas.

The union surveyed over 10,000 Vegas casino workers. The respondents, which included 27 percent of hotel housekeepers and 59 percent of cocktail servers, said they had been sexually harassed by managers, guests and others while on the job. The results have caused the union to add a call for stronger safety protections to their list of demands in the union's upcoming contract with casino owners. The old contract expired on May 31st and although no strike has been declared, the lack of a contract means that the strike could begin at any time.

The survey is the catalyst for the Culinary and Bartenders Unions' demands that workers be given greater security. This includes workplace safety, protection from sexual harassment, protection from technological threats, subcontracting and harassment from immigration authorities. The Union’s economic proposals seek to provide union workers with a fair share of Trump tax windfalls and casino operators’ enormous anticipated cash flows.   .

The hospitality employees who are preparing to go out on strike after June 1 include: cocktail servers, food servers, porters, bellman, bartenders, guest room attendants, cooks, and kitchen workers  who are employed at the casino resorts on the Las Vegas Strip and Downtown Las Vegas.

MGM Resorts has already started to provide safety buttons to their employees, including to housekeeping staff who enter guest rooms. They are also working with the union on the “contract language that expresses our mutual commitment to protecting employees from workplace harassment,” Mary Hynes, MGM spokeswoman, said in a statement.

Another major player on the Las Vegas Strip, Caesars Entertainment, is working with union leaders “to address all important issues, including safety.” It's widely expected that other casinos will feel the pressure to follow suit.

In addition to security demands the workers are looking for better wages and more comprehensive benefits. MGM Resorts and Caesars are offering an average annual increase of about 2.7 percent while the labor groups are seeking an average annual increase of 4 percent for each of the next five years in workers’ wages and benefits which is equivalent to an approximate increase of $1 per hour. The unions are also negotiating to try to prevent the casinos from automating too many of the workers' jobs which would put hundreds, if not thousands, of workers out of work.

Neither side is interested in a repeat of the 1984 strike that cost the city millions of dollars over a 2-month period. In 2013 the workers' contract ran out but the workers didn't walk off the job and negotiations continued for several weeks until the new contact was inked.

Analysts estimate that a strike in 2018 would cost the casinos upwards of $10 million per day. At that time. MGM reached an agreement with the unions first and the rest of the operators joined MGM within several months.

The old contract has run out and the new contract hasn't yet been signed but neither the casino owners nor the Culinary Union seems anxious to do anything that would allow a strike to erupt. Both sides have quite a bit to lose – both in lost wages for Culinary Union members and in lost revenues for the casinos. “We are focused on negotiations.” Bethany Khan, the union spokeswoman, said. “We have not set a strike date yet.”

Strike headquarters opened on June 1st but no order has been given for the rank-and-file to walk out. Yet the opening of the headquarters is, in itself, a pressure tactic on the side of the union which  has expressed exasperation at the months long talks which have, until now, not resulted in a new contract.

The union members voted  99% in favor of launching a strike if the casinos don't meet their demands. Presently, only MGM Entertainment and Caesars Entertainment Corporation seem close to closing an agreement with the union but if they do come to an understanding it will put a great deal of pressure on the other casinos to join.  MGM Entertainment and Caesars operate 18 of the 34 resort-casinos that would be impacted if the bartenders, waitresses, housekeepers, porters and other laborers walk off the job. An MGM spokesperson said that they are confident that it will be able to “resolve the outstanding contract issues and come to an agreement that works for all sides.”

A strike would have a wide impact on business, affecting visitors who travel to Las Vegas for conventions, vacations and events. Vegas is presently expecting about 120,000 people to attend meetings and conventions over the next two weeks alone. The Stanley Cup playoffs, which star the DC Capitals against the Vegas Golden Knights, are presently underway, and have several scheduled games set for the Vegas T-Mobile Arena. Tourism that is centered on those games would also be adversely affected in event of a strike.

“Our resort partners and their union representation have traditionally maintained a good working relationship,” an LVCVA spokesperson said. “We continue to monitor the situation.”