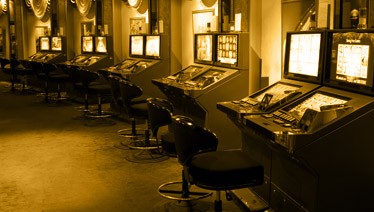 The United States Bureau of Indian Affairs, which acts as the primary advisor to the Secretary of the Interior regarding the requirements of Indian Gaming Regulatory Act, is assisting the Tejon Indian tribe as it seeks permission to build and operate a small casino resort.

The first stage of the project involves a “scoping plan” which would determine the environmental impact of such a project. That report has now been completed and the tribe, which received federal recognition only a few years ago, is hoping that the Department of the Interior will allow it to enter into a compact with the state of California to establish a casino resort on its homeland territory, located 15 miles south of Bakersfield.

Perhaps one day soon a tribal casino will open an online casino to compliment their land-based casino.  But for now.....

The Tejon Tribe traces its roots to the southern tip of the San Joaquin Valley in the foothills of the Sierra Nevada mountains. They were there known as part of the Kitanemuk people whose history has been passed down orally and was documented in correspondence with city, state and federal officials over the centuries.

The tribe has been fighting for recognition and the right to remain on their lands since early Spanish and European settlement in California. Tejon is Spanish for “badger” and the name came from Spanish settlers who named the area’s tribal residents “Tejons.” The Tejons were forced to work on Spanish-run ranches and were displaced from their native homes.

When the California territory was acquired from Mexico in 1846, the government set up a “wardship” relationship with the tribe in which it contracted to preserve and protect the property rights of the Tejon Indians. Tejon lands became the first Indian reservation in California in 1853 but when it was sold for private use, most of the Indian inhabitants were forced to leave.

In 1912 the Tejon Ranch was sold to other investors and tribal members were discouraged from remaining. The government tried to buy some of the property for the Tejon people’s use but the investors refused and the Bureau of Indian Affairs was forced to file a lawsuit to secure a small remnant of the tribe’s homeland.

Most Tejon tribe members eventually migrated to Bakersfield but they have not given up on their dream of returning to their native lands and establishing an economically viable community on those lands.

The Tejons were granted federal recognition in 2012. They now hope that the United States Department of the Interior will facilitate the establishment of a homeland on 306 acres of the former Tejon Ranch farmland. It also hopes that the Burean of Indian Affairs will help it build and operate a casino on that land. The plot is located just west of the town of Mettler. Tejon tribal officials have filed a ‘land into trust’ petition  which, if accepted will effectively transform the site into aboriginal land where the tribe can construct a casino resort.

As of 2017 the Tejon tribe had 940 registered members. The leaders envision building a 165,500 square foot facility on the land. The facility, they hope, will include a casino, a 400-room hotel and multiple restaurants. They also hope to build tribal administration offices, a community park, an organic farm and residences at a later date.

Work cannot begin until the petition for ‘land into trust’ been successfully processed. This involves the involvement of the Bureau of Indian Affairs which must make an official recommendation to approve the plan to the United States Department of the Interior. The ‘scoping report’ is the first part of this process. It will focus on the potential impact that a casino resort could have on the local environment.

It’s now up to the Bureau of Indian Affairs to take the scoping report and  use it to formulate a much broader environmental impact statement. The Tejon Tribe hopes that such a statement can be accomplished before the end of the year. After that there will be a public comment period and only then will the BIA make its final recommendation to the United States Department of the Interior.

If the Tejons succeed in getting their casino off the ground, they will join several dozen other California native American tribes that own and operate casinos in the state. Indian gaming revenue in California is higher than any other state in the nation.

California tribes began to establish casinos following Supreme Court rulings that determined that, as “independent political communities” with “original natural rights,” the tribes had certain jurisdictional rights with which no state could interfere. That has been determined to include the tribes’ ability to establish casinos as authorized under (1) federal law and (2) federally approved agreements between the state and a tribe.

In 1988 the U.S. Supreme Court issued what has become known as “The Cabazon Decision”  which determined that, under the principles that underlie tribal sovereignty, California could not regulate tribal gambling enterprises in the absence of congressional authorization.

Shortly after the passage of IGRA, California tribes began to enter into required compacts to authorize new casino sites. These included, as set out in IGRA, casinos on reservation lands, on lands held in trust by the U.S. for benefit of an Indian tribe or individual and on specified lands over which an Indian tribe exercises governmental power.

California, as was required by IGRA, negotiated with tribes that requested the opportunity to enter into a compact. Today  62 tribes own casinos in the state.