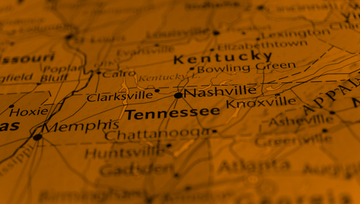 The reputation that southern states have as being anti-gambling isn’t holding true now that it’s possible for states to legislate Vegas casino online sports betting in their jurisdictions.  Tennessee is the latest state to open sports betting with an online-only sports betting infrastructure.

If the lottery’s plans move forward as expected, Tennessee will soon join other southern states including Mississippi, Arkansas, West Virginia, Virginia and North Carolina which have legalized sports betting. (Bills to legalize sports betting have been introduced in South Carolina and Kentucky but have yet to pass).

On February 18th the Council will meet to determine how to proceed with the sports lottery and on February 19th Lottery Corp. Board of Directors will meet to solidify the rules by which Tennessee sports betting will operate.

State representative Rick Staples said that he’s hopeful that the Tennessee Education Lottery will allow sportsbooks to launch their mobile applications in Tennessee by March 2020. But Dave Smith, TEL communications director, admitted that it’s not clear how quickly lottery officials will be able to take applications to operate a sportsbook.

Tennessee is enjoying accolades for the innovative approach that it is taking with its new sports betting law by acknowledging the extent to which mobile applications dominate, both in states that already have retail establishments and those that don’t.

In states like New Jersey, Indiana and Pennsylvania the handle for online betting is exceeding the amount that land-based sportsbooks take -- in some cases the split is as much as 80/20 in favor of the online sports betting apps.

One of the proposed rules about which those in the industry and avid sports bettors are most critical involves the requirement that sportsbooks to cap payouts at 85 percent. The critics note that the resulting 15 percent hold is as much as three times as much as the average rate for the sports wagering industry.

Robert Walker, director of sports book operations for US Bookmaking, tweeted, “after reading Tennessee’s insane argument for a 15 percent hold, it’s painfully clear that if your state lottery is involved in any way, it will be the absolute worst product available…..ripe with ineptitude or corruption or both.”

The only other market to have a 15% hold rule is the sports betting market in France. When sports betting launched in France in 2010 it instituted the rule as a way to combat money laundering and discourage excessive gambling.

Eilers and Krejcik, a gambling research and consulting firm that conducted a study for the iDevelopment and Economic Association, warned that such a rule would create “unnatural market distortion and that the hold requirement has not worked in France which has significantly underperformed its European competitors.

According to the Eilers & Krejcik report, such a rule would reduce the number of operators willing to participate in the market from 22 to 10 and would cost Tennessee sports betting $10.9 million a year in lost tax receipts.

Tennessee hasn’t limited the number of sports betting licenses it might eventually award. A license to operate a sportsbook is $750,000 annually. That’s significantly less than the licensing fees in other states. However the Eilers and Krejcik report indicates that with the proposed payout cap, two-thirds of the sportsbooks that have indicated that they want to enter the Tennessee market would reconsider their applications to operate in the state.

There are other aspects of Tennessee’s sports betting that have drawn criticism including its high  proposed tax rate and are its requirement for using official league data.

The major leagues have been pushing for laws that require sportsbooks to use official league data exclusively to score live betting opportunities. However, only Illinois and Michigan, and now Tennessee, have laws that mandate this requirement. The requirement has come under intense criticism in Tennessee, even though the Tennessee law allows for an exception if the league cannot provide the data under “commercially reasonable terms.”

There are additional concerns that have come up for review. They include proposed rules on parlay bets and payout caps. These issues received the most responses during the feedback period and Lottery officials must consider these objections when finalizing state sports betting rules.

The Eilers and Krejcik report indicates that if the state sticks to that 15 percent hold requirement, it could lose $11 million annually in revenue and lose customers to illegal offshore sports betting sites. That would translate to a 19.8 percent decrease in the amount of revenue that the state would receive from sports betting -- the lost revenue would come from decreased wagering plus fewer operators who would be willing to pay a $750,000 annual fee for a license.

The Committee will also examine some of the other controversial rules including one that requires a 30-day review period for advertising (critics call it “unrealistic”) and a regulation against betting on personal performances (there is concern that such a rule would prohibit wagers on individual sports, such as tennis and golf.

There’s plenty of competition in the sports betting market and more is coming all the time. The challenge that Tennessee officials face is to draft a plan that will keep gamblers from traveling to other states to bet and entice them to pick legal betting over illegal betting while making the Tennessee market worthwhile enough  to attract sportsbook operators.