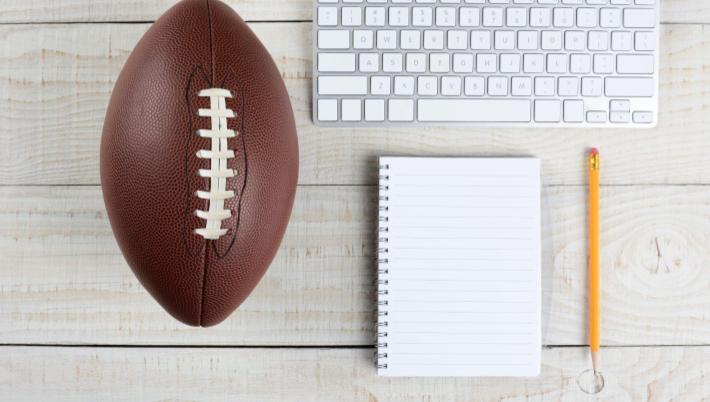 Millions of sports fans are now playing fantasy sports, a game in which they assemble imaginary teams of real life players and score points based on the statistical performances of those players.

The most popular fantasy sport in America is fantasy football which, in the last few years, has evolved into a multi-billion dollar industry thanks largely to the legalization of online casino sports betting and the increasing use of bitcoin.

Fantasy football is a game but it is serious business to its participants, many of whom place big bets on their assessments of how they believe that their fantasy teams will perform.  To prepare to build teams, there are a number of things that fantasy participants can do including:

To focus on these important tasks, many fantasy football participants listen to football podcasts. These podcasts feature people knowledgeable about fantasy football including writers, sportscasters and analysts who provide up-to-the-date assessments of what’s happening in the world of football to give fantasy participants a leg up as they move forward in building their teams.

Some of the best fantasy football podcasts on the air today include:

Fantasy Football brings Andy Holloway, Jason Moore, and Mike "The Fantasy Hitman" Wright together to analyze tge world of Fantasy Football as they talk through their differing opinions and offer astute analysis and, usually, spot-on advice.

The show is both entertaining and informative. The hosts take questions from listeners and discuss those questions on-air so that everyone can learn from each. Rated as being “the best” at being both informative and entertaining.

For 5 minutes every weekday morning the hosts gather to break down the happenings of the previous 24 hours in the world of football so, by the time the five-minute podcast has finished, you know everything that you need to know to create the best team possible.

Everything is presented from a Fantasy perspective so before you finish your morning cup of coffee you’ll have the information that you need to make the best Waiver Wire transactions, trades and startlist moves.

Yahoo was one of the first web platforms to feature fantasy sports. The Yahoo Fantasy Sports piggybacked onto Yahoo Sports which originally launched  in 1997.  Yahoo invested heavily in its sports site, building pages for teams in almost every major North American Sport and providing information from STATS.Inc.

Each of the Yahoo fantasy sports experts brings his or her own voice, philosophy and personality to the channel to help fantasy sports participants become more informed and more successful fantasy managers.

If you’re considering getting involved in fantasy football but don’t have a background or experience, ESPN’s Fantasy Football for beginners is geared specifically for people who are new to fantasy football and gives you all the information that you need including how to get started, how to prepare for your draft and what to do as the season progresses.

The ESPN Beginner’s podcast goes over the rules of the competition, how to prepare for the draft, how to use the autodraft option, how to trade and expected etiquette. You have to sign up for an ESPN membership to access the podcast but the podcast is free for everyone and afterward, you can play fantasy football via ESPN or move on to another platform at your leisure.

Commission: Impossible is a podcast hosted by league commissioners Scott Fish and Ryan McDowell so their insights and commentaries come from the perspectives of people who were managing leagues. That makes for some fascinating thoughts that other fantasy football hosts don’t consider.