The Gaming Industry and Blockchain 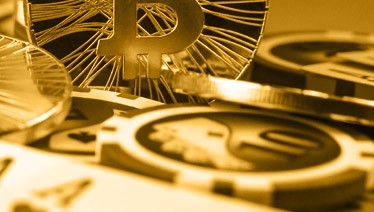 The worlds of cryptocurrencies and Grande Vegas online gaming  are increasingly working in tandem with each side fulfilling many needs of the other.

In early July 2018 Malta, a small nation of less than half a million citizens that's located south of Sicily, set up the first regulatory regime for the cryptocurrency market. For the first time anywhere in the world there's a comprehensive framework that offers an element of legal certainty to blockchain currencies.

The three new pieces of legislation include:

Reuben Portanier, a partner in Afilexion Alliance and former Malta Lotteries and Gaming Authority CEO, predicts that these pieces of legislation will put Malta at the center of the international cybercurrency market. After the bills passed, he said, Malta has an upsurge in interest from the largest crypto exchanges.

Portanier  said that “Three pieces of legislations were passed in Parliament… One is the establishment of a regulator in digital technology, which primarily will look into the aspects of blockchain technology. But there are the two other regulations that, in all, can sum up all the ecosystem that has to do with cryptospace and blockchain space,” Portanier told CalvinAyre.com. “So now, there’s a regulation of how to do a proper ICO. The insurance of having [know your customer], so as to make the banking sector more comfortable when it comes to dealing with operators or dealing with people who are actually using cryptocurrencies. There’s also an innovative way of how to regulate virtual financial assets… There’s also something, which I think is the cherry on the cake, which is the licensing of crypto exchanges.”

The legislation comes as part of Malta's overall focus on its place in the online gaming world. According to Portanier, Malta will soon implement new gaming regulations to streamline gaming licenses and make it easier for gaming operators to comply with the regulatory framework. He assured the industry that the new regulations would differentiate between established operators and start-ups to give the start-ups more space to grow.

The focus on blockchain technology comes as part of the Malta's commitment to support a healthy and active online gaming community. According to Portainer, “I think that there’s an evolution even from the gaming side that will eventually embrace blockchain technology, because there are lots of advantages even for the gaming sector to embrace the technology,” he said. “Not only simply on the payments side, but even on the technology itself, which it can lend itself to provide gaming operators and regulators a trusted platform, whereby even, for example, when you’re talking about [anti-money laundering] or regulatory forms, if you are talking from the compliance side, there could be lots of advantages there as well.”

The world's first crypto-based poker tournament recently took place in Atlantic City at the Blockchain World Conference. The conference offers a yearly opportunity for experts in the blockchain and cybercurrency industries to get together to discuss issues of mutual concern.

This year the BWC organized a casino-sanctioned poker tournament that is powered completely by blockchain. The tournament was open to 100 players who facilitated  their buy-ins and betting and cashing out in cybercurrency.

BWC chief operating officer Alex Falcone said that it's only fitting to hold a poker tournament at a conference dedicated to gambling with cybercurrencies. Falcon said “After three days of discussions about blockchain and cryptocurrency, this is a fun and unique way to bring our event to a close—highlighting a compelling real world application of the technology. in true Atlantic City fashion. The Blockparty team are incredible leaders in blockchain-based live event ticketing and they are the perfect partners for us to work with for an event of this caliber.”

Only BWC attendees were able to register for the tournament. The $250 buy-in was paid in cybercurrency. The first-place prize was two VIP tickets to the December BWC conference to be held in Hollywood, Florida plus a three-night stay at the Diplomat Hotel.

The host Blockparty added additional other prizes to the pot. One upcoming poker competition will reward 10 attendees with an invitation to enter the tournament. T Tournament players who successfully eliminate a poker pro will receive prizes.

Shiv Madan, Blockparty CEO, stated, “As one of the first true real-world applications of blockchain and cryptocurrency, we’re excited to add another event category, like poker, to our ticketing repertoire. It’s a great testament to what we’ve built that the mainstream music scene and crypto enthusiasts alike are recognizing the ease and convenience of our platform and this is a great taste of what the future holds as mainstream adoption of blockchain only continues.”