The Latest News about Korean Casinos 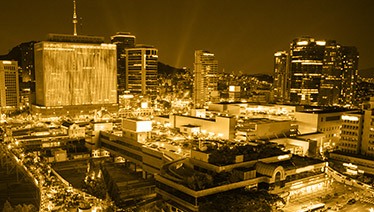 The Innovation Group’s Michael Vanaskie recently wrote an article in which he examined how the Vegas casino cluster effect can spur tourism and online casino gaming revenue. He noted that this is the case in locales such as Manila and Macau and considered how other jurisdictions could emulate that success.

Now, Korea is getting ready to join the tsunami of casino destination travel. Paradise City opened two years ago and now there are two more integrated resorts being developed. Incheon, which is the intended location of the 2 new sites which are scheduled to join the existing Paradise City venue, has the potential to turn into a gaming mecca for much of Southeast Asia.

Paradise City is Korea’s first casino operator to operate a casino on such a large scale. The company is partnered with Japanese electronic game specialist Sega Sammy and now leads South Korea’s foreigner-only casino market.  Paradise City is the only Korean casino (there are 17) that is open to Korean nationals.

Revenue is climbing. The casino’s first phases, which include a shopping mall, a boutique hotel, an art museum, a luxury spa, and Northeast Asia’s largest nightclub, opened in September. Inchon has now become a destination for Chinese gamblers who are taking advantage of thawed relations between the 2 countries. Chinese arrivals are up 15% and the increase shows no sign of abating, in large part thanks to its location on the doorstep of Incheon International Airport which handles more than 60 million passengers annually.

The second IR in Incheon is being built by Caesars Entertainment and is due to open in 2021. Caesars president of international development Steven Tight says, “Since Caesars new IR will be the first and only internationally branded integrated resort in the region, its debut will add a differentiated IR option….as evidenced by other markets such as Las Vegas, Macau, and Singapore, an IR fosters innovation in tourism products – new shows and attractions, better rooms, higher quality services which attract more visitors.”

The third gambling concern to target Korea is U.S. tribal casino operator Mohegan Gaming and Entertainment. Mohegan is going international with its Korea venue. It is due to open an integrated entertainment resort (IER), called “Inspire,”  In conjunction with its gaming venue Mohegan is partnering with Paramount Pictures to create a theme park on its Incheon property.

The company has also built the Inspire Super Arena which is meant to duplicate its Connecticut Mohegan Sun Arena.  U.S. entertainment promoter Live Nation will provide the acts for the arena which is scheduled to open in phases from early 2022. The arena will include an indoor climate controlled water park and pool area, a private air terminal and a hotel ballroom.

Mohegan Gaming CEO Mario Kontomerkos said “This is a combination of integrated attractions that just doesn’t exist in the market today,” “Inspire is the perfect catalyst to spark Incheon’s transformation into the industry.”

Playing at Casinos in South Korea

While South Korea may be openly courting casino tourism from around the world, the government is very conservative when it comes to Koreans playing casino games. There are presently 23 casinos in South Korea scattered throughout the country. Other than the new Paradise City, which just opened, only the Kangwon Land Casino & Hotel, which is located in a remote area roughly 55 miles from Pyeongchang — is open to South Korean citizens.

The country operates a lottery, horse racing, cycling, and boat racing and cycling betting, Koreans are forbidden to play at casinos, even outside the country. The country does, in fact, prosecute gamblers who visit overseas casinos and frequent visits to Macau or Las Vegas often draw the attention of prosecutors and can lead to criminal charges.

Gambling is seen as problematic by the Korean government but government officials and lawmakers have a real desire to build a casino industry that is catered to foreigners. One local attorney, an American who has worked in Korea for many years and spent a lot of time observing the government’s relationship to the casino industry, says “There are some conflicting ideas in order to induce more foreign capital into Korea that we need to liberalize casino regulations because the foreign investors may develop the areas and increase job numbers and ultimately promote the Korean economy,” the attorney said. “But many people’s reaction is that positives are limited and there are more side effects.”

The attorney notes that the South Korean government and the Korean society as a whole are most sensitive to problems caused by gambling addiction.