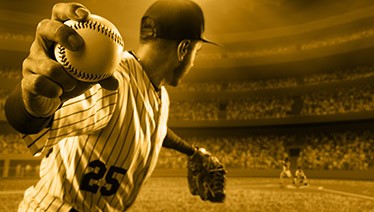 The NFL, NHL, and NBA have already begun to create partnerships with betting operators with the signing of additional such partnerships expected in the near future. The leagues, which originally opposed the idea of sports betting, are coming around and are taking the point of view that, if online casino sports betting is going to take place, the leagues, teams, and players might as well get their share of the action.

Major League Soccer officials have indicated that they’re ready to embrace legalized sports gambling. MLS commissioner Don Garber made the announcement last week when he said, "I've been to a lot of games in England  …If people are going to do it, you might as well manage it, organize it. You might as well generate tax revenue for it and find ways that the league could use it as a marketing tool to have people engage more with our players and our clubs."

Garber said that he thinks that legalized gambling will help attract a wider audience and bring the fans closer to the sport.  He commented, "At the end of the day, the most important thing for Major League Soccer as it relates to the potential of legalized sports betting is not necessarily revenue-driven. It's how do we engage more and more fans to participate, to get closer to our teams, to participate more deeply in our games."

One of the league’s first movies might be to allow a gaming company to purchase naming rights to the Red Bull Arena in Harrison, New Jersey. "If there's a possibility with a gaming company naming one of our stadiums, I'm all for it," Garber said. "We're in the process of getting close to a major league-wide sponsorship with a respected gaming company, and I'm very supportive of that as are the other leagues.”

Garber indicated that MLS will take it slowly when it comes to integrating "It's an evolving process. I think we have to see how it plays out state by state, but once the government says it's okay, we're certainly not going to do anything other than support it."

Red Sox President and CEO Sam Kennedy said “This is such a natural partnership for our two brands. MGM has set the standard in the hospitality and entertainment industry and their recent expansion into the Commonwealth makes them a clear partner. We are thrilled to welcome them to the Red Sox family and look forward to a long collaboration.”

The partnership, which is expected to boost the MGM brand in Massachusetts near its new MGM Springfield casino, will include:

MGM Resorts CEO and Chairman Jim Murren said, “We are excited to enter into this historic partnership with the Boston Red Sox. Combining the two iconic brands of the Red Sox and MGM Resorts will create a new one-of-a-kind fan experience for baseball fans unique to not only New England and MGM Springfield, but the rest of the country.”

In addition to its partnerships with the NFL and the NBA, has also partnered with the New York Jets football team. Murren said, “We look forward to continuing our work and partnerships in the world of professional sports and building on our success as a worldwide entertainment leader.”

MLB requested that sports betting on spring training be banned in Pennsylvania, New Jersey and Nevada. Pennsylvania agreed to pull the games while it reviews the request but the New Jersey Division of Gaming Enforcement (DGE) and the Nevada Gaming Commission denied the request.

Some observers believe that, since spring training accounts for minimal revenue, the request was simply an attempt to gain control of sports betting through a back door.

In New Jersey, baseball betting began in October 2018. Baseball wagering accounted for $153 million in sports betting handle in New Jersey. The NJ revenues were bolstered by New York gamers who crossed over to bet in the Garden State while their own sports betting legislation languishes in the State Assembly.

FanDuel a Loser for Paddy Power

Paddy Power Betfair reports that they lost a significant chunk on their acquisition of FanDuel Sportsbook. The gaming operator, which bought FanDuel’s sportsbook this summer, attributed the loss to “promotional and marketing spend in acquiring new customers.” Paddy Power is optimistic that the loss reverse quickly.

Paddy Power CEO Peter Jackson commented, “The opening of the US online sports betting market has the potential to be the most significant development to occur within the sector since the advent of online betting.”  Jackson added, “Rather than announcing our plans, we have moved quickly to give ourselves the best chance to win in that market. We are confident that FanDuel’s nationally recognized sports brand, 8 million customers, our Group betting expertise, and our market access partnerships position us very well. Our success to date supports this view, with FanDuel achieving a 35 percent online market share in New Jersey in its first 5 months of operation, and Meadowlands becoming a marquee venue for sports betting.”

Paddy Power is not deterred. Starting up a new sports betting segment is an expensive proposition and the company believes that it won’t see a profit for at least 18 months, and probably more. Much depends on the number of states that introduce legal online sports betting.

According to Jackson “Overall sportsbook contribution: quantum of investment losses will depend on the level of market growth in New Jersey; FanDuel’s performance in New Jersey; and the timing of regulation/launch in additional states. Contribution from newly launched online states will remain negative while the proportion of newly acquired customers remains high (due to high levels of promotional and marketing spend in acquiring customers).”

The UK company’s entrance into the American sports betting market comes at a time when the global online betting and gaming market is growing at a rapid pace. Some observers worry that regulation will be a problem for gambling companies but  Jackson believes that it will mainly benefit the largest operators.

In the meantime, while everything is up in the air regarding sports betting, luckily (no pun intended) we can still enjoy our beloved Grande Vegas online casino without all the hassles going on in sports.