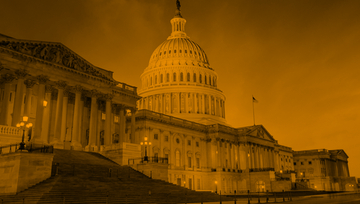 If the bill passes, it will give the Mashpee and Wampanoag Tribes control over their lands on the tribes’ reservation in Mashpee and Taunton. The tribes will be able to secure grants to build projects. Tribal members will enjoy new opportunities to create opportunities for economic development through the construction of a new casino. The casino is being planned to be built in East Taunton.

Tribal members and local officials expressed hope and excitement over the successful passage. They must now wait for the Senate to act.  Cedric Cromwell, chairman of the Mashpee Wampanaog Tribal Council, issued a statement, saying that the passage of the bill was a big step for his tribe. A tribal spokesperson said “To see Democrats and Republicans come together to save our reservation has been deeply humbling,” Mr. Cromwell said. “Our tribe has suffered so much in the past from the United States’s failure to protect our land—today the House of Representatives acted to change that history, and to help us take one step closer toward[s] a better and more secure future for the Mashpee people.”

Mashpee Town Manager Rodney C. Collins congratulated the tribe. He said that his town is also pleased at the development. “The town believes that this legislation is critical to maintaining the cultural and economic viability of the tribe, and, further, that it will prevent the tribe’s current reservation from being taken out of trust, which would create a host of uncertainties that could undermine the interests of both the town and tribe and cause jurisdictional confusion and hardship for both of our governments.”

HR 312 wasn’t a shoe-in but it wasn’t a particularly controversial piece of legislation until President Trump added his thoughts. Prior to the vote he tweeted “Republicans shouldn’t vote for HR 312, a special interest casino bill, backed by Elizabeth (Pocahontas) Warren. It is unfair and doesn’t treat Native Americans equally!”

Proponents of the bill were furious at the president’s insensitivity and uninformed comments. “It’s insulting because of a dumb tweet, an uninformed tweet, that we would hold up this legislation,” Rep. Norma J. Torres (D-California) said during a hearing on the bill at the House Rules Committee on Tuesday. “Stop offending our Native American tribes and start respecting their rights and their land.”

Some Republicans were unimpressed with the president’s intervention. Rep. Thomas J. Cole (R-Oklahoma) didn’t specifically mention the president but he did urge his fellow Republicans to support the bill when speaking at the rules committee hearing. Cole said that the misinformation was “almost scurrilous.” Cole’s statement said, in part, “There is no justification to try to reverse this decision and deny the tribe the land base it needs to have a measure of prosperity.”

After the bill made its way through the rules committee it went to the full House for a vote, where it passed.

Some Congressional representatives agreed with the president. Rep. Paul Gosar (R-Arizona) called on his colleagues to oppose the bill while speaking at the rules committee. He said that the proposed Taunton casino would benefit Genting Malaysia, the company that is financing the casino, but would not benefit the tribe. Rep. Gosar noted that, currently, the tribe owes approximately $500 million to Genting and the debt will almost certainly grow. If the casino project proceeds the tribe will be obligated to repay the loan, so it would be many years before the tribe could earn any money.

The tribe wouldn’t have that debt, Gosar said, if the land wasn’t given to the tribe in trust. Rhode Island representative Rep. David N. Cicilline, shared Gosar’s view. Cicilline  said that the passage of the bill will mark the first time that the federal government overruled a federal court judge on the matter of declaring trust lands for a tribe. This, said Cicilline, chich would set a dangerous precedent and could “open the floodgates” for tribes and lobbyists to pursue off-reservation casinos.

Rep. Joseph P. Kennedy (D-Massachusetts) supported the bill. He said that Congress frequently rewrites laws after federal courts strike them down. He also related to the issue of lobbyists and pointed to lobbyists that are fighting the bill. One prominent anti HR312 lobbyist is Matt Schlapp, a Trump Advisor and husband of White House strategic communications director. Schlapp has lobbied both Congress and the White House as a representative of Twin River Management Group, which operates a casino in Rhode Island near the Massachusetts border. Twin River is paying the Schlapp lobbying firm $30,000 for their help in fighting the proposed Taunton casino.

Kennedy noted that the Mashpees were one of the tribes that welcomed the Pilgrims at Plymouth Rock 400 years ago. He argued that passing the bill is the morally right thing to do.  “I am ashamed how our country has treated them in the 398 years since they shared their precious resources with strangers,” the Massachusetts congressman said. “I’m ashamed how our nation has treated many Native Americans throughout history. We have taken their land, we have silenced their languages, poisoned their water, disrupted their culture and dismissed their very humanity.”

Kennedy said that a “legal loophole” could wipe the tribe out of existence. He termed passage of the bill an opportunity “to right the wrongs of our past.”

In a speech about the bill on the House floor Republican Cole of Oklahoma argued that to take the tribe’s land out of trust would set a dangerous precedent for tribes across the country. “A threat on trust land anywhere threatens trust land everywhere,” Cole said.

The bill was sponsored by Rep. William R. Keating of Bourne (D-Massachusetts). He urged his fellow Congressmen to do the right thing. “To deny them the right to their land is an absolute disgrace,” Rep. Keating said. “Without land, the Mashpee Wampanoag are essentially treated as a second-class tribe with no ability to properly govern its people or provide essential services such as housing and education initiatives.”

The bill isn’t about casinos, Keating said.  “This is about doing the right thing, and it’s a disgrace in this Congress that politics and special interest and lobbying, and conflicts have taken over this debate. [The tribe] is part of our history. We wouldn’t be here without this tribe. Let’s respect that. Let’s pass this bill.”