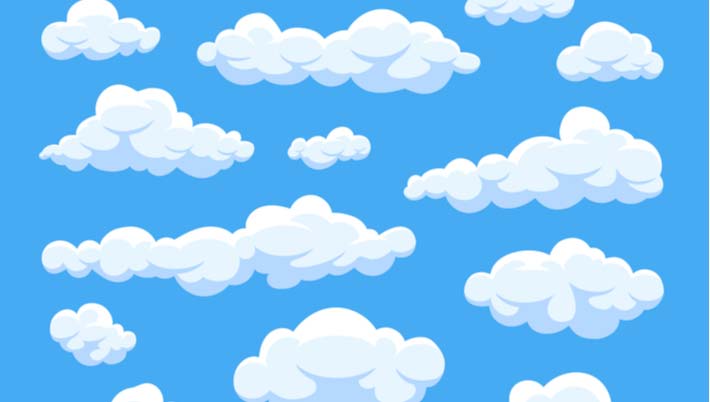 All in all, the gaming industry had a good year in 2020.  The global pandemic caused a lot of heartaches and headaches for billions of people but to counter their distress and boredom, many turned to video and online casino gaming. The gaming industry responded by introducing new games and new tech. One of the biggest trends of 2020 involved cloud-streaming tech which, on first glance, seems to be a game changer. But is it?

Vegas casino Cloud gaming involves the use of cloud-based servers to power gaming. Cloud-based games shift computing and game-processing from the gaming devices to cloud-based servers so gamers can easily play graphics-intensive content that, if they had been using a console, would have involved high-powered systems or lengthy downloads.

With cloud gaming, players access and play video games via a live-streaming connectivity. Gamers won’t need a powerful machine to access video gaming content. Even older computers, tablets and phones will be usable as gaming devices, provided that they connect to the Internet.

Powerful servers host and run the cloud gaming services with video streams of the gameplay compressed and then fed to the player through his/her online connection. The server processes the user’s control inputs and then sends them back.

The lag in sending the inputs back is one of cloud streaming’s biggest challenges, especially when online competitive games are involved because in such games, milli-seconds can decide the winner.  However, cloud services believe that, with time, they will beat this challenge.

Playstation Now is currently the world’s largest cloud gaming service. New services like Google Stadia, Microsoft Xbox, Facebook Gaming and Amazon Luna are introducing their own cloud services.  Executives herald cloud-based games as a huge step forward for the gaming community but some observers question whether subscription services will succeed with a community that  often focuses on its search for independence from the Big Companies.

It’s rare to see big changes in gaming. Even when a unique platform is unveiled or is launched, time is needed to amass a critical body of users who agree to adopt it. That means that, even when major designers/developers launch a new product, it still seems as though little has changed for quite some time.

In 2020 a number of ambitious projects were introduced including the  coordination of subscription growth, the redesign of the marketplaces the move towards instant payment software and internet networking as opposed to single-player storylines and one-time purchases.

The gaming industry’s most fundamental 2020 evolution, however, has been the forward movement of their cloud services.  In focusing on this element, industry insiders see  continued movement towards gaming platforms’ cross-play and the maturation of streaming using the virtual desktop.

Legacy platform owners have long resisted the cross-play as they want to maintain the tradition of gamers buying consoles that they know and trust. Epic Games’ Fortnight paved the way to a new path when they developed huge user bases to give developers more influence over their deals with platform owners. Following that, others began to see the benefits of the cross-play trend.

Now new corporate players are adopting cross-play which is forcing tech companies to pioneer different strategies that can draw third-party candidates into the console-maker battles.

Many dedicated gamers have already voiced their disappointment with today’s cloud-gaming platforms. They don’t offer enough of a content selection, they say, and they lack top-tier graphics. The Ericsson mobile company, in a study entitled Mobile Cloud Gaming – an Evolving Business Opportunity, believes that the future of cloud gaming hangs with mobile.

The report found that, while casual gamers dominate mobile gaming today, cloud gaming and 5G technologies have the potential to bring high quality experiences to mobile users who don’t need to purchase expensive hardware in order to play via cloud on their mobile devices.

Most services providers who have launched 5G for the commercial market are planning on offering mobile cloud gaming services which should open up new business opportunities. The mobile 5G network will be able to supply the 20-30ms end-to-end network latency that is needed for multiplayer interactions in games that include fast multiplayer interactions and first-person shooters. Reliability is estimated to be 99.9% for both uplinks and downlinks.

Game streaming services will soon be available for smartphones and will provide the same quality of experience as that of a PC or console game stream. In addition, more innovative and more immersive game experiences will be available through the mobile network.

Ericsson acknowledges that the mobile cloud gaming market is in its infancy but says that the size of the wider games market, of which 50 percent is mobile, makes it certain that cloud gaming will soon be available to mobile gamers worldwide. As the number of smartphone owners grows and as the capabilities of 4G and 5G networks evolve, the market for cloud gaming services will expand.