The Status of Vegas Casino Sports Betting in America Today 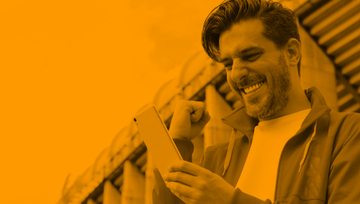 In May 2018, the Supreme Court ruled that the federal law that had outlawed sports betting in almost every state in the United States was unconstitutional.  The ruling effectively ended the Las Vegas monopoly on U.S.-based legal sportsbook. Today, sports betting laws have passed or are pending in 13 states. Legislatures in another 35 states are considering such legislation. Soon, in only a minority of states will it be impossible to wager on sports.

New Jersey was the state that pursued the case through the Supreme Court. When the SCOTUS ruling, that invalidated the Professional and Amateur Sports Protection Act was handed down, New Jersey Gov. Phil Murphy made the first-ever legal sports bets in New Jersey’s history.

Murphy’s wagers -- $20 on Germany to win last year’s World Cup and another $20 on the New Jersey Devils to hoist the 2019 Stanley Cup – lost. However, the Supreme Court decision has been an overall win-win for his state.

Betting on sporting events is a favorite pastime for Americans. According to the American Gaming Association, an estimated $150 billion is wagered annually. Up until the May 2018 SCOTUS ruling, the bets were made in a gray market controlled by offshore sportsbooks and illegal bookies.

New Jersey’s rapid ascendancy was due to several factors. First of all, the state hosts a well-established casino and online gambling industry so the infrastructure was already in place for the state to hit the ground running.

Secondly, neighboring New York is lagging behind. Only casinos located upstate can take sports bets. In addition, at present, New York has no online betting at all. Thousands of New Yorkers take a quick jump over the state borders every month to place sports bets in New Jersey and those New York bets account for a good portion of New Jersey’s handle.

The question that many states are asking, as they mull over sports betting legislation, is whether they can cash in on legal sports betting in the same way that New Jersey has done. There’s a lot of anticipation of the millions of dollars that the states hope that sports betting will bring in to fund education, infrastructure, social services and other government programs.

In New Jersey, a recently-established Casino Revenue Fund benefits senior citizens and disabled residents. Other states want to make that available to their residents as well.

An additional two dozen states are either considering legislating sports betting or preparing to activate laws already on the books. It’s expected that, by the end of this year, at least 35 states will be considering bills to legislate or expand sports betting – including adding online betting to existing sports betting legislation. Gambling Compliance, an industry research and consulting firm, is even more optimistic, estimating that by 2024, as many as 40 states could allow some type of sports gambling and that close to half of the population of American will live in a state that has some form of sports betting by December 2020.

The expansion is helping to boost total industry-wide revenue. Nation-wide, legal and regulated sports betting accounted for $430.2 million in 2018. According to the American Gaming Association’s annual “State of the States” survey of the nation’s commercial casino industry, that was up nearly 65% from  $261.3 million in 2017.

The industry is expecting revenue to jump exponentially, since the 2018 numbers reflect only the period immediately following the PASPA repeal.

Legal Sports Betting’s most recent calculations indicate that, nationwide,  more than $4.4 billion in handle and $259 million in revenue (the amount taken in after payouts) has been generated. According to Legal Sports Betting, since the PASPA repeal, sports betting operators have reported  a total handle of over $8 billion. Over that period, sportsbooks kept more than $500 million and paid over $60 million in taxes to their respective cities and states. Projections from Gambling Compliance indicate that the U.S. legal sports betting market will bring in as much as $7.9 in revenue by 2024.

The procedure to set up sports betting in each individual state can be arduous. Each state’s legislature must craft its own rules and regulations for racetrack betting, online and mobile sports wagering, partnerships with on-site casinos, tribal casino regulations, etc. The licensing fees and tax rates vary widely from state to state. For some states, a referendum or public vote is required to authorize the legislature to set up such regulations. All these issues combine to create a true mish-mash of American sports betting.

There also vast differences in the  portion of the revenue earned by sports betting operators that is taxed. Many pro-sports betting advocates try to convince voters and legislators to support sports betting because these funds, they say, will go to support state social welfare, educational and development programs. However, the amount that actually enters state coffers varies, depending on tax rates.

For example, New Jersey levies 13% on online and mobile platforms and an 8.5% tax on land-based operators. The state also collects 1.25% from everyone for Atlantic City marketing efforts. Pennsylvania has a 34% tax rate on casino operators while Rhode Island and Delaware tax approximately 50% of operators’ monthly revenue. Mississippi sports betting operators pay an 8% state tax plus a 4% local tax. Nevada imposes a 6.75% tax on all gambling activity, including sports betting.

Despite the competition, Nevada was able to claim a record $301 million in sports betting revenue in 2018 and the other 7 states where sports betting became legal brought in a combined $129.6 million. In the first quarter of 2019, Nevada’s sportsbooks reported $1.88 billion in handle and $104.6 million in revenue.

Sandra Douglass Morgan, chairwoman of the Nevada Gaming Control Board commented “As you can see from our numbers, Nevada continues to be the market leader in sports betting.” She noted that the PASPA decision has not had a negative impact on Nevada’s sports betting industry.