The Use of Cybercurrency in Vegas 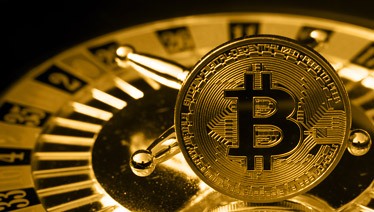 There are many venues in Las Vegas where cybercurrencies are an accepted form of payment but in many of the casinos, bitcoins and other forms of cybercurrency payments are not yet accepted.

Observers note that cryptocurrency promises benefits for the regulated Nevada industries including land-based casinos and for online games, as well. It also might become more widely used in the other major Nevada industry – marijuana. Yet in the casinos, bitcoins can be wagered at the slot machines or at the tables only after the gamer converts it into cash at a special ATM that is located on the casino floor.

Proponents say bitcoin’s blockchain technology could help big gamblers export their money from countries that limit the movement of cash. That makes some casino executives nervous because it might implicate them in court actions as a result of the patron's payments. The Nevada Gaming Control Board and the Nevada Department of Taxation have not yet come up with a plan to address these concerns. This leaves the casino operators floundering with no clear rules by which to proceed.

Representatives from the Nevada Gaming Control Board and the Nevada Department of Taxation are not discussing the possible use of bitcoin at casinos. They say that no one has formally requested permission to accept cryptocurrency for casino chips. The Nevada Legislature has prohibited taxing or licensing cryptocurrency.

Privately, several former and current regulators have expressed concerns about money laundering in cash-heavy industries. But advocates of the use of cryptocurrencies in the casinos say that technology and federal regulations have solved security problems specifically regarding exchanges that don't require proper personal identification.

Las Vegas businessman Michael Wagner, along with Gabriel Allred, founded Tokes Platform, a cryptocurrency for the marijuana industry. Wagner said that Nevada’s lack of regulation could actually help make the state a cryptocurrency leader. “Our great business environment, low cost of living and low cost of doing business makes Nevada perfect for it.”

The first Nevada casino owner to embrace bitcoin was the D Casino in Las Vegas. Owner Derek Stevens started hearing about cryptocurrencies about four years ago from tech workers who visited his casino. “They all were showing me their bitcoin, you know, on their phone, and were like, ‘Man, we wish we could spend it,’” Stevens said.

Stevens decided to accept bitcoin for gift shop purchases, hotel stays and meals. His position, as the owner of a small, privately held hotel-casino, gave him more leeway to experiment.  For gaming activities, Stevens installed a bitcoin ATM on the casino floor where players could convert their cryptocurrency into dollars. Stevens said he believes his was the first casino in the world to introduce bitcoin ATMs.

Others, including the no-longer-operating Lucky Dragon, followed suit. State regulations did not require Stevens to inform regulators but regardless he invited A.G. Burnett, then-chairman of the Gaming Control Board, to the installation of the bitcoin ATM.

Today, D customers can transfer bitcoin from cellphone apps to pay for meals or hotel stays in addition to the currency transfers at the casino-floor ATMs.

To Stevens' surprise, his innovation, which was done in order to attract tech workers to his casino, resulted in an influx of overseas visitors. Players from across the ocean were attracted to the casino because it gave them an outlet where they could spend their cryptocurrency. Stevens commented “I’ve seen a lot of people who travel internationally (use bitcoin) because it’s an easy way to hold value and an easy way to transfer” money.

Casinos are sensitive to the laws of countries such as China which doesn't allow their citizens to move large amounts of cash outside the country. The casinos know that cryptocurrencies are one way that people can avoid those restrictions and they don't want to create difficulties with other governments. Stevens, however, is skeptical. "I’ve never had a Chinese national come to me and say, ‘I’ve got $8 million; is there a way’ to gamble with it."

Stevens is pleased with his present situation and doesn't plan to increase the roughly $5,000 daily withdrawal limit on the D’s bitcoin ATM or to accept cryptocurrencies other than bitcoins. “I haven’t pushed it because I don’t know that people with bitcoin are necessarily the biggest gamblers,” he said.

Where he does see a change is the way that cybercurrency users use their cryptocurrency to enjoy other casino amenities. These include buying pricier meals and wines. He does, however, note that the D's revenues have increased since the casino started accepting bitcoins, calling the increase “meaningful.”

Most of the big names on the Strip don't seem interested in following the D's lead. Spokespersons for Las Vegas Sands Corp and for MGM Resorts International said the companies are not considering accepting cybercurrencies for any payments of any gaming activities or other amenities at their casinos.

One reason is that higher fees make it impractical to use the cybercurrency for small purchases. No one is going to buy a $4 item in the gift shop and pay a $16 fee. For bigger purchases such as expensive meals and hotel stays, using a cybercurrency makes sense.

Stevens, for his part, is pleased that he made the switch and feels comfortable in his casino's lead in the acceptance of cybercurrency payments.

In theory, this would enable patrons to eliminate the embarrassing paper trails that can destroy a reputation or a relationship. But for the club’s creators, it’s a marketing tool, tapping into people’s desire for something new in the bumps and grinds of a very old profession.

In a unique Vegas-cybercurrency partnership, a Gentleman's Club, the Legends Room, has opened where male visitors can tip the dancers through cybercurrency payouts.

Instead of slipping a $20 bill into a dancer’s thong at any of Vegas's two dozen strip clubs, guys can scan a QR code on the dancer's body. The tip will be transferred into the girl's digital wallet.

The Gentleman's Club hopes to attract foreign visitors as well as tech-convention attendees and bring in the “bitcoin nerd crowd.” One of the owners, Peter Klamka, echoes Derek Stevens when he says “Other than this club, there aren’t many places where you can spend your bitcoin.” Since opening, the club has raised nearly $2 million.