Three Ways that Trump Can Impact on the Casino Industry 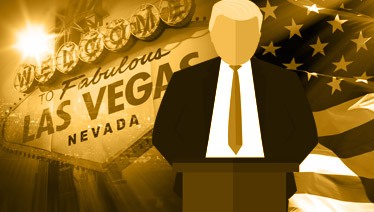 President Trump has had a long and complex relationship with US casinos. He is one of the major casino owners in New Jersey's Atlantic City but that venture hasn't always been as profitable as he might have hoped.

Now the industry waits and watches to see how Trump's presidency will impact on the casino industry. Will he take action to prop the industry up? Give casinos tax breaks? Support legislation that will allow the casinos to offer online games? Promote the development of casino centers in new areas of the country?

In the early '80s Donald Trump began purchasing properties along the Atlantic City boardwalk. Before building his own Taj Mahal casino he bought out two other Atlantic City casinos – a Holiday Inn venue and a Hilton Hotel casino.

The Trump Taj Mahal opened in 1990. Much has been made of Trump's use of junk bonds to fund the project – later, when the gaming industry was struggling, the interest rates became unmanageable on the loans and Trump eventually declared bankruptcy.

The Trump Hotels and Casino resorts operated until 2014.  The Trump Taj Mahal closed in 2016, shortly before Trumps election as president.

The U.S. casino industry, in general, is experiencing sagging profits and it would like to see the industry deregulated. At one point Trump was a critic of deregulation – he was accused (though never convicted) of secretly funding advertisements that attacked a the St Regis Mohawks, a Native American tribe that was seeking to open a second casino in New York. In opposing deregulation Trump argued that Native American tribes would not police their casinos as well as he and other established operators did.

In those years Trump's objections focused on the prevalence of organized crime in the casinos, testifying to a House subcommittee that he doubted that “an Indian chief is going to tell Joey Killer to please get off his reservation…..organised crime . . . is rampant on the Indian reservations. It will be the biggest scandal ever or one of the biggest scandals since Al Capone in terms of organised crime.”

While Trump claimed that the spread of Native American casinos would foster criminality, he didn't predict that the party he now leads includes casino-owning political big-wigs.Things are different and these casino operators are waiting to see how Trump can make their lives easier. Trump hasn't let himself get pinned down on any deregulation chatter.

Another area of interest involves America's relationship with online gambling. The United States tightly restricts online gambling. Only three states currently facilitate online gaming though more would like to get in on the act.

In the United States much of the difficulty comes from banks that block financial transactions to online gambling websites. Trump, however, has indicated that overall, he wants to do away with red tape that keeps different industries tied to old, archaic laws and unable to grow and expand. Based on this concern, the casinos hope that Trump will push deregulation so that the gaming industry can flourish.

The online casinos argue that a deregulation of gambling laws would deliver more taxable income to the states. Trump has also invested in the gaming industry so on a personal level he would, presumably, be interested in seeing the industry move forward.

Operators of land-based casinos aren't necessarily looking to the online market to shore up their casinos. They are looking to Trump to provide necessary protections that will give them the financial and legal push to continue to expand their casinos. In general, the industry is looking for basic moves on the part of the administration that will allow their businesses to move forward. Some of them include:

Does Trump have conflicts of interests? Trump's past ownership of the New Jersey casinos makes it clear that he is knowledgeable and sympathetic to the needs of the gaming community. He maintains friendships with key players in the industry and has many political connections with industry bigwigs (including Sheldon Adelson).

Yet it appears that legally, there is no conflict of interest for Trump in terms of his former casino properties. His influence and relationships within the industry will, the industry hopes, carry over into his administration as he gives the legislative direction that may help or hinder the American gambling world.