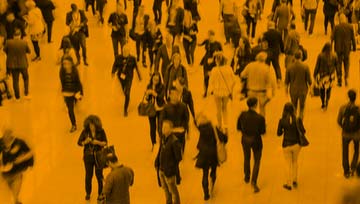 In the ‘70s -- the early days of video games — gaming wasn’t an “industry.” There were just a few companies with a few employees in each. Everybody seemed to know everybody else and many of those early companies collaborated freely. First there was the “arcade boom” and that was followed by home computers, mobile devices and game consoles. Over the years, as the popularity of video gaming grew, the need for events where people involved in the industry could collaborate grew - whether it was to share tech know how, ideas for player perks like casino sign up bonus give-aways, new game development, gaming a.i. or an unlimited number of subjects. Thus was born an industry of its own – Games Industry Events.

Today, video gaming is a $100 billion industry. Tens of thousands of employees make their living in gaming, working in fields as diverse as art, programming, production, design and audio. With all that technology and all those people, it’s obviously more difficult for game developers to keep up with the trade and the latest development in the industry.

That’s how trade shows and other types of industry events evolved. Every year, varying industry groups host special events so that game developers, casino operators and other individuals from around the world who are involved in the gaming world can get together and share their experiences and their wares.

Some of the events focus on sub-fields within the game development field while others  are general-purpose. Each offers attendees the chance to network, collaborate, hunt for jobs, hire new employees and share knowledge — all the while, socializing with their peers while celebrating the industry.

Few other industries have such a full and varied schedule of events. What are the best events for those in the gaming industry?

There’s entertainment throughout the show with concerts and popular personalities plus competitions and tournaments. There are also some unique PAX South-style events such as the tournament that features YouTube and Twitch influencers as they face off to determine which team is the top influencer in the gaming world.

MGS is one of the few events where you won’t find any vendors.  The event takes place in San Francisco and is full of panel discussions and lectures about mobile growth.  Presenters include marketing professionals who specialize in the area of monetization, retention/engagement, user acquisition and re-engagement in the mobile gaming industry The discussions also touch on analytics and data science as they pertain to retail, eCommerce and mobile brands.

Pax East, held in Boston Massachusetts, is a festival for gaming professionals who are engaged in all genres of the gaming world. Attendees come together and explore the future of gaming. Participants will find big booths with every possible type of vendor along with games that have not yet been released, compelling panels and a lot of entertainment. PAX East is where people who make games and people who want games meet.

Moving across the ocean, Games Week Berlin brings together gaming professionals who are involved in games’ businesses and development in Europe. They engage in a cross-industry communication and networking event. The event takes place over the course of 7 days and combines multiple events for gaming enthusiasts and industry representatives alike. Attendees include game developers, investors, influencers and publishers from the media industry and from public institutions. Families, fans and other gaming enthusiasts also attend.

Educational Game Jam, which takes place in May in Moscow, is a unique and intense weekend Game Jam where developers learn how to design educational video games that include a social impact related to gender roles. Participants need no previous knowledge or experience to join. Everyone receives a Certificate of Participation signed by the United Nations Sustainable Development Goals, the sponsoring organization.

Brazil’s Independent Games Festival is an important international indie games event. The festival aims to strengthen Brazil’s gaming culture. During the festival there are competitions between international and national games. The exposition features select games and the festival also includes workshops, seminars, awards and business matchmaking. The festival is one of the gaming world’s biggest with over 4000 speakers and thousands of business meet-ups. Recently the festival has paid particular attention to sub-areas of game development including VR, AR, music and animation.

GamesAid is an annual Charity Poker tournament that’s held in Brighton England. Games industry players register their £50 donation/buy-in to take part in the tournament and guarantee one of 60 places. The game played is Texas Hold ‘Em No Limit. No Cash prizes are available but many of the world’s biggest poker stars attend this tournament for the exposure value.

Replay FX is basically an arcade – a big, big, big arcade. It’s the largest arcade in the world and event participants have the chance to explore more than 1000 classic pinball and arcade machines along with old and the newest console systems.

The arcade is managed by the Replay Foundation, a non-profit organization dedicated to preserving gaming-related technology and history. Today Replay FX is the largest living museum of tech culture. It also displays associated retro video games and pinball machines.

Dubrovnik, Croatia is the setting for the Baltic DevDays where programmers, producers, artists and others involved in interactive game development connect. At BBD these participants get together to exchange ideas which, they believe, will shape the future of the gaming industry. The event is held over the course of two days and includes panels, workshops, lectures and other opportunities for attendees to explore business and partnership opportunities.

Turns out that the Middle East is a hot spot for gaming enthusiasts and the Middle East Games Con demonstrates just that. It has doubled in size in the last 2 years and brings together 30 speakers and 18,000 visitors for 3 days in Abu Dhabi. Clients meet with other industry professionals and other attendees have the chance to explore new games and old favorites.

Turns out that November and December are slow times for gaming festivals, conferences and other big events but that just gives everyone time to start planning for next year!