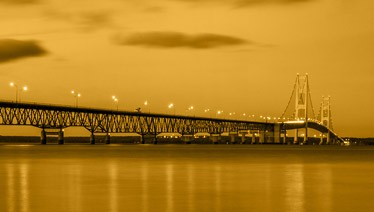 Over the years, the issue of tribal casinos has returned to the Supreme Court numerous times. States attempted to exert authority over the Vegas online and land-based casino activities that took place within their states and the tribes fought back, arguing that the states lacked authority to make these types of decisions.

In 1988 Congress passed the Indian Gaming Regulatory Act that states that native tribes have sovereignty rights that are protected by the federal government from interference by state government. In reality, that means that Congress, and the Federal Government, regulate tribal casino activities and they don’t come under the auspices of the state government.

IGRA gives tribal governments the right to create casino-like halls where the tribe and the state are in a Tribal-State compact. The federal government regulates the gaming. The tribes have "exclusive rights" to all classes of gaming other than in cases in which the activities clash with federal law or where the state doesn’t accept that class.

In cases where compacts have been established between states and tribes, state officials have used articles of the compacts to confiscate casino revenue from tribal casinos. The casino revenue, they say, serves as a "special" tax on Native reservations.

Some news from some of the national tribal casinos:

The Bay Mills Indian Community is back in court, four years after winning a case in front of the United States Supreme Court concerning its plan to bring a casino to the small town of Vanderbilt in northern Michigan. The Bay Mills Indian Community, which was one of the first aboriginal groups to open a full-fledged casino in the United States, had plans to add a third casino to its 2 existing sites – Kings Club Casino in Brimley and the Bay Mills Resort and Casino in the Upper Peninsula.

In 2010 the tribe opened the Vanderbilt casino but closed soon afterward after the state claimed that it was illegal. The tribe took the case to the US Supreme Court which ruled that the state of Michigan could close the casino because neither the Bay Mills Indian Community nor Congress  had waived their sovereign immunity. The state, Justice Elena Kagan wrote for the majority, had no power to prohibit the tribe from conducting gaming on its Indian lands, including on its own reservation.

The State of Michigan fired back, filing a motion with the Sixth Circuit Court of Appeals in which it asked for a summary judgement on whether the site on which the tribe wants to built the Vanderbilt Casino is, in fact, “Indian Lands.” According to the state, the land should not be classed as aboriginal. The state cited the Indian Gaming Regulatory Act of 1988 which mandates that tribes operate gaming only on those lands over which they exercise jurisdiction.

The tribe countersued, noting that the land was purchased using some of the $8.3 million given to the tribe as part of 1997’s Michigan Indian Land Claims Settlement Act. The tribe claims that Vanderbilt ‘is located within the lands our tribe ceded to the United States’ via 1836’s Treaty of Washington. Further, the tribe notes that Michigan Indian Land Claims Settlement Act states that all property purchased with such proceeds ‘shall be held as Indian lands are held’.

The Aquinnah Wampanoag tribe has announced that it will partner with the Chickasaw Nation to build a casino on Martha’s Vineyard.

The Class II gaming facility will offer bingo and other electronic games at the new gaming facility which will be located in Gay Head, just south of Cape Cod. Chairwoman of the Aquinnah Wampanoag tribe Cheryl Andrews-Maltais said “we are beyond pleased that the right of the Aquinnah Wampanoag to conduct gaming on our tribal lands has been unequivocally affirmed by both the federal appeals court and Supreme Court of the United States.Now we look forward to partnering with another tribe to bring economic development to Aquinnah and Martha’s Vineyard. The Chickasaw Nation’s success speaks for itself and we are honored to be in partnership with them.”

The Chickasaw Nation is centered in Thackerville Oklahoma. It runs the WinStar World Casino and Resort which is a 600,000 square foot casino floor, making it the world’s largest casino site. After the Aquinnah Wampanoag Tribe successfully challenged the town of Aquinnah’s opposition to a casino and won the right to open a gaming facility on its native land, it turned to the Chickasaw Nation to help them develop a casino center.

Skip Seeley, Chief Executive Officer for Global Gaming Solutions which is the commercial business of the Chickasaw Nation, said “developing gaming and entertainment operations that further the economic development goals of Native American Tribes is central to our business charter. We are excited to partner with the Aquinnah Wampanoag Tribe as they launch this project to support the local economy in Martha’s Vineyard and create opportunities for their tribal citizens.”

Chairwoman Andrews-Maltais declared “As the People of the First Light, we are the stewards of our lands, and we’re dedicated to preserving the atmosphere and beauty of the Island. Any gaming facility we operate will blend in with the rest of the Island, and the Tribe will work with local businesses to create a positive economic impact for our neighbors in the larger Island community.”